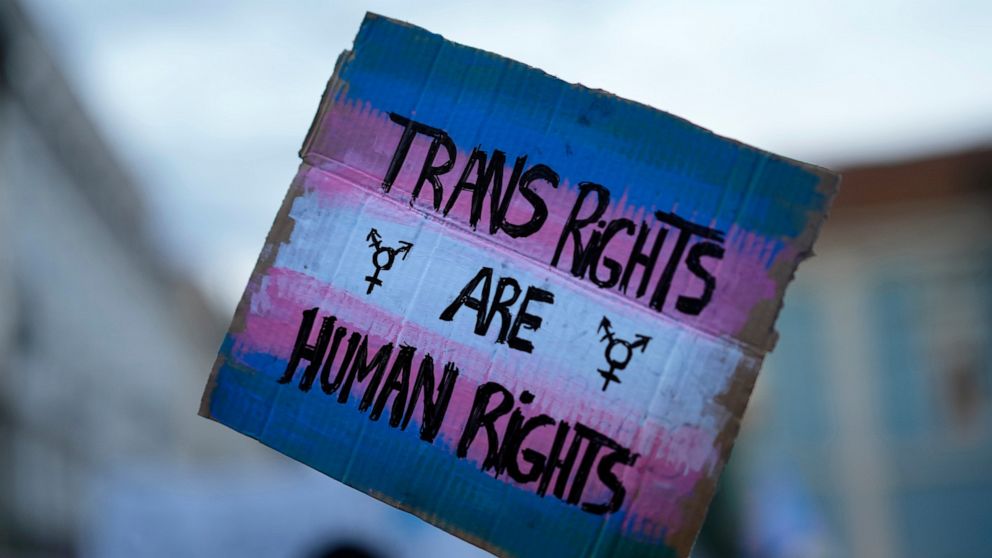 At least 32 transgender and nonconforming people will have been killed in the United States by 2022, the Human Rights Campaign announced Wednesday in its annual report ahead of Transgender Day of Remembrance.

Transgender people of color account for 81% of known victims this year and 59% are black. Trans women are disproportionately represented, as in recent years, also accounting for 81% of the deaths recorded at the time of publication.

The human rights campaign has documented at least 302 violent deaths of transgender and non-conforming people since the LGBTQ advocacy organization began tracking such fatalities in 2013 — the same year the FBI began tracking hate crimes against transgender people.

The victims are “predominantly black, under the age of 35 and killed with a firearm,” the report said.

Black transgender women, such as Shawmaynè Giselle Marie, a 27-year-old nurse who was killed in June in Gulfport, Mississippi, make up 63% of all recorded victims since 2013.

This week is Transgender Awareness Week and leads to Sunday’s Transgender Day of Remembrance, an international commemoration to honor those killed by anti-transgender violence and to draw attention to the threats transgender people face.

The Human Rights Campaign notes that the number of fatalities is likely understated because transgender deaths often go unreported or the victims are misrepresented in news or police reports. The data does not include those who died by suicide, which has also been documented with significantly higher rates among LGBTQ people than the general population.

The report found that since 2013, 15 transgender people have been killed by police or while held in prisons, prisons or ICE detention centers, including two this year.

Other victims were killed by a person they knew. As of 2013, nearly one-fifth of those known to be the killer have been murdered by an intimate partner.

Among them is Ray Muscat, 26, who was shot dead by his girlfriend in May in Michigan.

Fewer deaths have been reported than at the time of last year’s report release: 47. In 2021, the human rights campaign recorded the highest number of fatal assaults against transgender and non-conforming people, with 57 deaths by the end of the year.

Shoshana Goldberg, public education and research director for the HRC Foundation, said this year’s report comes amid the largest recorded wave of state-level anti-trans legislation, which she says has been largely fueled by disinformation and stigma.

Some bills sought to restrict discussion of LGBTQ topics in schools, restrict gender-affirming health care, and prevent transgender children from playing on sports teams or using bathrooms that align with their gender identity.

Such accounts, she said, fuel anti-LGBTQ sentiment by portraying queer and trans people as a risk to children and communities.

According to the report, states have passed 25 anti-LGBTQ laws so far this year, including 17 targeting transgender people. More than 145 anti-transgender bills have been introduced in 34 states, the largest number recorded by the Human Rights Campaign in a state legislative session.

While the bills don’t directly encourage violence against LGBTQ people, Goldberg said, they enforce a culture of bias that is often exacerbated by racism and sexism and can lead to an increased risk of fatal violence.

“This year saw an unprecedented amount of negative rhetoric and stigma directed by anti-equality political leaders and public figures at transgender and non-binary people, as well as their families, loved ones and even their medical providers,” Goldberg said. separate that from the horrific, ongoing violence against transgender people.”

According to the Williams Institute, a think tank focused on LGBTQ issues at the University of California, Los Angeles, an estimated 1.6 million people in the US age 13 and older identify as transgender.

Hannah Schoenbaum, based in Raleigh, North Carolina, is a member of the Corps of the The Bharat Express News/Report for America Statehouse News Initiative. Report for America is a non-profit national service program that places journalists on local newsrooms to report on undercover issues.