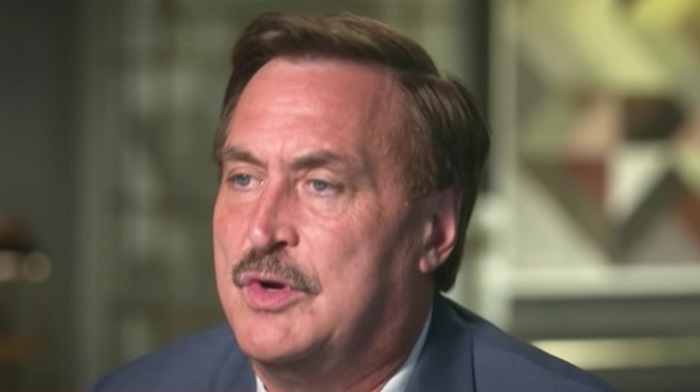 Mike Lindell, the CEO of MyPillow, an ally of President Donald Trump, has reportedly received a search warrant and his cell phone was seized by the FBI while he was at a Hardee’s drive-thru in Minnesota.

The New York Times received confirmation from the FBI field office in Denver that Lindell had been given a warrant, though they provided few details and declined to comment.

The report indicates that the CEO of MyPillow was questioned about his connection to Tina Peters, a county clerk in Mesa, Colorado who was recently charged with state charges over a plan to download data from voting machines used in the 2020 presidential election. .

Peters pleaded not guilty to the charges. There is no indication that Lindell is the target of the investigation, but the prominent businessman said he was questioned about his relationship with her.

According to Mike Lindell, the FBI seized his phone tonight. pic.twitter.com/a7iiF2fPT8

It’s hard to determine what the FBI might be looking for in a celebrity pillow seller and how serious his role could have been in voter fraud.

And much of the account of Tuesday’s events comes from Lindell himself reading parts of a letter from the FBI on his online TV show.

Lindell is a very vocal promoter of unproven claims of widespread voter fraud in the 2020 presidential election.

“I said to my friend, I said, ‘That’s either a bad guy or it’s the FBI,'” he recalled when his vehicle was reportedly surrounded by others being driven by agents.

Tucker Carlson: “The FBI just raided the guy who sells pillows on this channel. Not because his pillows are bad, but because they don’t like who he voted for.” pic.twitter.com/pKc4KFRVV7

Lindell says he was initially hesitant to give up his cell phone because he does most of his business on that phone and probably couldn’t continue to do so.

“They surrounded me at a Hardee’s and took my phone with which I do all my business, everything I do,” Lindell claimed. “What they’ve done is arm the FBI, it’s disgusting. I don’t have a computer, that phone, everything was on everyone.”

The CEO of MyPillow told the New York Times that the FBI’s alleged attempts to silence him as a Trump supporter would not work.

“They think they’re going to intimidate me,” he said. “That’s disgusting.”

Conservatives reacted to the news that MyPillow CEO Mike Lindell had his cell phone confiscated by criticizing the FBI’s tactics.

“The FBI just raided the guy who sells pillows on this channel not because the pillows were bad,” joked TBEN News host Tucker Carlson, “but because they don’t like who he voted for.”

Carlson called the robbery “peak insanity” if what Lindell reports turns out to be true.

Former President Donald Trump responded to the alleged events by agreeing with the CEO of MyPillow that the FBI is armed against political opponents of Joe Biden.

“We now officially live in an armed police state, staged elections and all,” Trump wrote on his Truth Social media feed. “Our country is a laughing stock all over the world.”

“The majesty of the United States is gone. I can’t let this happen. TAKE AMERICA BACK!” he begged his followers.

The only law Mike Lindell could have broken was being close to Donald Trump. Liberals call us the threats to democracy, then cheer when government intelligence agencies confiscate the phone of a man who does nothing but sell pillows and talk about melting voting machines

TBEN reported Monday that despite guidelines instructing the DOJ to refrain from investigative activity within 60 days of an election, two top Trump officials seized their cell phones, while about 40 other employees were subpoenaed in a flurry of activity in the past few days.

“We told you last night that the Biden administration has politicized law enforcement to the point where it feels Soviet — and we’re not exaggerating,” Carlson said.

‘These people stood behind us’: US veterans lobby to rescue allies trapped in Afghanistan