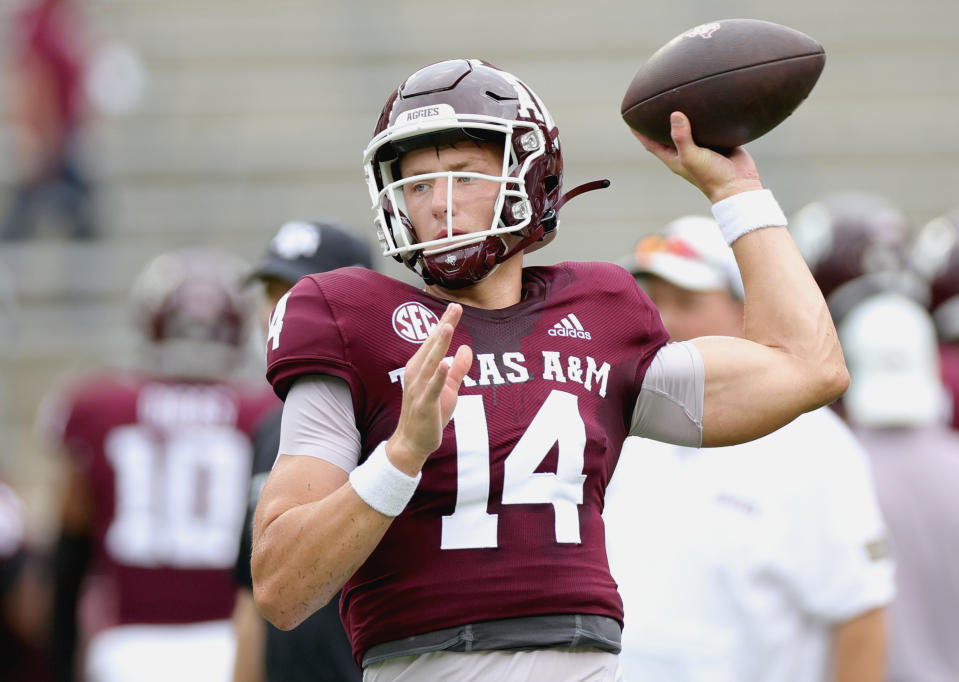 Texas A&M is reportedly making a change at quarterback ahead of Miami’s week 3 visit Saturday night.

Haynes King started the first two games of the season for the No. 24 Aggies, but will be replaced by LSU transfer Max Johnson against the No. 13 Hurricanes according to multiple reports. Johnson, the son of former NFL QB Brad Johnson, transferred to A&M after the 2021 season amid wholesale changes at LSU. He lost to King in the Aggies’ offseason QB competition.

That meant that for the second season in a row, King started the season as the top QB of the Aggies. But he struggled immensely in A&M’s 17-14 loss to Appalachian State. King was 13-of-20 for 97 yards, as the Aggies had less than 200 yards of total offense. A&M was 2-of-8 on third downs and had the ball just over 18 minutes when Appalachian State successfully played keep away to shorten the game.

A season ago, King started the first two games of the Aggies before not appearing in another game for the remainder of the season due to injury. King suffered a lower leg injury in the second game of the season against Colorado and was replaced by Zach Calzada. He transferred to Auburn at the end of the season.

Johnson transferred to Texas A&M when his brother Jake signed with the Aggies as part of A&M’s No. 1 ranked 2022 recruiting class. Jake Johnson was a four-star recruit and number 4 in the country, according to Rivals.