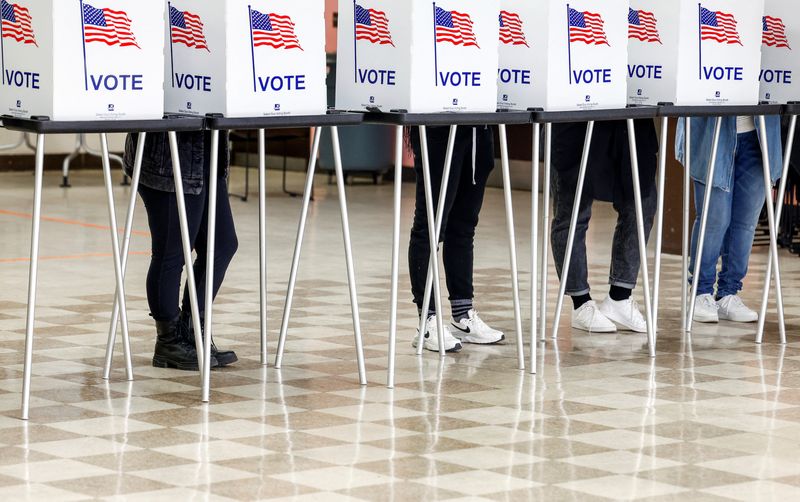 WASHINGTON (Reuters) – Republicans have won a net three seats in the US House of Representatives previously taken by Democrats, with 371 of the 435 races not yet called, Edison Research predicted Tuesday.

For House races, Edison Research keeps track of the net number of seats that go from one side to the other, as opposed to the net gain or loss of total seats by either side.

The flip count doesn’t account for seven new seats created during the Congressional realignment and two races in which a sitting Democrat and a sitting Republican face each other because of the realignment.

So far, Republicans have won 45 seats in the 435-seat House and Democrats 19, Edison predicted.