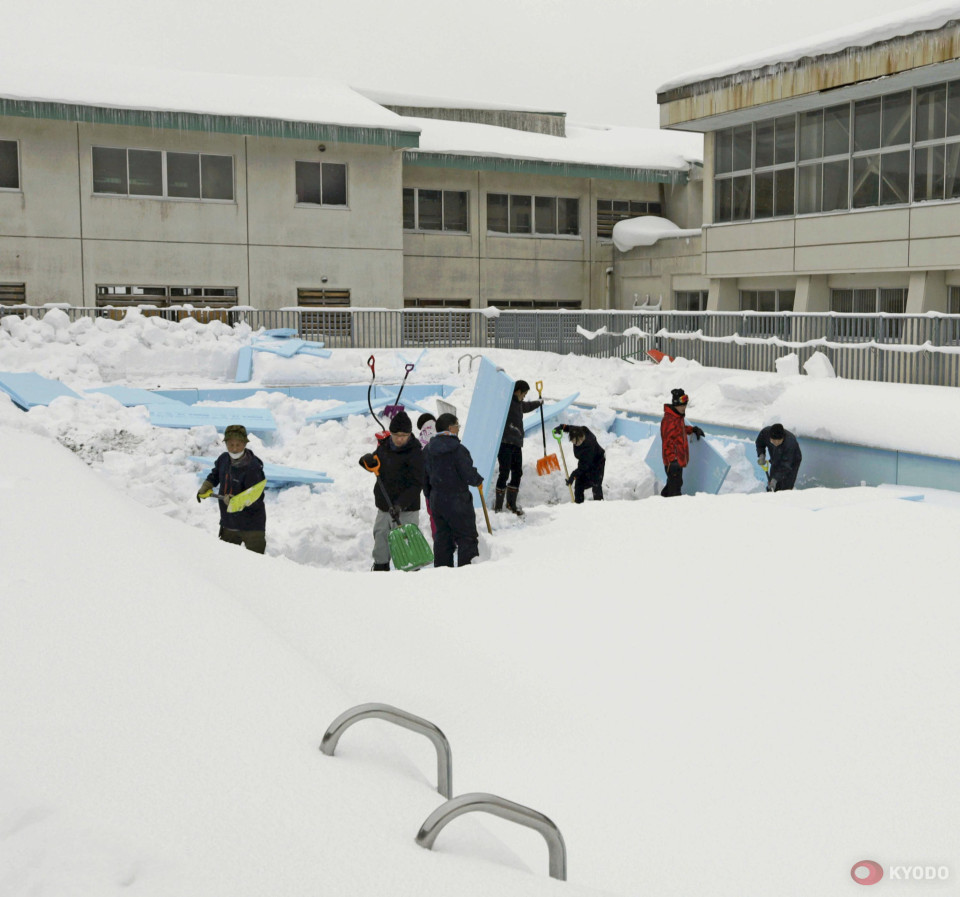 Research has begun in a city in northeastern Japan to generate electricity from unwanted snow with the aim of securing a renewable energy source to meet potential power shortages.

The city of Aomori, where heavy snowfall occurs every year, started a trial in December in a swimming pool at an abandoned primary school to investigate the feasibility of generating energy by exploiting the temperature difference between stored snow and the surrounding air.

In the joint project, local IT startup Forte Co. and the University of Electro-Communications in Tokyo to drive a turbine with energy produced when liquid cooled by stored snow is then vaporized by the heat of the surrounding air.

ALSO READ  Foreign visitors to Japan to increase tenfold to 3.83 million by 2022.

Employees at Forte Co. work on December 16, 2022 in a swimming pool of an abandoned school in Aomori Prefecture. (TBEN)

In Aomori, large amounts of snow are dumped into the sea and other places after being collected by snow plows and trucks. In the previous fiscal year, which ended last March, snow removal costs rose to a record 5.9 billion yen ($44.6 million) after heavy snowfall.

ALSO READ  Japan and Beyond: Week in Pictures - January 21-27

“Snow has been treated as a nuisance, but we could use it,” a city official said.

On December 16, about 10 Forte workers placed insulation in the pool to keep the accumulated snow cold.

Further research into snow retention and the amount of electricity that can be generated will then be conducted before power production begins in the spring.

Challenges, according to Forte, include finding a large-scale facility to store snow and securing heated air during cold seasons.

To obtain a large temperature difference, the company is considering using heat from hot springs.

“It is a renewable energy source unique to a region with heavy snowfall. It will also lead to the creation of a new industry,” said Jun Kasai, the head of Forte.