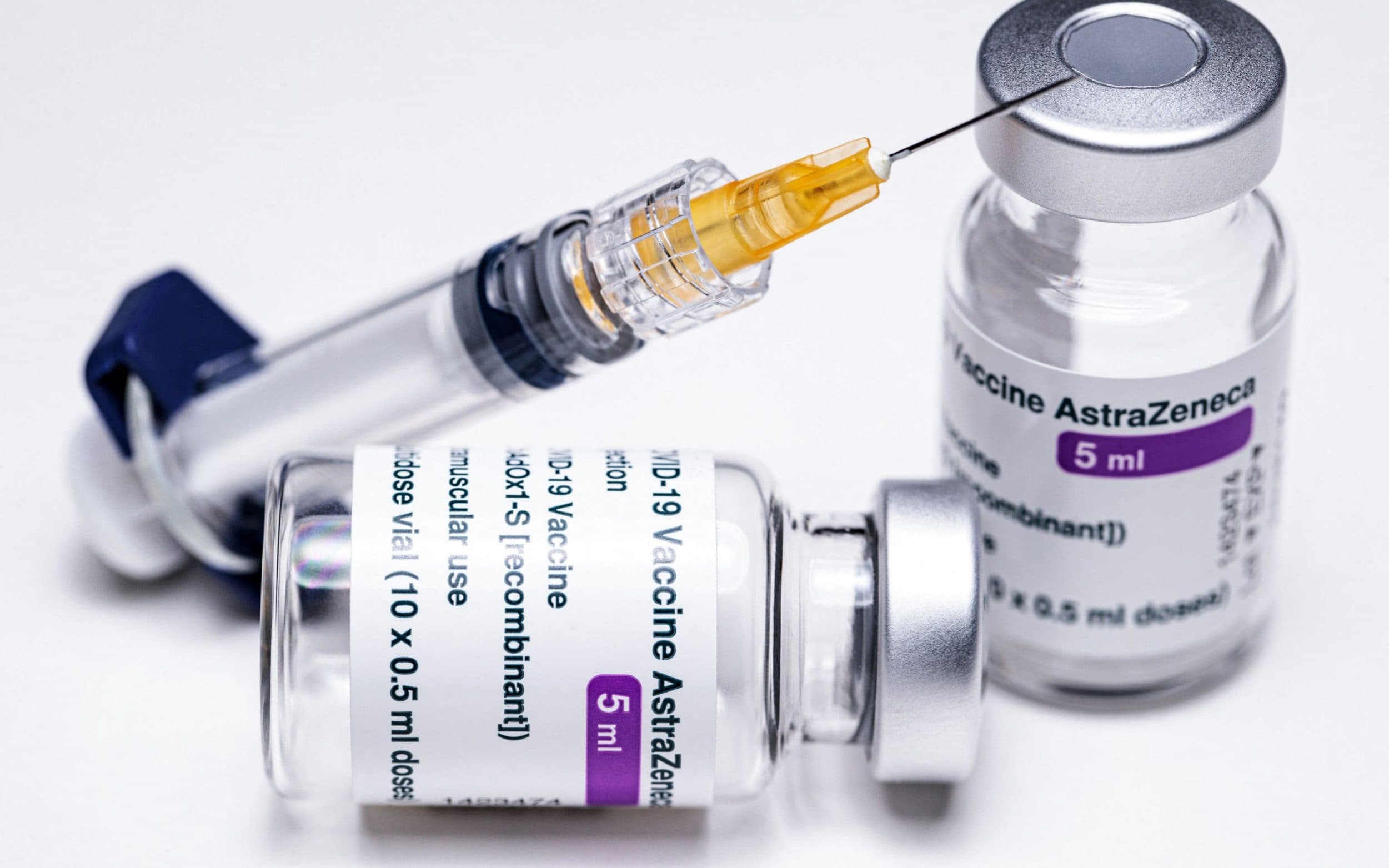 In early March, about four weeks after the first AstraZeneca vaccine was administered in Europe, small signals – like flares – began to occur across the continent.

First in Austria on March 7, and a few days later in Denmark, Norway and Iceland, European health regulators began reporting a small number of blood clots and deaths among people who had received the drug. vaccination.

Then, on March 15, Germany announced seven cases and three deaths and, like others, suspended use of the vaccine. AstraZeneca’s jab has been associated with “a striking build-up of a special form of very rare cerebral venous thrombosis in connection with blood platelet deficiency and bleeding,” said the Paul-Ehrlich Institut, the renowned drug regulator in Germany.

But in Britain, where AstraZeneca’s deployment had started a month earlier and 11 million doses had already been administered, there was nothing. On March 11, the UK’s new Medicines and Health Products Regulatory Agency (MHRA) released a statement saying it saw no evidence of a problem.

“Reports of blood clots received so far are no greater than the number that would have occurred naturally in the vaccinated population.

But the MHRA was, it seems, bogus. An investigation by The Telegraph established that signals had been sent unnoticed in the UK yellow card database for at least a month, possibly longer.

In January, a patient suffered a brain clot after his first dose of the AstraZeneca jab, The Telegraph confirmed. Then, in early February, two similar cases followed, including one death and a life-changing CVST clot of a young adult. All had low platelets and all were reported in the Yellow Card system.

The MHRA told the Telegraph on Friday: “We are aware of thromboembolic events that occurred in January, however, our first report was received in the week starting February 8 … we cannot release information on any cases. individual to protect the patient and the journalist. confidentiality. ”

There is no doubt that the benefit of taking AstraZeneca jab outweighs the risk now associated with the vaccine. This is the judgment not only of the MHRA, but also of the European Medicines Agency (EMA) and the World Health Organization (WHO).

The risk of developing cerebral venous sinus thrombosis (CVST) in combination with a low platelet count or thrombocytopenia after receiving the vaccine is extremely low and is estimated to occur in only 1 in 100,000, possibly less. .

This, says Sir David Spiegelhalter, Britain’s top risk expert, is about the same risk of dying from general anesthesia or correctly guessing the last five digits of a stranger’s cell phone number. With Covid itself, the risk of CVST alone is estimated to be eight to ten times higher, according to an analysis of US data released last week.

Nonetheless, the MHRA faces serious questions as to why it failed to detect the signals sooner. The problem isn’t that he was left flat or even early detection would necessarily have changed his advice, but that the delay has left him unable to shape international politics and confidence in what’s left of a vaccine. vital in the fight against Covid 19 for the world.

Professor Stephan Lewandowsky, a psychologist at the University of Bristol studying the deployment of Covid-19 vaccines, told the TBEN on Friday: “The MHRA has been slow to respond to the emergence of a specific constellation of symptoms associated with the vaccine. AstraZeneca and has to communicate what they found – and I’m not the only one who thinks so. “

So why has the MHRA been slower than others to spot early signals? The Telegraph’s investigation suggests that the problem is related to the algorithms it had put in place to query UK data and its limited access to early data emerging from Europe.

Observers say this should be seen in the context of the ‘operational and logistical challenges’ the regulator faced in the run-up to the UK’s official departure from the EMA on December 31, and the MHRA formally becoming a regulator. sovereign for the first time in January. 1.

The key to rapid pharmacovigilance is to effectively sift the wheat from the chaff. When a new drug is launched, thousands of adverse reactions begin to flow into regulatory notification systems for patients and clinicians.

From January 4 to March 14, a total of 532 ‘blood system events’, including 20 deaths, occurred through the UK yellow card system regarding the AstraZeneca jab, according to an analysis of MHRA data released by Dr Hamid Merchant , a pharmaceutical scientist at the University of Huddersfield. There were also thousands of reports unrelated to blood.

Of the thrombotic events recorded, four were related to CVST (but no deaths were recorded), 55 were not site specific and there were clusters of 64 and 66 cases respectively in the lungs and deep veins. . There were then 267 general bleeding events and six deaths, three of which were due to brain hemorrhage. Finally, there were 60 cases of thrombocytopenia, including 2 deaths.

To filter this data, regulators are developing algorithms that must balance “sensitivity” and footwork. The more sensitive the algorithm, the more warning signals it will issue to investigate – and many of these labor-intensive investigations will prove to be unsuccessful.

It is not clear exactly what parameters the MHRA set, but it is clear that they were not as sensitive as those used by some regulators in Europe.

The MHRA says it has followed the principle of applying “statistical techniques that can tell us if we are seeing more cases disproportionately than we would expect based on what we know of the cases. background disease rate in the absence of vaccination ”. This is reflected in the regulator’s initial statement when he said the coagulation ratios were not above normal.

But other countries have raised the sensitivity gauge to 11. “Our policy is that if it’s associated with death or a very serious adverse drug reaction, we will look at it right away,” David Benee Olsen, senior adviser at the Norwegian Medicines Agency, told The Telegraph.

“I think you have to be careful looking at the background rate, because for example in this case, what the doctors told us is that this rare combination, this thrombocytopenia and CVST, they had never seen this in this type of patient, young patient, so it was very difficult to make a base rate compared to the incidence rate. ”

There are also cultural differences in terms of paternalism and transparency between regulators. An extreme example of the latter was shown in the United States last week when the distribution of the Johnson and Johnson Covid vaccine was “suspended” and a public hearing was called to discuss the six cases of CVST and thrombocytopenia which had provoked it.

A similar approach has been adopted in Europe. In Norway, the first suspicious death was reported on the day it occurred, March 12 – the day after similar reports emerged from neighboring Denmark.

On March 13, Norway identified three more cases and all patients were airlifted to the same hospital for real-time treatment and analysis by a single team of specialists. Once again, the incident was made public immediately in an effort to build confidence.

When the Pfizer jab was first launched in the UK, the MHRA seemed to have decided to take the same very modern approach.

On December 9, just a day after the vaccine rolled out in the UK, the regulator announced that three people had suffered severe allergic reactions after receiving the Pfizer vaccine and warned that “anyone with a history of vaccine, drug or food anaphylaxis ”should not have it. The ‘say it-as-it-is’ approach worked perfectly and barely a word was written on the matter until the advisory was withdrawn a month later, as more data showed that it was not a risk.

ALSO READ  Prince Philip's family tree: a look back at his Greek and Danish heritage

Unfortunately, perhaps the MHRA hasn’t taken the same approach with the issues surrounding the AstraZeneca jab – or at least it doesn’t appear to have.

The MHRA says it received its first report of CVST with thrombocytopenia in the week of February 8, but the regulator did not notify the public of the matter until March 18, when it announced five cases. He did so moments before the EMA opened a high-profile press briefing on the issue, which was then making global headlines.

Since then, the MHRA has made three more announcements regarding new cases identified in the UK. Late on Good Friday, after most people signed off for the public holiday weekend, he said he recorded a total of 30 cases, including seven deaths. Then on April 7, again at a high-profile EMA press conference, he revealed the tally had risen to 79 and 19 deaths. The latest figures, released quietly Thursday evening, show the number of UK coagulation cases with thrombocytopenia stands at 100 with 22 deaths.

It’s unclear how many of those 22 deaths are covered in the yellow card data Dr Merchant analyzed between January 4 and March 14, but it seems likely that a large number of them – possibly the vast majority – date back to this period.

Despite requests from several newspapers, including The Telegraph, the MHRA has not published the dates on which the deaths occurred or were reported in the yellow card system, citing the need to maintain patient confidentiality.

There is no indication that the MHRA has covered up the statement of CVST with thrombocytopenia – it just hasn’t spotted the yet unproven problem from the others.

Another reason for the MHRA’s slower response, observers suggest, could be that it lost access to Eudravigilance, the large European database in which all adverse drug reactions are reported, when the UK Uni left the orbit of the EMA regulation on December 31 of last year.

An EMA spokesperson told the Telegraph: “The MHRA only has access to the EudraVigilance gateway. This allows them to submit cases (or receive cases from Northern Ireland), but they cannot check the data in EudraVigilance.

“If the MHRA needs data, they’ll have to ask for it … Plus, of course, they can look at the data posted on the Adverse Drug Reaction (ADR) website.”