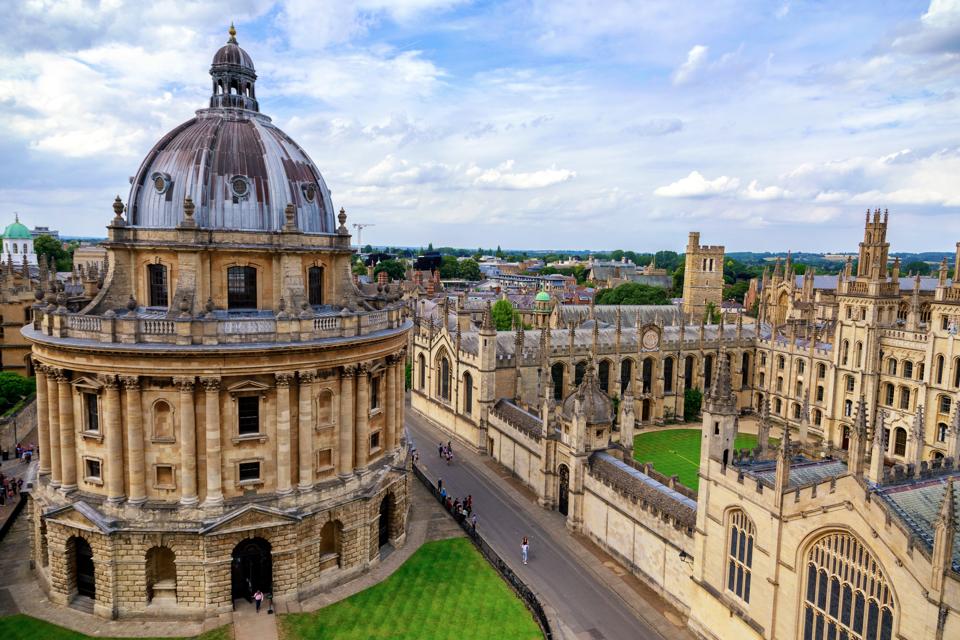 The 2021 Rhodes Scholars have been announced, and they include 32 researchers from America who were selected from 953 students approved by 298 different colleges. The fellows will begin their studies at the University of Oxford next October, joining recipients from over 60 other countries.

Each year on the Saturday before Thanksgiving, the Rhodes Trust announces the names of the new Rhodes Scholarship recipients in the United States. The award, considered the most prestigious for American graduates, was established in 1903, the first batch of academics to begin their studies at Oxford in 1904.

This is the first year that the winners have been virtually selected, a process made necessary by the coronavirus pandemic that continues to sweep the world. Selection follows a two-step process. First, applicants are approved by their home college or university. This year, more than 2,300 students began the application process. Then, the selection committees of 16 American districts interview the candidates judged strongest.

The selection criteria fall into four main categories: academic excellence; the energy to use one’s talents to the maximum; attributes such as truth, courage, kindness and dedication to duty; and moral strength of character and leadership instincts.

Including this year’s recipients, 3,548 Americans have now received Rhodes scholarships, representing more than 300 different colleges and universities. The 2021 class is highlighted – as in the past four years – by remarkable talent and diversity.

Harvard University won the highest number of US awardees from Rhodes this year, with six. Yale had three, and Duke University and the US Military Academy each had two.

Twenty-two of the 32 are students of color; ten are black, which is the highest number ever elected in a year in the United States. Nine are Americans or first generation immigrants; and one is a dreamer with an active DACA status. Seventeen of the winners are female, 14 are male and one is non-binary.

Here is just a sampling of this year’s extraordinarily talented recipients, including students who will study subjects such as history, diplomacy, energy systems, criminology, social policy, area studies, engineering sciences. and anthropology.

Rhodes scholarships average around $ 70,000 per year and cover all expenses of two or three (in some cases four) years of graduate study. Recipients are free to study the full range of disciplines offered at Oxford, including life sciences, arts and humanities, social sciences, mathematics and physical sciences. This year’s class seems a bit heavier in social sciences than in other fields.

Elliot F. Gerson, US Secretary of the Rhodes Trust, said of this year’s class: “This year’s Rhodes US Fellows – elected independently by 16 committees across the country meeting simultaneously – reflect the remarkable diversity that characterizes and reinforces the United States … These young Americans will be traveling to Oxford next October to study in fields encompassing social, biological and physical sciences, humanities and public policy. They are already leaders and we are convinced that their contribution to the public welfare of the world will increase exponentially over the course of their careers.

Whether we like it or not, online education is the future, so let’s start learning how to do it right.

There is good news for colleges, although you probably won’t see it

The Bharat Express News - December 1, 2020 0
<!-- -->Dictionary searches exploded on March 11 when the WHO officially labeled Covid a pandemic.Merriam-Webster's 2020 Word of the Year award went to an...