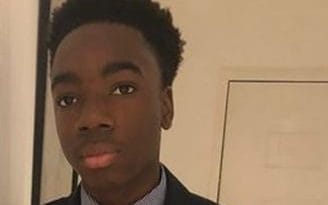 A body found in a lake in Epping Forest, Essex, has been officially identified as Richard Okorogheye, 19, missing, Metropolitan Police said.

Met police said the death was being treated as unexplained, but officers do not believe there was any third party involvement “at this point.”

An autopsy took place on Wednesday and found no evidence of physical trauma or assault.

The family of the student, suffering from sickle cell disease, has been informed and is supported by specialized agents

The cause of death is pending while further investigations are conducted, but police have found no evidence of physical trauma or assault, police said.

Home Secretary Priti Patel said “her thoughts and prayers” were with Mr Okorogheye’s family and that she was in contact with Scotland Yard as investigations continue.

ALSO READ  Harry Kane: I can't let the debate over my future come between me and England's goals

“This is not the outcome any of us hoped for and we will ensure that his grieving family is well supported by specially trained officers.