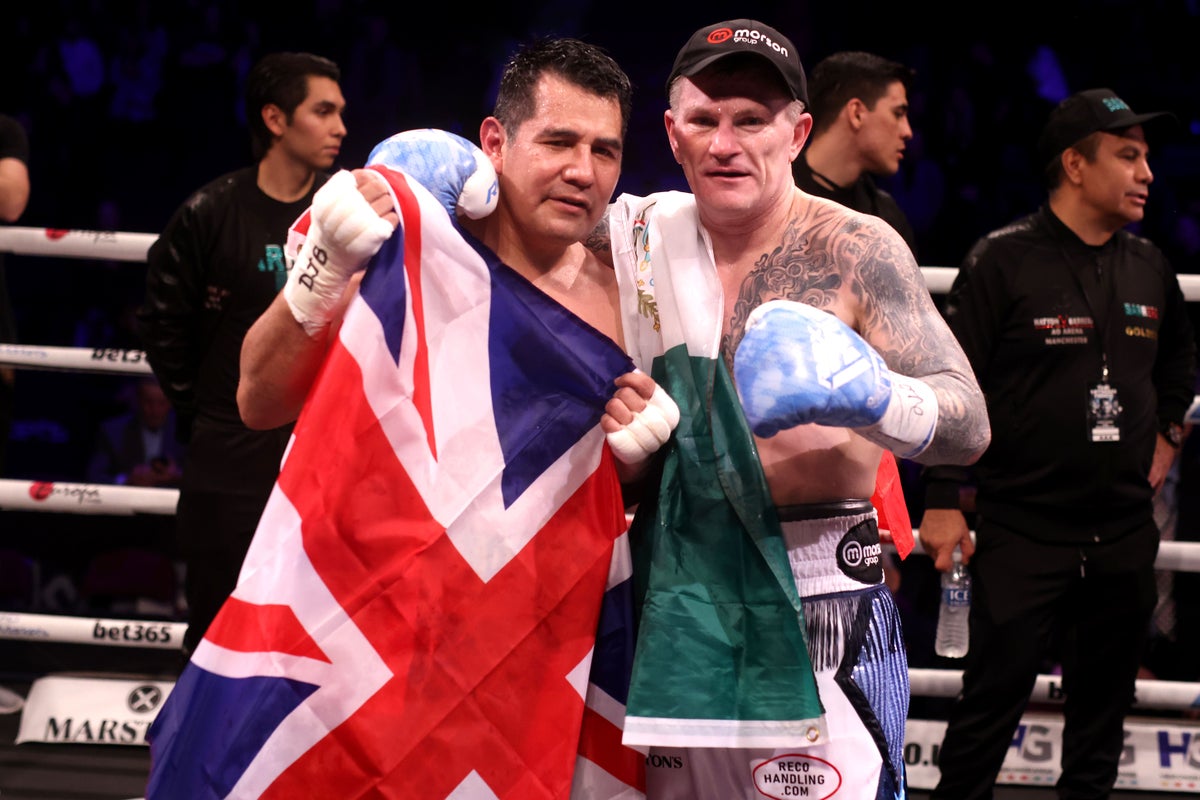 Ricky Hatton got “everything and more” from his return to boxing when he entertained Manchester’s AO Arena in an exhibition match against Marco Antonio Barrera.

Hatton, 44, was back in the ring for the first time in nearly 10 years when he took on 48-year-old Barrera in eight two-minute rounds.

Hatton’s 45-3 professional record was unaffected by the match, which was not scored and no official winner was declared.

But the former world champions put on a show in front of a rowdy crowd, and Hatton claimed the night had come with the most famous bouts of his career.

The Mancunian told Sky Sports: “(We have) everything and more. Me and Marco are friends but we are proud men and with such a big crowd behind me I sometimes thought how it would be if it got a little heated but it was entertaining and all we wanted.

“I’ve done a lot of good things in boxing, the Kostya Tszyu night here when I won my world title, the fights in Vegas where all these fans came to watch me, absolutely brilliant … but with the stage where I feel stand my life, this is up there as one of the best.”

Hatton, who last fought in November 2012 when he lost to Vyacheslav Senchenko before announcing his retirement, said he had lost nearly four stone before the match.

He was introduced to a loud reception as the familiar sound of Blue Moon echoed and he made fun of himself by using a walker flanked by two individuals in nurse outfits as he entered the arena.

But he soon showed that he was in fighting form by showing quick footwork and throwing the better punches in the opening round.

The pace may have been slower than Hatton’s famous nights at the arena, but the duo put on a show for the crowd, with Barrera getting a nice uppercut in the second round.

The punches were connected and Hatton showed some swelling under his right eye as the fight passed mid-stage.

And the pair continued to exchange punches until the bell on the eighth round, before hugging in the center of the ring and posing with the British and Mexican flags.

Through a translator, Barrera said: “I was happy. My thanks to Ricky, thanks for having me in the ring.

“It’s a party. We’re happy for the people who showed up and we’re happy we made it happen.”

The 38-year-old claimed Dicaire’s IBF title at her WBC and WBO crowns when she improved her professional record to 13-2-1.