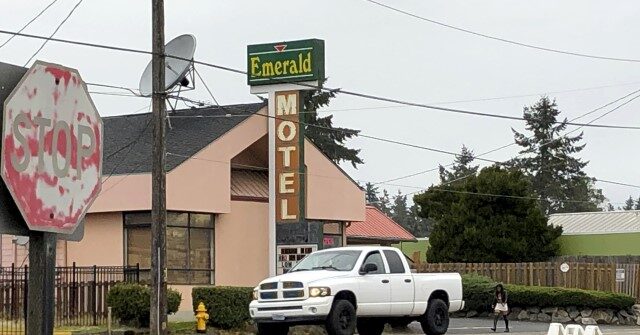 A ride-share driver in Seattle, Washington, picked up a woman trying to escape from a pimp and got into a shootout that brought the woman safely under police custody.

Local 12 only identified the woman as HA, noting that she broke an ankle on Saturday when she jumped from a third-floor window in an attempt to escape William Burt, a pimp who forced her to do sex work.

Burt was able to recapture her, then reportedly held her at gunpoint and told her she could leave, but only after knocking out all of her teeth.

HA somehow escaped topless from the Burt’s car and ran down a six-lane highway to find help.

She eventually sat down in the middle of the highway hoping someone would come to her aid.

The Daily Beast reported that a driver pulled into a van, picked up the woman and drove off. Burt followed and began firing at the van, to which the ride-share driver fired back.

The ride-share driver managed to escape Burt during the shootout and drove into a gas station, where the woman was handed over to police.

AWR Hawkins is an award-winning Second Amendment columnist for Breitbart News and the writer/curator of Down Range with AWR Hawkins, a weekly newsletter aimed atalreadyl things Second Amendment, also for Breitbart News. He is the political analyst for Armed American Radio and a Turning Point USA Ambassador. AWR Hawkins holds a PhD in Military History with a focus on the Vietnam War (Brown Water Navy), the United States Navy from its inception, the Civil War, and early modern Europe. Follow him on Instagram: @awr_hawkins. You can sign up to get Down Range at breitbart.com/downrange. Reach him directly at [email protected]