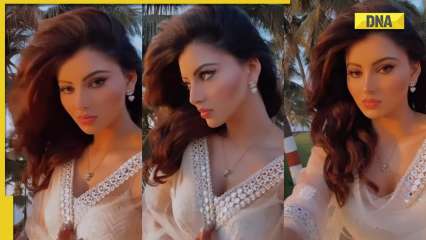 The Pathaan song Besharam Rang, which showcases the sizzling chemistry between Shah Rukh Khan and Deepika Padukone, has caused quite a stir on social media since its launch last month. Multiple influencers and celebrities like Shweta Tiwari, Hina Khan and others shared their videos on social media while grooving to the catchy song.

Now Urvashi Rautela has also joined the viral social media trend as she shared her ‘Besharam Rang’ reel on Instagram. Although the actress is not dancing in the clip, she flaunts her wavy hair in a gorgeous white saree. The actress celebrated the success of the recently released Chiranjeevi film Waltair Veerayya in which she appeared in an item number titled Boss Party as she captioned her clip, “120 Crores Gross in 3 days for MEGA MASS BLOCKBUSTER #WaltairVeerayya #HappyFace #InnerHappiness # Grateful # Blessed Thank you very much”.

ALSO READ  'He is cultural leader': Ricky Ponting wants Rishabh Pant to be with Delhi Capitals team during IPL 2023

For the inexperienced, Urvashi and Rishabh have been trending in the news since last August when she claimed that a certain ‘Mr. RP’ tried to woo her. Ever since she was rumored to be dating Pant in 2018, netizens thought it was a dig at the wicketkeeper batsman, indirectly responding to the actress posting an Instagram story on liars. Since then, the actress has appeared in stadiums hosting Team India matches and even posted pictures of the hospital that treated Rishabh after his recent car accident.