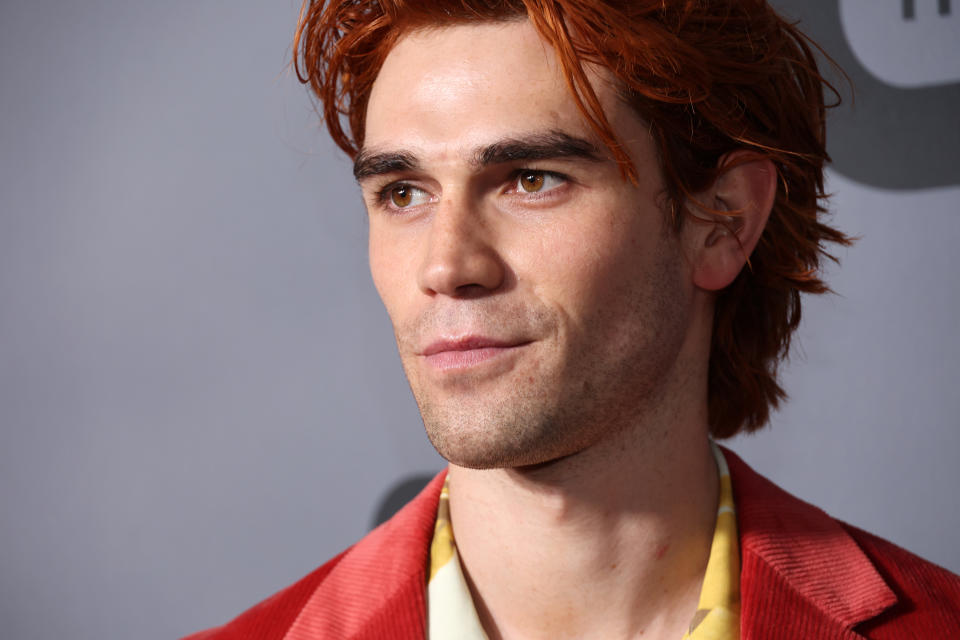 The Riverdale star, 25, took to Instagram on Thursday to show off a brand new haircut. The actor sported a tan cut and stubble—a far cry from the longer red hair and clean-shaven face he sports on his long-running CW show.

Apa captioned the photo, “Reset. One Fast Move,” a reference to his upcoming race-centered movie, in which he stars alongside Grey’s Anatomy alum Eric Dane.

Fans were surprised by the new style. One wrote in the comment section, “I didn’t literally recognize you at first,” while another added, “Ummm where’s Archie?”

Although Apa plays cartoon character Archie Andrews, one of the most famous redheads in American pop culture, the star is a brunette by nature. In 2017, the New Zealand actor shared how he got the hair needed to portray his Riverdale character.

“It’s pretty spicy, man,” he told Vulture at the time. “I had to go to the salon every two weeks to get it dyed and bleached and stuff. So yeah, it’s not my favorite thing to do, but of course I have to because the roots keep coming up and my hair is growing very fast So up to two weeks I can start shooting and then I have to get it painted again I sit there for at least two and a half hours so I sit on my iPad and I read some scripts and stuff I keep myself busy. “

And it’s not just the hair on his head that needs to be dyed: He also described the “painful” process of touching up his eyebrows to match his locks.

“They ended up bleaching my eyebrows and I had two holes — they burned into my skin,” he added. “I was like, ‘Oh, my, we have to work this out.’ Luckily I didn’t have that anymore, but yeah, it was pretty tough.”

Papa is not alone Riverdale star making moves now that the show is on hiatus before it starts filming its seventh and final season. Camila Mendes, who plays Veronica Lodge in the drama, recently shared an Instagram photo of her new, lighter summer hair.

‘Spin Me Round’ star Alison Brie on writing her own roles, those ‘She-Hulk’ rumors and a ‘Community’ movie