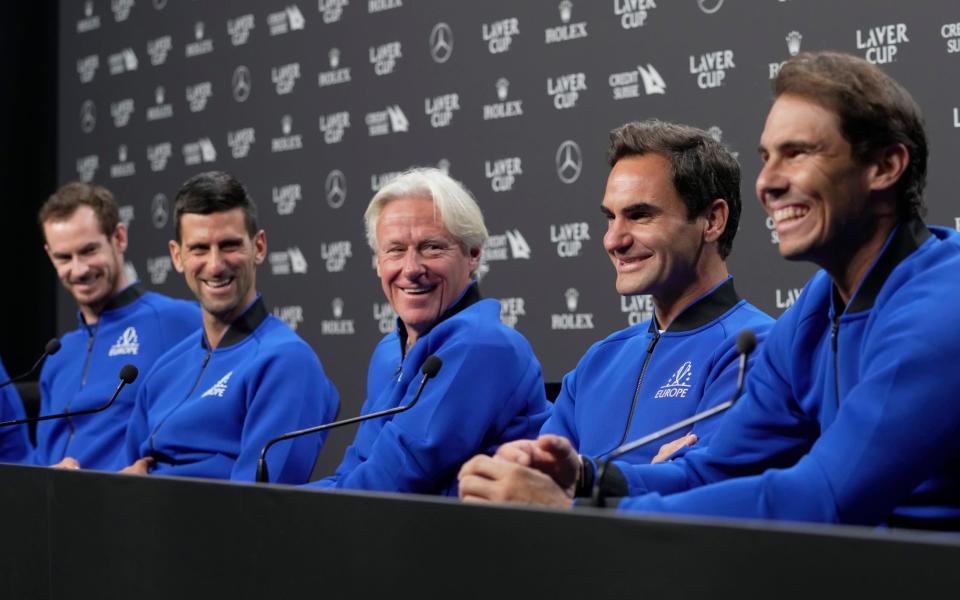 Roger Federer’s final appearance as a tennis professional will be a doubles match with his longtime rival Rafael Nadal.

At a press conference in London on Wednesday morning, Federer said it would be “a special moment” if he and Nadal teamed up at the Laver Cup this weekend.

Much to the dismay of fans who have bought thousands for tickets to Sunday’s Laver Cup closing, Federer will instead make his final bow on Friday night.

His appearance probably contradicts the earlier Laver Cup rules, which required you to play singles if you want to appear in doubles as well.

But this whole event is both Federer’s brainchild and his personal fief. So arranging to bend the rules and play doubles on behalf of Team Europe – which is captained by Bjorn Borg – may not have been as hard a task as he made it sound.

“Of course this is an event, an ATP event that I don’t want to mess with,” Federer told reporters at the O2 Arena in south-east London. “But at the same time I know my limitations. That’s why I asked Bjorn if it was okay if I could maybe play just one doubles match, and I think it should be on Friday night.

“Then I think Matteo [Berrettini, the world No15 from Italy] would come for me and play for me on Saturday. Bjorn said clearly, “Of course that’s all right.” Bjorn spoke to John [McEnroe, the Team World captain] also. They spoke to the tournament and the ATP if that was okay and everyone said that was fine.

“So here I am trying to prepare for one last double… I’m nervous to go in because I haven’t played in so long. I hope I can be somewhat competitive.”

Nadal – whose wife Maria Francisca Perello is expecting their first child – was scheduled to fly to London on Thursday morning.

Asked at the press conference prior to the event if it would appeal to him to compete alongside Nadal, Federer replied: “Of course. No doubt. I think it could be a unique situation, if it happened. As long as we competed together, with always this respect for each other, the families, our coaching teams, we always got along very well.

“Also for us to go through a career that we’ve both had and to come out on the other side and be able to have a nice relationship, I think maybe it’s a great message for not just tennis but sports and maybe even beyond . For that reason I think it would be great. I don’t know if it’s going to happen, but I think it could clearly be a special moment.”

Earlier, in a conversation with the Swiss press about his decision to retire from professional tennis after this event, Federer said his children were moved by the news.

“I told them the day before,” Federer said. “It depends on how you convey it. If you say to certain friends, “Hey, I’m quitting,” the answer is, “Great decision.” But if you say, “Hey, I think I should stop,” everyone starts to cry.

ALSO READ  Watch: Jhulan Goswami receives guard of honor from England team as she walks out to bat in farewell match

“I told them not much will change. We have seen how it will be in recent years. Somehow they regret that I stop. But they always expressed the wish: ‘Stop playing tennis, we want to go skiing’. I said all four at once and three of the four cried.

“It is also a process for them. The past few years have been tough for me, but I think it was even tougher for her [his wife Mirka]. With all her injuries, she didn’t like looking at me anymore. I also felt sorry for her. It’s a great relief to her now that it’s over.

“At first I was sad, but then I put it aside and the whole process started with the letter and telling people. That was very good for me. Even if it tears you apart, I have to say that for this reason I can give interviews without any problem. If you had told me three or six weeks ago that I had to go out with the microphone and tell people – impossible. I wouldn’t have gotten a word out of it.”