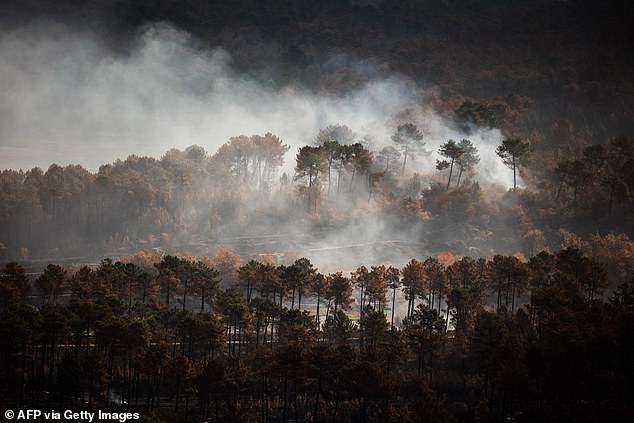 By Jonathan Rose for TBEN

A ‘rogue’ firefighter has been accused of starting a series of bushfires in southern France because he was bored in his ‘stuffy family environment’.

The volunteer, 37, from the Hérault region, was arrested and placed in police custody on July 27.

The Montpellier prosecutor said in a statement on Thursday that the man admitted to setting fires with a lighter on May 26, July 21 and the night of July 26-27.

Fabrice Belargent said: ‘Asked about his motive, he stated that he had done this to provoke an intervention by the fire service to rescue him from an oppressive family environment and because of the excitement these interventions caused him.

‘Adrenaline he called it—these are his own words. He also said he needed social recognition.’

This aerial photo, taken on July 29, shows smoke rising above the trees after wildfires damaged the forest near Landiras, in southwestern France

The man has been a forest engineer and a municipal councilor in Saint-Jean-de-la-Blaquière for 20 years.

He was remanded in custody and charged with ‘destroying others’ forests, moors, undergrowth or plantations under conditions that could expose people to physical harm’.

Marie Bar, his attorney, told BFM TV: “He apologized to the … firefighters he works with, as he calls them his big family. This is someone who is very dedicated to his job. 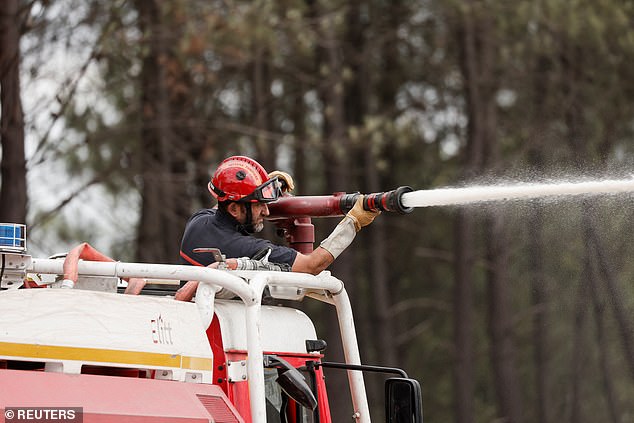 Stock image of a firefighter trying to put out a ground fire in Landiras, in the Gironde region, France. He is not connected to the firefighter who was arrested

“He finds it difficult to explain. In a way, he’s relieved that he’s been arrested. He explains it as an addiction.’

On Wednesday, a wildfire spread along the Ardèche River in southwestern France covering 750 hectares in one day.

Two factories in the town of Lavilledieu were evacuated, as well as an animal shelter and camping grounds. The village of Vogue is currently being evacuated.

“The fire broke out between 8.30 and 8.45 am and has progressed very quickly due to the high winds,” said the mayor of Lavilledieu, Gerard Saucles, to BFM TV.

Earlier this month, wildfires swept over 20,000 hectares in the southwestern Gironde region as France and the rest of Europe faced record high temperatures.