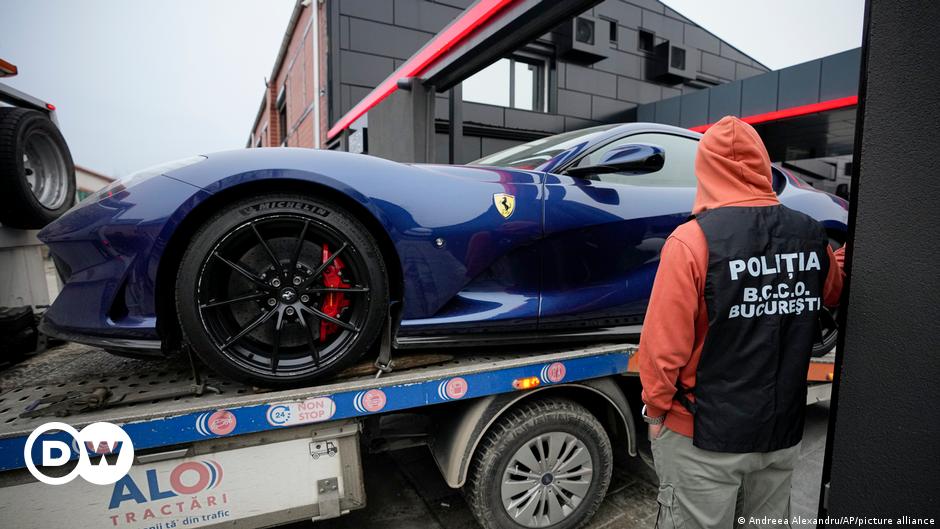 Romanian authorities seized an estimated 3.6 million euros worth of luxury cars and other belongings of warring influencer Andrew Tate on Saturday.

Tate has been charged with human trafficking, among other things.

Romania’s National Agency for the Management of Unavailable Assets said in a statement that it has recovered a total of 15 luxury cars, 14 designer watches and cash in various currencies from a property on the outskirts of Bucharest.

The cars include a Ferrari, a Lamborghini, a Rolls-Royce, a Porsche and an Aston Martin.

Assets can be used to compensate victims

Tate, an American-British dual national, was arrested in Bucharest on December 29 along with his brother Tristan Tate and two Romanian women.

They have been charged with human trafficking, rape and belonging to an organized crime group and will be held for at least 30 days.

Romania’s Directorate for the Investigation of Organized Crime and Terrorism (DIICOT) said it has identified six victims in the human trafficking case who suffered “acts of physical violence and mental coercion” and were sexually exploited by members of the alleged crime group.

These women were lured by pretenses of love, but then intimidated and forced to perform in pornography, the agency said.

A spokesman for DIICOT said that if prosecutors can prove that Tate made money from these illegal activities, such as human trafficking, the seized cars and other assets could be used to cover the costs of the investigation and compensation to the victims .

Tate and the other defendants have denied the allegations

He was banned from all major social media platforms until his Twitter account was reinstated last November after Elon Musk purchased the social network.

After his vehicles were towed on Saturday, a message appeared on Tate’s Twitter account that read: “Anyone who believes I’m a trafficker is truly an idiot.”

“Anyone smart enough to understand that the US system is unfair would be astounded at the injustice of the Romanian system,” the statement continued.