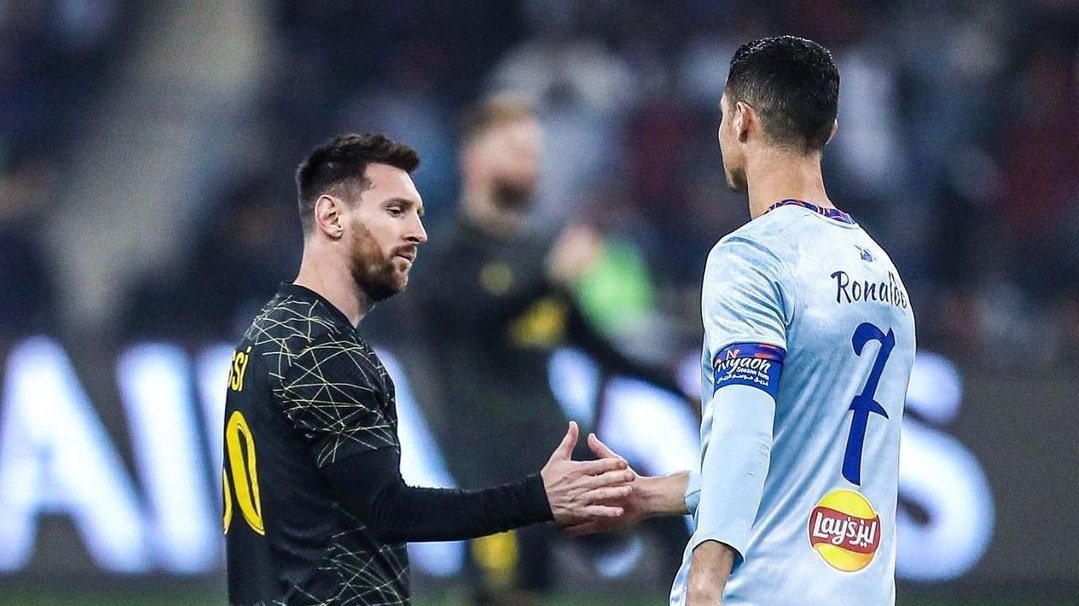 Cristiano Ronaldo and Lionel Messi were both on the scoresheet as Paris Saint-Germain beat Riyadh’s season-ending team 5-4 on Thursday.

It was his first game since moving from Manchester United to Saudi Pro League side Al Nassr.

Messi scored the first goal before Ronaldo equalized from the penalty spot.

Marquinhos put PSG 2-1 up, but Ronaldo leveled again and fired in his rebound.

Both Ronaldo and Messi were taken off after 60 minutes.

Sergio Ramos put PSG up 3-2, before Jang Hyun-Soo equalized and Kylian Mbappe scored a penalty to make it 4-3.

Hugo Ekitike came off the bench to score for the Ligue 1 champions and Anderson Talisca got a late consolation as the game finished 5-4.

The Bharat Express News - February 8, 2023 0
07:57 PM11 min Sheff Utd 0 Wrexham 0From the defended corner Wrexham bolt upfield with Mullin, Dalby and Mendy to the fore but they...