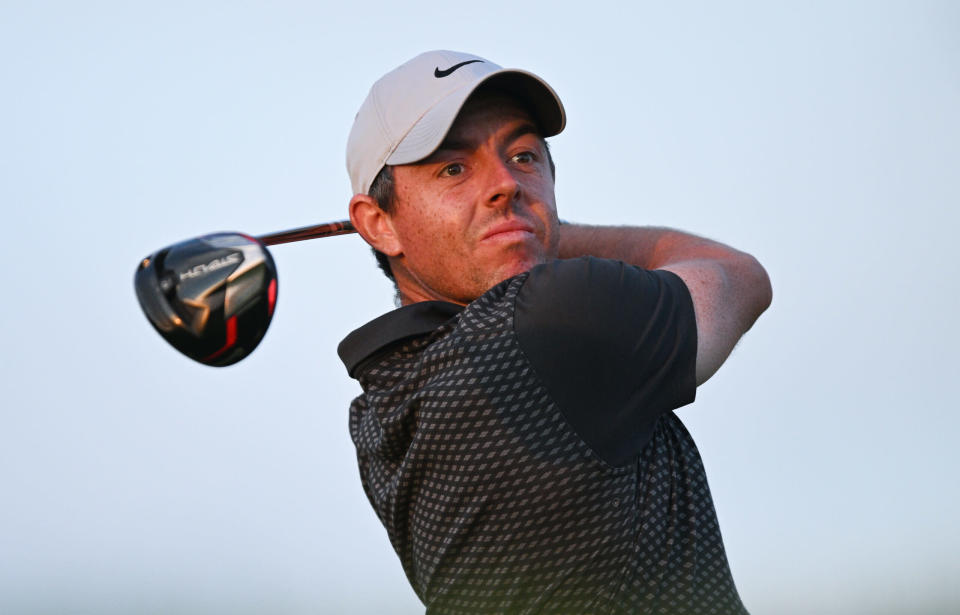 It’s safe to say that Rory McIlroy and Matt Fitzpatrick are enjoying Marco Simone, the venue of the Ryder Cup 2023 in Rome, Italy.

McIlroy is 9 under while Fitzpatrick is 8 under after their second rounds at the DS Automobiles Italian Open. McIlroy leads after a birdie on the closing par-5 18th to shoot 5-under 66. Fitzpatrick, who led after the opening round, shot a 2-under 69 and is solo second.

The second round was halted due to darkness, with McIlroy’s group finishing well when it was time to play for the day. It will resume at 8 a.m. local time (2 p.m. ET) and the third round will begin no earlier than 10 a.m. local time (4 p.m. ET).

Last week in the BMW PGA Championship, McIlroy tied for second with Jon Rahm, one shot behind winner Shane Lowry. He will also play in the Alfred Dunhill Links in two weeks, which will be contested at the Old Course in St Andrews, Carnoustie and Kingsbarns.

ALSO READ  Storylines of college golf for women in 2022: Stacked Stanford appears to defend, an All-American returns to Wake Forest and more

European Ryder Cup captain Luke Donald had a strong day with eight birdies, but a triple on the par-4 16th helped him to a round of 3-under 68. He is 5 under for the tournament, tied for fifth in a group including Tyrrell Hatton, among others.

After a tie on opening round, Viktor Hovland shot 3-under 68 and is tied for 21st place. Also T-21 is Alex Fitzpatrick, Matt’s younger brother.

The cut is expected to be over 1, although this could change Saturday morning.

‘If Rory had been born in the United States, I’d vote him for president’: Will Zalatoris cooks on LIV Golf, his US Open close call, Tiger Woods and more