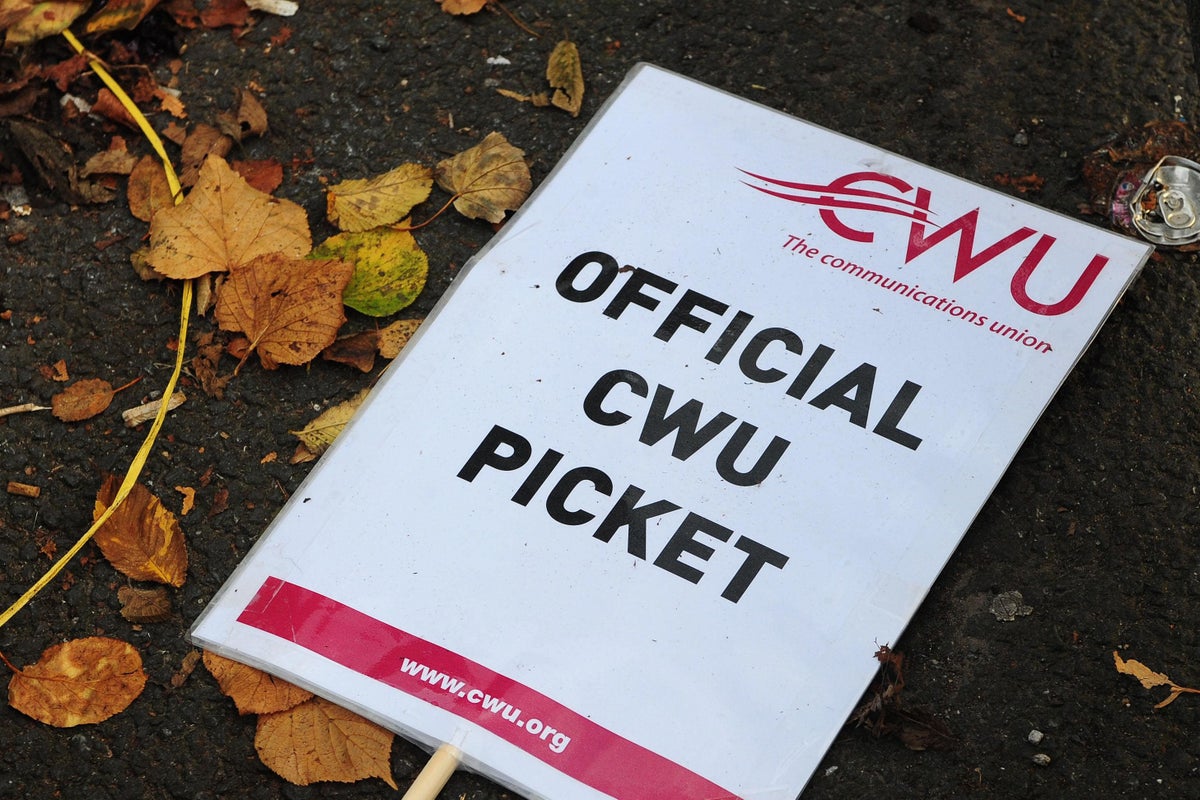 Royal Mail staff, university lecturers and teachers are on strike as industrial unrest continues to spread across the country in disputes over wages, jobs and working conditions.

Picket lines are being placed outside mail delivery and sorting offices, universities and schools as unions move closer to coordinated industrial action.

It will be one of the biggest strikes of the year.

Talks have been held between leaders of unions involved in the disputes with the aim of taking joint action, such as holding strikes on the same day.

About 70,000 members of the University and College Union (UCU) will go on strike on Thursday and Friday, and again on Wednesday, November 30 in a dispute over wages, pensions and contracts.

It will be the largest strike of its kind, affecting an estimated 2.5 million students, with the union warning of escalated action in the new year if the row is not resolved.

The union says teachers and other academic staff have faced below-inflation pay increases for a decade, with a 3% increase announced in the summer.

“The workforce is burnt out, but they are fighting back and they will bring the whole industry to a standstill.

“The Rector Magnificus has only himself to thank for it. Their woeful leadership has led to the largest strike vote ever seen in our industry.

“Students stand with the staff because they know it can’t be like this, and they know that an industry that earns tens of billions of euros in tuition fees every year can afford to treat its staff fairly.

“Further disruptions can be avoided if staff concerns are urgently addressed. But the overpaid vice-chancellors who are killing our industry should have no illusions: 70,000 dedicated university employees are ready to take even bigger action in the new year.”

Chloe Field, vice president of the National Union of Students for Higher Education, said: “Students stand in solidarity with the university staff striking.

Members of the Communication Workers Union (CWU) at the Royal Mail will also strike on Thursday and Black Friday, one of the busiest days of the year for delivery companies.

A series of strikes are also planned in December, including Christmas Eve, in one of the longest-running disputes in a year dominated by work stoppages.

Royal Mail said it has made its “best and final offer” to resolve the dispute, including “comprehensive improvements” made during negotiations with the CWU, such as an improved pay deal of up to 9% over 18 months, offer to a new profit-sharing scheme for employees, and broader conditions for voluntary redundancies.

CWU general secretary Dave Ward said: “We are disappointed that instead of reaching a compromise to avoid major disruption, Royal Mail has opted for such an aggressive strategy.

“We will not allow 115,000 Royal Mail employees – the people who kept us connected during the pandemic and made millions in profits for bosses and shareholders – to deal such a devastating blow to their livelihoods.

“These proposals spell the end of Royal Mail as we know it and the relegation of a national institution to an untrustworthy Uber-style gig economy company.

“Make no mistake, British postmen are facing an Armageddon moment.

“We urge every member of the public to stand behind their position and support them like never before.”

Members of the Educational Institute of Scotland (EIS) will walk out on Thursday in the first national strike over pay in nearly 40 years, with teachers’ action expected to close the majority of schools across Scotland.

In a final offer made on Tuesday to avert strike action, the lowest-paid staff would receive a 6.85% increase and the most 5%.

That was rejected by the EIS, with its general secretary, Andrea Bradley, labeling it an “inept repetition” of the offer made earlier this year.

Meanwhile, Mick Lynch, general secretary of the Rail, Maritime and Transport (RMT) union, will meet with Transport Secretary Mark Harper ahead of another round of train strikes that will paralyze services across the country over the holiday season.

Mr Harper said he hopes for a “sensible conversation” with the RMT but will not be negotiating with the union, adding: “That is very clear to the unions and the employers – Network Rail and the train operators.

“But I think it is important in this case to sit down with the unions. These strikes aren’t just about wages, this is about long-running talks that are really about pushing for railroad reform.”