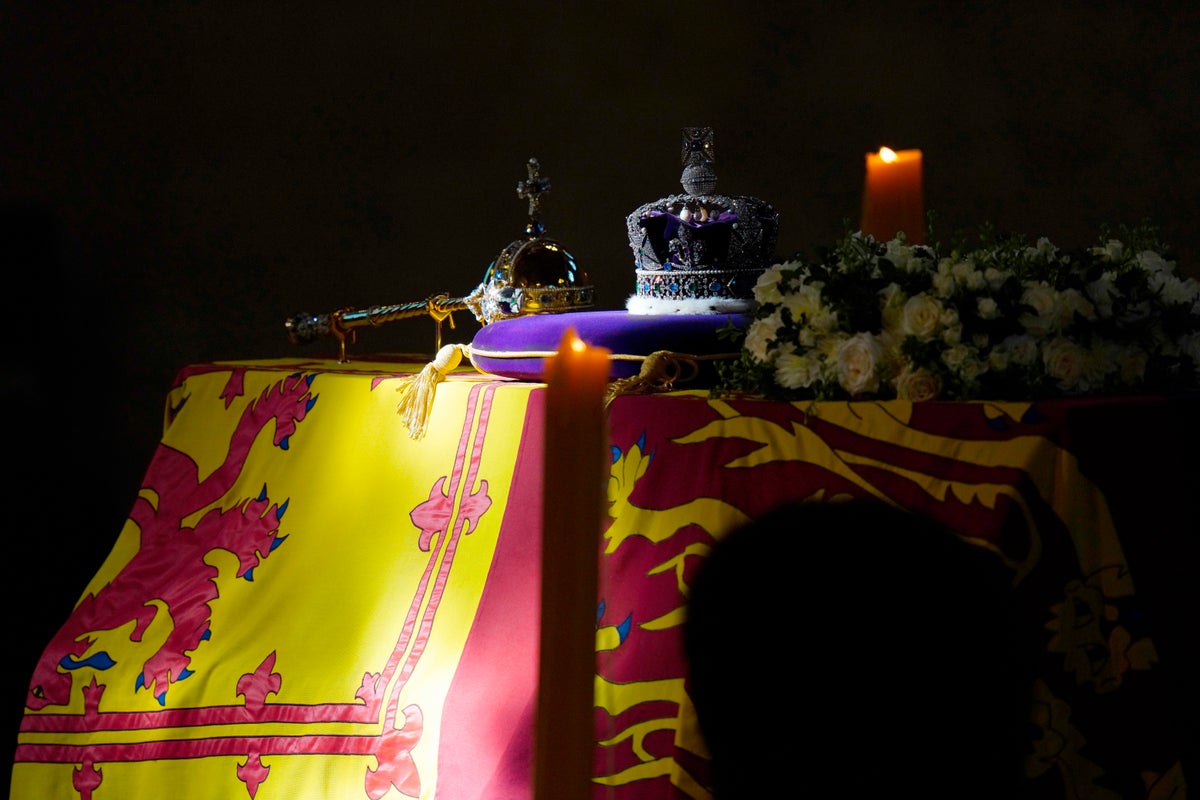 When Queen Elizabeth II’s grandfather, King George V, died 86 years ago, many homes in Britain had little or no electricity and large segments of the population still lived in slums.

Life in 1936 is unrecognizable to Britons today. But despite nearly a century of change, the images of the Queen’s lay in state this week are nearly exact copies of those from when George V lay in state.

Both used the same huge medieval Westminster Hall with the coffin in the center on a royal purple platform. At one end of the chest is a brass cross, the royal standard is draped on top, and tall candlesticks and scarlet and gold clad ceremonial guards are carefully placed around it.

Historians say that maintaining such traditions consistently over time is crucial to maintaining respect for the monarchy.

“When you look at the pictures, it’s like you can see the difference, isn’t it?” said historian Tracy Borman, author of “Crown and Scepter: 1000 Years of Kings and Queens.”

“People want to see a crown and a scepter, they like to see these ceremonies run the same way,” she added. “People derive a kind of comfort and security from that unchanging nature. It seems to be what people appreciate about the monarchy: nothing changes.”

The Queen, Britain’s longest reigning monarch who reigned for 70 years, was the constant rock of stability in British life before she died on September 8 in Scotland. Even in death, the splendor to mark her passing evokes elaborate mourning rituals that seem frozen in time.

Five British kings and queens lay in state before the Queen in Westminster Hall, a 900-year-old building that has been the center of British politics and power for centuries. The hall has hosted numerous medieval coronation banquets, as well as the trials of Guy Fawkes and Charles I in the 17th century.

The tradition of lying in state goes back to the time of the Stuarts – who reigned from 1603 to 1714 – when monarchs lay in state for a number of days. But Edward VII was the monarch who set the modern tradition of lying in state in Westminster Hall in 1910. Archival footage showed that just like today, crowds formed huge lines that meandered through central London for a chance to walk past their sovereign’s coffin.

Historian Ed Owens believes it was a clever move by Edward VII to strengthen the bond between the crown and its subjects.

“He saw the imposition of the state as a key moment that, as a monarch, would bring him into close contact with his subjects, a last chance for them to say goodbye,” said Owens, author of “The Family Firm: Monarchy, Mass Media and the British Public.” , 1932-1953.”

“This was a moment that would be captured by the new technologies of photography and film,” Owens added. “And it was a way of saying to the wider country and the wider world that monarch and people were in some kind of spiritual community.”

Other royals laid out in state at Westminster Hall were King George VI, Elizabeth’s father, in 1952, and Queen Mary, Elizabeth’s grandmother, in 1953. George VI’s wife, Queen Elizabeth, known in later years stood as the Queen Mother after her daughter became monarch, was the last person to lie in state in Britain. Each time, the venues drew tens of thousands of people.

ALSO READ  We were chosen for our strength, say the first female naval sailor to pull the state saffron carriage

Two former Prime Ministers – William Gladstone in 1898 and Winston Churchill in 1965 – were also in state in Westminster Hall. Churchill also had a state funeral – the last to be held in Britain until Monday, when the state funeral for the Queen takes place.

Such pageantry continues to fascinate because it seems to play into an abiding desire for ritual, Borman said.

The monarchy has “a kind of magnetism” because “you stare history in the face, they represent that old line going back,” she said.

That appeal fits the royals just fine — and indeed, she pointed out that the royals are “absolutely committed” to maintaining the immutable nature of such ceremonies.

“That’s very deliberate, I think,” Borman said. “I think the gist of it is to keep people from getting rid of the monarchy.”