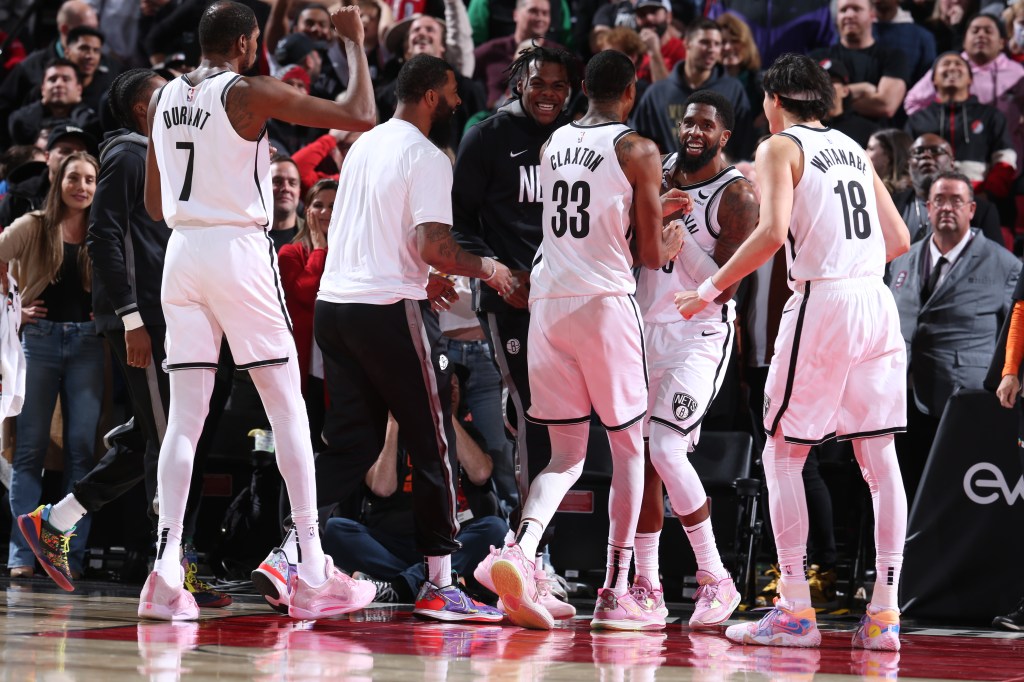 But when Durant missed an off-balance fadeaway with a fraction of a second remaining, the Nets star’s teammates were behind him – Royce O’Neale had the game-winning tip-in for a 109-107 victory in Moda Centre.

The Nets bounced back from their disastrous 153–121 loss two nights earlier in Sacramento, the worst defensive performance in team history. And they bounced back with perhaps their most significant win of the season, a victory over the Western Conference leaders.

Durant scored a game-high 35 points, and O’Neale had a triple-double with 11 points, 11 assists and 11 rebounds – nothing more significant than his last offensive rebound and back from Durant’s miss with 0.7 seconds left.

Yuta Watanabe had 20 points and seven rebounds, while Ben Simmons had his best performance of the season with 15 points, a dozen boards and seven assists.

“KD is a nightmare, man,” Billups said beforehand. “He’s a matchup nightmare. He’s one of those guys that when he gets in a spot and misses a shot, it wasn’t your defense that made that possible. He just missed a shot. That’s how special he is. He’s also one of those guys, if you can keep him at his average you’ve done well. You don’t want him having a crazy blowout night with you. But if you keep it around its average, you’ve probably played it well. He is that gifted.”

The Nets led 85-82 going into the fourth quarter before the Blazers started 9-2. But with Portland still ahead, 95-90, the Nets ripped off 10 unanswered points.

Simmons, deliberately fouled with 3:28 left, made one of two. The Blazers did it again 32 seconds later and Simmons hit both for a 103-99 lead.

An ill-advised offensive foul off the ball – with Durant trying to screen Justise Winslow – gave Portland the ball as the Nets clung to a 106–103 lead with 31 seconds left. Simmons hit a foul ball sending Jusuf Nurkic to the line, but he made only one of two, leaving the Nets with a deuce.

Durant went to the line with 14.9 seconds left. He missed the first free throw, but made the second.

Just as Durant’s missed free throws had hurt in a November 7 loss in Dallas, these misses seemed to haunt the Nets as Nurkic completed a three-point play with six seconds left to tie the score.

Until O’Neale untied it.