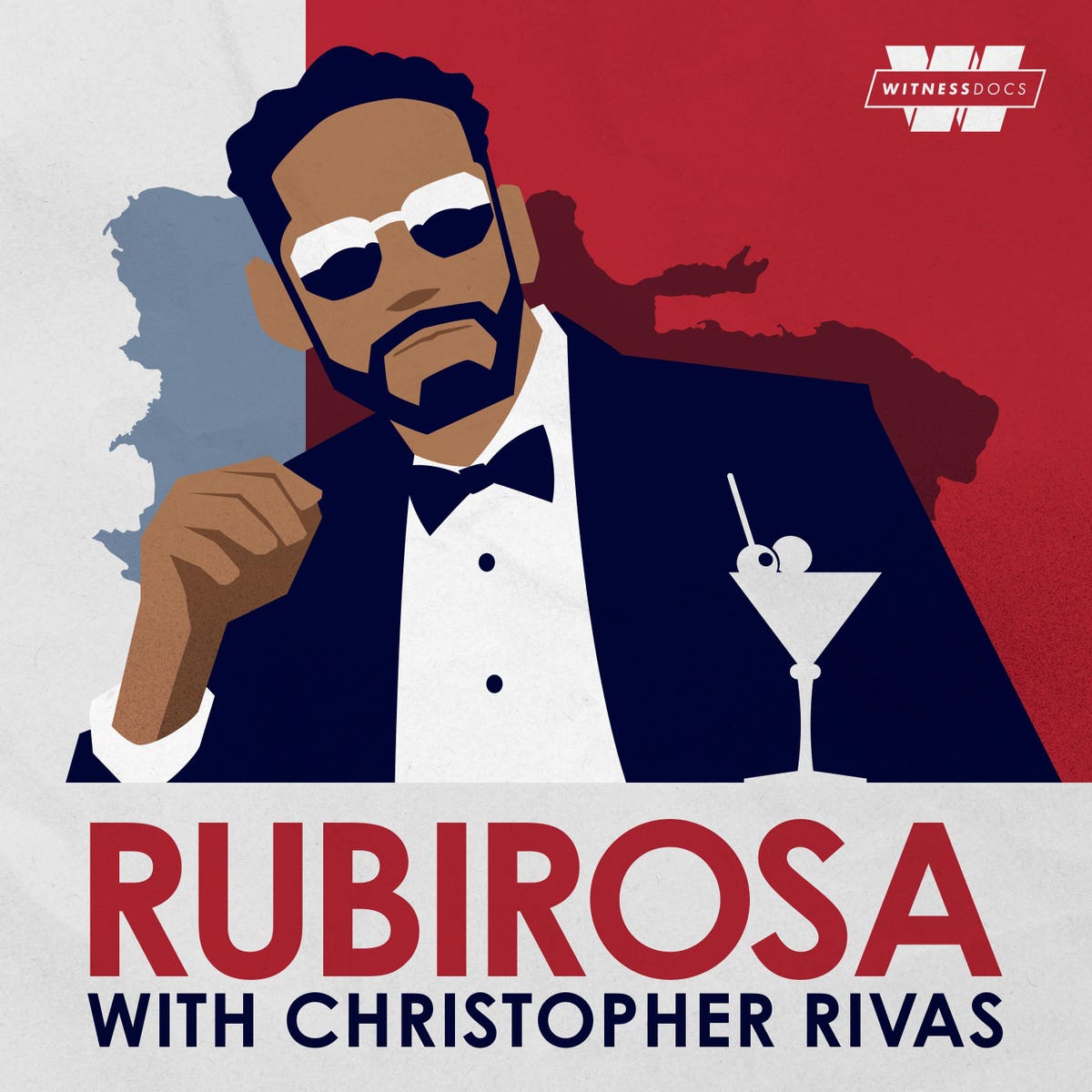 Rubirosa, a documentary podcast produced by Stitcher’s Witness Docs and created and hosted by Christopher Rivas (Call me Kat), debuts today. It explores the life of Porfirio Rubirosa, the man who inspired James Bond’s character. In addition to being a Dominican diplomat, Porfirio was an international polo champion, racing driver and pilot. He was a famous casanova, who was married five times to women, including Barbara Hutton and Doris Duke. He spoke five languages ​​and became the richest man in the world twice.

Rivas, a Dominican-American actor, author, and storyteller, not only offers a portrait of Porfirio’s life, but also explores money laundering in Hollywood and reflects on how his childhood might have been different if more movie heroes had looked like him.

I spoke with Rivas about why representation is important, and how his version of Porfirio’s story evolved into a one-man show podcast. We also discussed his book, Brown enough, which coming out this fall.

Risa Sarachan: I was surprised that I had never heard of Rubirosa until now, because James Bond is so important. How did you first learn about Porfirio Rubirosa?

Christopher Rivas: It’s wild, right, to think that one of the most successful franchises of all time could have been a Brown Man! I found out when I was in college. My buddy sent me an email with a link to a Vanity Fair article – and my world came crashing down. I was a young brown actor in a mostly white theater conservatory, and all I wanted to be as a kid was the first brown James Bond. I didn’t realize I was closer to that place than I ever thought.

Sarachan: I know this started as a one man show. How has it evolved in this?

Rivas: I started writing the one man show days after reading the Vanity Fair article. After a few years of touring the country with that show, I got in touch with Stitcher. Stitcher said yes to everything I made, but they also wanted so much more! With the Rubirosa podcast, they wanted to go deeper, and they were ready to put in some real journalism and resources. I don’t know how much I can say without giving away some juicy surprises. I just want to say that with this podcast we discovered and dug up and went to some pretty incredible places. Stitcher has helped me really get into the weeds of Rubirosa’s life – from its highest to its lowest lows – and my own life, for that matter.

Sarachan: Did you grow up as a James Bond fan?

Rivas: I loved Bond as a kid. I’d run around for hours in my tight whites with all my nerf guns strapped to my body or hidden in the house, imagining and reenacting these elaborate James Bond fantasy missions. I had the gadgets, the cool watch, the British accent, everything.

Sarachan: What do you think the impact is for black and brown kids if they don’t see themselves represented in movies and TV shows growing up?

Rivas: Be it Bond or anyone else, as a kid my white friends could put themselves in any movie they wanted. They were able to cast their own biopic in a few minutes of fantasy. They had endless choices of nearly identical celebrities and characters and stories that looked and represented them: their food, their faces, their hair, their families, their homes, and their Tuesday night dinners.

As a prepubescent 4’10” Dominican boy with glasses, a big nose and an afro with curly ass in Queens, who was I to pick? About three actors and three storylines that were criminalized, hypersexual and mediocre at best.

What we see is important, and what we show is important, and this is a theme we often explore in Rubirosa. Because the stories the media chooses to invest in are a not-so-subtle way of telling us which stories and people matter, and which stories and identities are worth representing. Young brown and black children need to see themselves more and more so that we know that we are seen and that we matter.

Sarakhan: What is your creative process in developing your work?

Rivas: This whole trip around the Rubirosa podcast started with one key question: “How would my life have been different if the character I loved most as a child looked like me, looked like my father, had my hair, my skin, my nose?”

As an artist I find it essential to unravel my question. In my opinion, a persistent problem is a good question that hasn’t been asked yet. I try to ask big questions and hopefully live, write, create and explore myself for an answer.

Sarakhan: Can you tell me about the book coming out this year?

Rivas: Brown enough explores the role of Brownness in this white/black world.

Brown enough begins with a moment that changed my life forever: the night Ta-Nehisi Coates told me at an intimate gathering in downtown Los Angeles that Brownness wasn’t in the race talk.

I asked him, “All I hear is black and white. As a brown man, an Afro-Latino man, where am I?” Coates took a breath and replied, “Not in it.”

Like a reprimanded child, I sat down and remained silent for most of the event. But the effects didn’t stop there. This conversation prompted me to think and rethink how white and black have affected my self-esteem and worth.

“Why isn’t Brown in it?” became the unspoken question for the rest of my life and a common thread through this book and all my art. Eventually, in every conversation, on every date, at every job, I started asking, “What are the consequences if I’m not in the conversation?” and “What does it take to be in it?”

Brown enough is the search for an answer.

This interview has been edited and abbreviated for clarity.

The first episode of Rubirosa can be heard here.

Pre-order a copy of the book Brown enough here.

Are travel restrictions in Europe really over? What we learned during Covid

Happy Independence Day: Know Its History, Importance, Meaning and Why It Is Celebrated on August 15

Charging an electric vehicle outdoors has recently been a frustrating, time-consuming undertaking