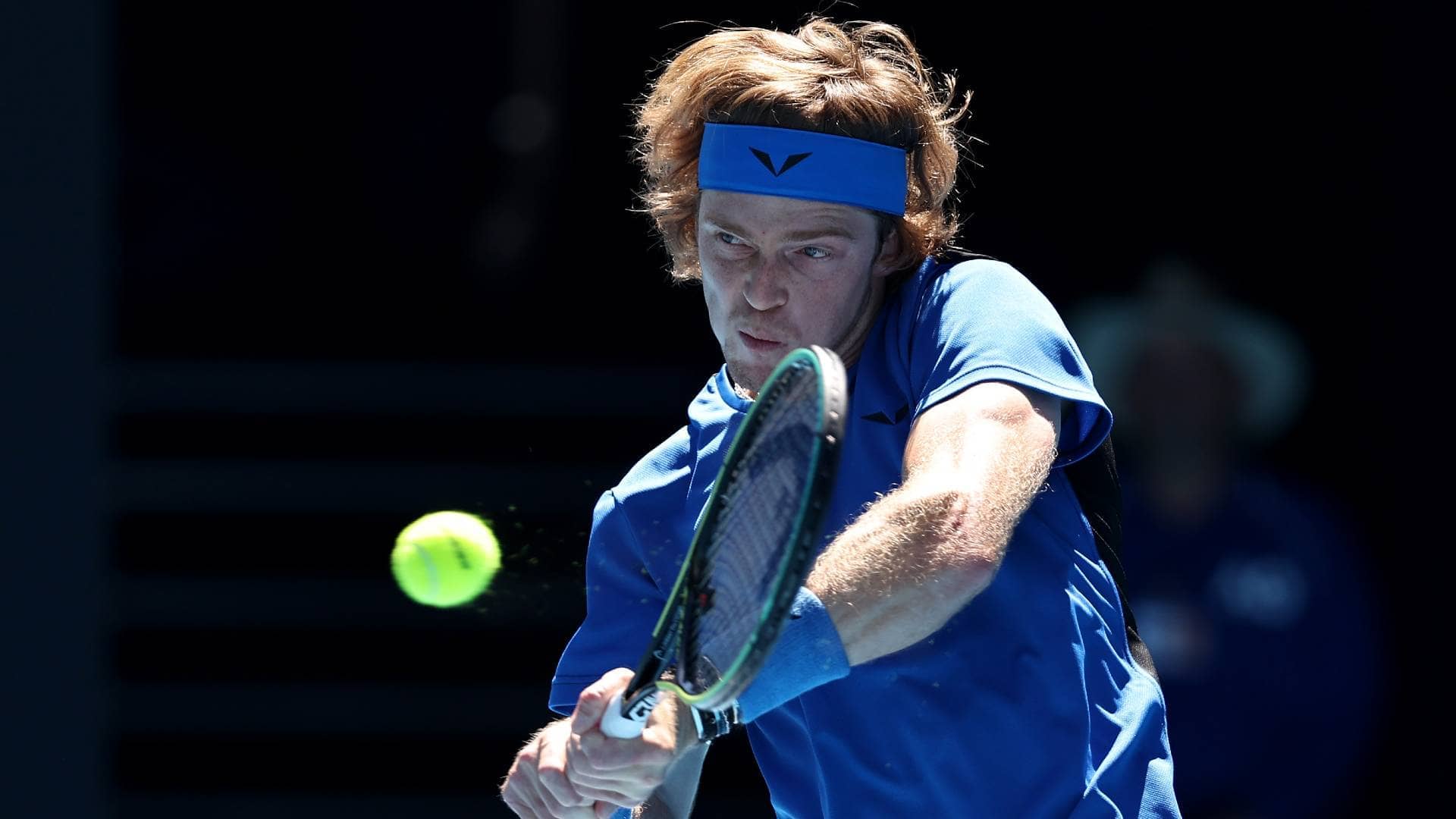 In a barely believable fifth set, Rublev fought back from 2-5, saved two match points on serve at 5-6 and then got into a 0/5 hole in the deciding tiebreak. On his third match point, he secured victory in the most vicious way from the Dane’s perspective, when a net cord dribbled over the net.

“I’ve never been able to win games like this in my life,” said Rublev after the game. “This is the first time I’ve ever won something like this, especially in a very special tournament, the Australian Open, to be in the quarter-finals. So it’s something I’ll definitely remember all my life. I’m out of words for.” I’m shaking and I’m happy.”

Over the course of three hours and 37 minutes, the twists and turns started early and began to build to the climax early in the fourth set. Rune struggled physically as he saved two break points in their first game, but after a visit from the trainer managed to find a second wind and steal the set – but only after failing to serve him out on 5-3.

The Dane was at his best early in set five and combined big hitting with athletic defending, ultimately converting his fourth break chance of the set into a 3-1 lead. But again, he couldn’t serve out the set – and this time, what would have been the game – as Rublev won 12 of 13 points to roar back from 2-5.

It was far from the last time the fifth seed would have his back against the wall, but he answered the call again to reserve his place in the Melbourne quarter-finals, where he will play either Novak Djokovic or Alex de Minaur.