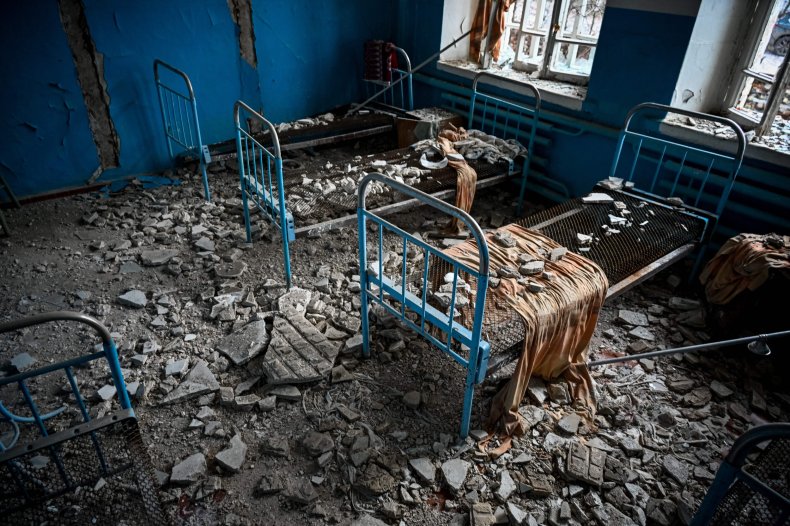 Ukraine’s health ministry said on Wednesday that Russia has attacked more than 1,200 medical facilities since the war began nearly a year ago. Of these, more than 170 were destroyed.

Oleksandr Komarida, the first deputy of the health minister, said Russia’s aggression has destroyed 1,206 medical facilities and about $1 billion will be needed for repairs, according to the health ministry’s website.

“Every day we receive figures from every region about the destruction and damage to medical infrastructure. Unfortunately, these figures are growing almost every day, especially in the front and near-front areas. Our hospitals, maternity hospitals and pharmacies continue to become targets for Russian missiles and projectiles But Russia will not break us with such ‘attacks.’ We are already rebuilding the destroyed hospitals so that our patients have full access to the necessary medical care,” Komarida said.

Most of the rebuilt medical facilities are in the Kiev, Chernihiv, Zhytomyr and Dnipropetrovsk regions, the health ministry said.

The World Health Organization said last year, shortly after the start of the war, that Ukraine had seen two to three health care attacks a day, of which the WHO “condemns these attacks in the strongest terms”.

“Attacks on health care are a violation of international humanitarian law, but a disturbingly common tactic of war – they destroy critical infrastructure, but worse, they destroy hope,” said Dr. Jarno Habicht, a WHO representative in Ukraine. “They are depriving already vulnerable people of care that often makes the difference between life and death. Healthcare is not a target – and should never be.”

Ukrainian President Volodymyr Zelensky said in his New Year’s speech to the nation that Russia is “afraid” and that he feels “anxiety”.

“They’re scared. You feel it. And they’re right to be scared. Because they’re losing. Drones, missiles, everything else won’t help them. Because we’re together. And they’re only together with fear,” Zelensky said . .

The Russian offensive war in Ukraine has now entered its 12th month, but they failed to take the capital Kiev and were pushed back by Ukrainian fighters. Ukrainian fighters have also put up a strong defense in northern cities such as Kharkiv, pushing Russian troops back to the nearby border.

Ukraine has received a large number of main battle tanks from Western allies due to arrive in the coming months, including 31 Abrams tanks from the United States.