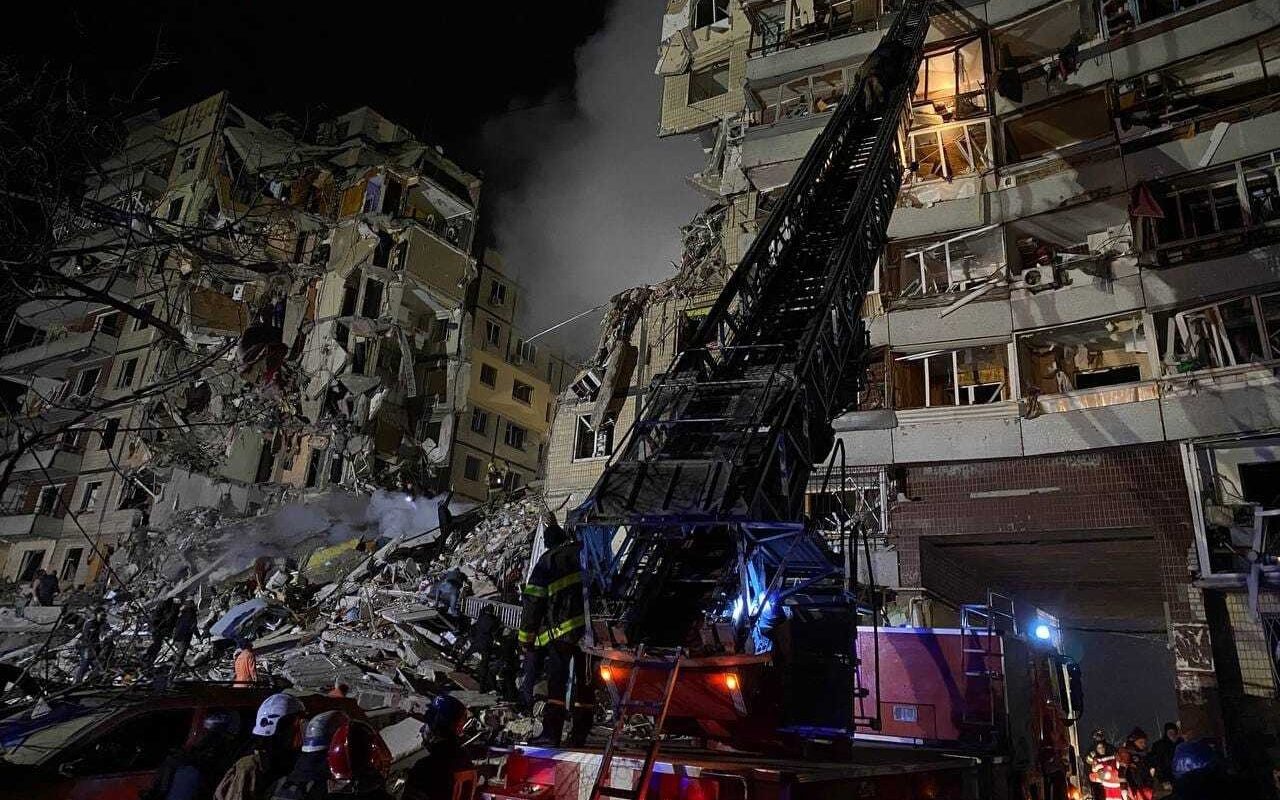 Six children were killed in a Russian missile attack on an apartment building in the eastern Ukrainian city of Dnipro.

The death toll has risen to 18, officials said today, as rescuers continue to search for survivors in the wreckage of the nine-story building.

Valentyn Reznichenko, the governor of Dnipro, said this morning that seventy-three people were injured, 40 of them in hospital, including four in intensive care.

Rescuers toiled through the night in search of survivors. They previously said they had heard people screaming for help under rubble.

The attack destroyed 72 apartments and damaged more than 230, leaving about 1,700 people without homes.

In a speech last night, President Volodymyr Zelensky paid tribute to the victims.

He said: “The world must stop evil. Clearing debris in Dnipro continues. All services work. We fight for every person, every life. We find everyone involved in terror. Everyone will bear responsibility. Extreme.”