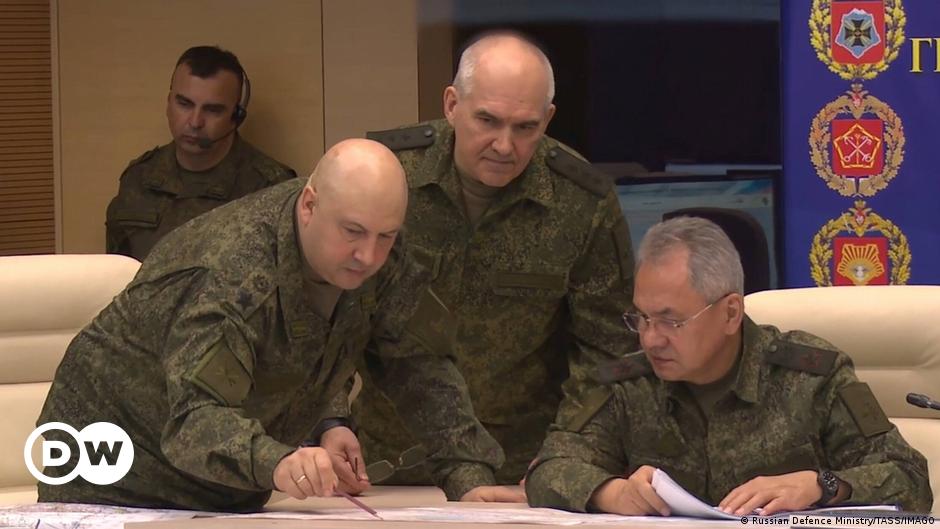 Russian Defense Minister Sergei Shoigu ordered his troops to withdraw from the southern city of Kherson on Wednesday, marking a major withdrawal for Russia.

The city of Kherson is located north of the Dnipro River on the left bank.

Defense Minister Shoigu and General Sergey Surovikin said troops should regroup on the other side of the river as Ukrainian troops advance.

“After a comprehensive assessment of the current situation, it is proposed to include the defense along the left (eastern) bank of the Dnipro River,” Surovikin said in a televised briefing.

Surovikin said it was no longer possible to supply the city of Kherson and other areas on the left bank of the river; Shoigu agreed to his proposal to withdraw and set up defenses on the other side.

“Continue with the withdrawal of troops and take all measures to ensure the safe transfer of personnel, weapons and equipment across the Dnipro River,” Shoigu told Surovikin.

Shoigu was visiting the region for briefings with military commanders.

The news coincided with images circulating online showing the Darivka Bridge on the highway east out of the regional capital is almost completely destroyed and sits in the Dnipro River. It was not immediately clear how the bridge had been destroyed and by whom.

Earlier in the week, images were also circulating of the Kherson regional government building, apparently without a security presence and no visible Russian flags. However, Kiev had warned at the time that some of these images could be misinformation or a trap or both.

Surovikin told Shoigu that some 115,000 people had been removed from the western bank of the Dnipro.

Ukraine defines the movement of these people to the Russian-occupied territory as deportation.

Kherson is one of the regions Russia recently declared annexation after so-called referendums.The regional capital of the same name was also the first major city Russia captured after the February 24 invasion. Kherson borders Crimea, which Russia illegally annexed in 2014.

Here are the other headlines from the war in Ukraine on Wednesday, November 9:

Too early to talk about Russian withdrawal from Kherson – senior adviser

A senior adviser to the Ukrainian presidency told Reuters news agency it was too early to talk about a Russian withdrawal from the city of Kherson.

“Until the Ukrainian flag flies over Kherson, there is no point in talking about a withdrawal from Russia,” Mykhailo Podolyak said in a statement to Reuters.

Podolyak said Russian troops remained in Kherson, so it seemed they were taking a cautious stance.

“Ukraine does not take these statements (from Russia) into account,” he said.

“It is too early to talk about the withdrawal of Russian troops from Kherson: a group of the armed forces of the Russian Federation is maintained in the city and additional manpower is being drawn to the region,” Podolyak said.

This follows Russia’s defense minister’s earlier announcement that troops would be withdrawing from the western bank of the Dnipro River.

“Kirill Sergeevich Stremousov has passed away,” the head of Russia-annexed Crimea, Sergei Aksyonov, said on the Telegram messaging app, calling him a “true fighter” and a “Russian patriot”. Aksyonov did not specify the cause of death.

Another Russian-installed official in Kherson said he was involved in a traffic accident.

Stremousov, 45, was one of the leading officials in Ukraine who supported the Russian invasion.

The Ukrainian army is advancing toward the city, but has kept details of its operations vague.

Prior to his death, Stremousov had called on residents to evacuate Kherson and head east, saying it was for their own safety – Ukraine described the call as a program of forced deportations.

The European Commission has unveiled an economic aid plan of €18 billion (about $18 billion) for Ukraine, intended to help Ukraine until 2023.

Under the plan, the EU will provide €1.5 billion in loans each month.

“We are presenting this new financial package for Ukraine at a time of acute needs for the country as Russia’s relentless attacks continue to affect key infrastructure,” Commission Vice-President Valdis Dombrovskis said.

The International Monetary Fund estimates that Ukraine will need $3 to $4 billion per month by 2023.

The EU hopes that the US will match its contribution, while financing the deficits will come through other donors and financial institutions.

The financial aid package has yet to be approved by EU Member States.

Ukrainian President Volodymyr Zelenskyy took to Twitter after the announcement, saying: “This shows the true solidarity of the EU”, also calling on Ukraine to eventually join the bloc.