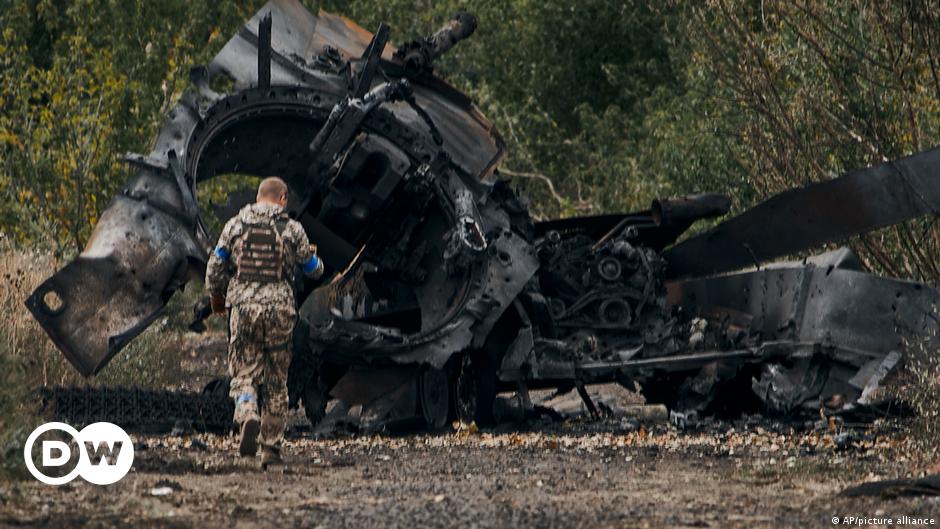 Russia is struggling to get reinforcements to the front lines after the recent Ukrainian counter-offensive and is “forced to prioritize emergency defensive measures,” according to the latest British military intelligence report.

The report said Russia had likely ordered the complete withdrawal of Russian troops from the entire Kharkiv Oblast, adding that “Russia is likely to struggle to bring sufficient reserves across the Dnipro River to the front line” in the south, near Kherson.

Ukrainian long-range artillery is reportedly hindering Russia from carrying out repair work at the border crossings over the Dnipro.

The intelligence report added that the significant success of the Ukrainian counter-offensive forced Russia to “give priority to emergency defensive measures”, thereby restructuring its overall operation plan. This has also contributed to the erosion of the troops’ confidence in the military leadership.

Ukrainian President Volodymyr Zelenskyy thanked Ukrainian troops who “liberated hundreds of our towns and villages” in a video address on Sunday. Ukraine has recaptured Balakliya, Izium and Kupiansk in its latest counter-offensive.

The European Union’s visa agreement with Russia, which allowed citizens relatively easy access to the Schengen area, was completely suspended on Monday.

The European Council last week adopted a proposal to suspend the visa agreement with Russia, which has been in force since 2007.

Due to the suspension, Russians will receive significantly fewer visas. There will be restrictions on multiple entry visas, as well as an increase in cost from €35 ($35) to €80. Visa processing time will also increase.

Some applicants may have their application rejected, while for others their current visas will be revoked due to tightening of the rules.

Western governments are moving to replenish their arms stocks, which have been depleted by the supply to Ukraine.

ALSO READ  The Interview - War in Ukraine: 'We are absolutely against the use of nuclear weapons,' Belarus says FM

Ukraine relies heavily on its Western allies for weapons — especially critical artillery and missile systems — in its war against Russia.

The supply of the ammunition to Ukraine also came from reserves held for their own defence.

US Defense Secretary Lloyd Austin announced a meeting of senior national armaments directors from allied countries to “discuss how our defense industrial bases can best equip Ukraine’s future troops with the capabilities they need” while rebuilding their own reserves. build.

Since the start of the war, the US has supplied Ukraine with weapons worth $15.2 billion.

In July, European Commissioner Thierry Breton warned EU countries against tapping into their arms stockpiles. “This has created a de facto vulnerability that now needs to be addressed urgently,” he said.

Emergency funding from the IMF to address food price shocks

According to an exclusive Reuters report, the International Monetary Fund is exploring options to provide emergency financial assistance to countries experiencing food price shocks, especially those caused by war.

The measures will be discussed Monday at an IMF board meeting.

One of the beneficiaries of this funding will be Ukraine, and will come without imposing conditions required in regular fund programs. At the same time, IMF officials admit that Ukraine needs a “full-fledged” financing package.

Food prices around the world have risen since Russia’s invasion of Ukraine, in which sanctions and blocked shipping routes played a major role.

While the resumption of grain exports from Ukraine has pushed prices down in recent weeks, many African and low-income countries continue to face food shortages.