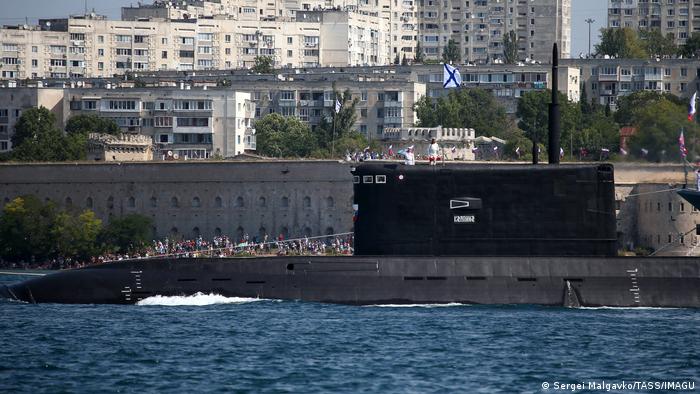 Ukraine said its forces continue to make progress eastwards toward the Russian-occupied Donbas region, paving the way for an attempt to potentially retake parts of Luhansk province.

Ukrainian governor of Luhansk province Serhiy Gaidai said Ukrainian forces have recaptured the village of Bilohorivka, a suburb 10 kilometers (6 miles) west of the city of Lysychansk, which fell to Russian forces after fierce fighting in July.

Although the reports could not be independently verified, the capture of Bilohorivka would mean that Russia no longer has full control of Luhansk province. Lysychansk was the last Ukrainian city in Luhansk to fall after the Russian summer offensive in the region, which Moscow touted as a major victory.

Gaidai said Ukrainian troops are preparing to take the rest of Luhansk province from the Russian occupiers.

“Every inch will be fought for,” Gaidai wrote on Telegram. “The enemy is preparing their defense. So we won’t just march in,” he added.

“The occupiers are clearly in a panic,” Zelenskyy said in a televised speech late Monday, adding that he was now focusing on “speed” in liberated areas.

On Tuesday, Russian-installed officials in Luhansk claimed that a Ukrainian attack on Krasnorichenske, a village about 30 kilometers (19 miles) north of Lysychansk, killed seven civilians.

Russia has removed a significant portion of its Black Sea fleet submarines from Crimea after attacks on Russian naval bases and other military installations in the region, the British Ministry of Defense said.

“This is most likely due to the recent change in the local security threat level in light of increased Ukrainian long-range attacks,” it said in an intelligence update on Tuesday.

Former Russian President Dmitry Medvedev – currently deputy chairman of the Russian Security Council – said on Tuesday that it is “essential” that the separatist People’s Republics of Donetsk and Luhansk hold referendums to join the Russian Federation.

Medvedev said on social media that joining Russia would be vital to protect their interests as it could further justify Russia’s use of military force against Ukrainian forces in the Donbas.

British Prime Minister Liz Truss announced Tuesday morning that next year the UK will meet or exceed the £2.62 billion ($2.63 billion) military aid spent on Ukraine in 2022.

In a statement, Truss’s office said this future military support likely includes multiple missile launch systems that will be used on the battlefield.

“My message to the people of Ukraine is this: the UK will be right behind you every step of the way,” she said. “Your safety is our safety.”

German Foreign Minister Annalena Baerbock said this week’s United Nations General Assembly, which begins Tuesday, will not be “like the previous one”.

Before the meeting in New York City, Baerbock said the Russian invasion of Ukraine undermines the principles on which the UN is founded.

Baerbock said her focus at the meeting would be on “how to deal with and prosecute the heinous crimes committed in Ukraine in the name of Russia”.

“It takes the United Nations to find common solutions to global problems,” she added. “No country should live in fear of a stronger neighbor attacking it.”

Check out TBEN’s latest coverage of the war in Ukraine

TBEN will report from the weekend about the threat of a nuclear disaster and other developments.

Amid extensive sanctions from the West, Russia has attempted a second economic pivot toward Asia.

TBEN looks at why this new strategy hasn’t paid off at recent leaders’ conferences.

Jimmy Fallon Sings DeSantis On A ‘Gift’ He Could Have Offered...

Jimmy Fallon Sings DeSantis On A ‘Gift’ He Could Have Offered...