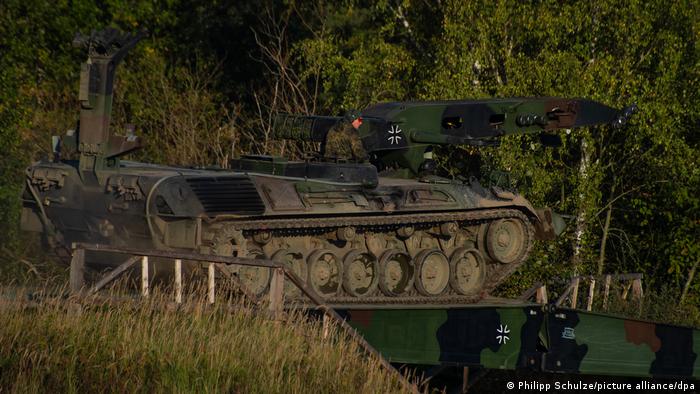 “I heard today about the attack by the occupiers on Olenivka, Donetsk region. It was a deliberate Russian war crime, a deliberate mass murder of Ukrainian prisoners of war. More than 50 dead,” Zelenskyy said in a video address delivered late at night. . .

He called on Washington to declare Russia a state sponsor of terrorism after the attack.

“I mainly appeal to the United States of America. A decision is needed and it is needed now,” Zelenskyy said, adding that the United Nations and the International Committee of the Red Cross (ICRC) needed to do more to protect Ukrainians. protect prisoners of war. .

Russia’s defense ministry previously claimed that Kiev’s armed forces carried out the attack, which reportedly killed 40, to prevent its soldiers from surrendering due to low morale.

Separatist authorities and Russian officials said 53 Ukrainians were killed in the attack
POWs and another 75 wounded.

The Ukrainian army denied having carried out any attacks in Olenivka and accused the Russians of shelling the prison to cover up the alleged torture and execution of Ukrainians there.

The reports have not been independently verified.

The Ukrainian soldiers were taken prisoner of war by invading Russian troops after heavy fighting off the port of Mariupol on the Sea of ​​Azov. The Ukrainians had for months barricaded themselves at the steep Azovstal factory while defending the city.

Meanwhile, the ICRC said it has sought access to the facility and has offered to help evacuate the injured.

Here are the other headlines from the July 29 war in Ukraine.

Russian army attacks Kiev for the first time in weeks

Russian forces bombed the outskirts of the Ukrainian capital Kiev on Thursday in the first attack on the city in weeks as Moscow continues its months-long invasion of its neighbor.

Life in Kiev had almost returned to normal after a failed Russian attempt to take the capital in the early weeks of the Moscow invasion launched on February 24.

The attack came as Ukraine first marked Ukrainian State Day – a new holiday introduced by President Zelenskyy after the war broke out – and when Lithuanian President Gitanas Nauseda paid a visit to Kiev.

The Chernihiv region northeast of Kiev was also hit by 10 Russian missiles on Thursday, regional governor Vyacheslav Chausov said. told Ukrainian TV. This was again the first attack on the area in weeks.

The Northern District Command of the Ukrainian Armed Forces said more than 20 rockets had been fired from Belarus into the Chernihiv region, which borders Russia.

A young Russian soldier has his life sentence reduced to 15 years in prison by a Ukrainian court after his lawyer appealed the verdict, saying it was handed down under “civil pressure”.

The soldier, Vadim Shishimarin, who was 21 when he was convicted, has been found guilty of killing an unarmed civilian in northeastern Ukraine in the early days of the Russian invasion in February.

He was the first sentence of its kind after the invasion began.

Shishimarin claimed he shot the unarmed man, 62-year-old Oleksandr Shelipov, under pressure from another soldier.

Ukrainian President Volodymyr Zelenskyy watched as grain was loaded onto a Turkish ship, the first to be readied for transport following a UN-Turkey brokered deal with Russia to allow grain exports during the invasion of Moscow.

“The first ship, the first ship to be loaded since the beginning of the war. This is a Turkish ship,” Zelenskyy said, according to a statement from the presidency.

The statement said exports could begin in “the next few days” under the plan, which aims to get millions of tons of Ukrainian grain currently blocked for release by the Russian naval blockade from Ukraine’s Black Sea coast to the world markets.

The ship was moored in Chornomorsk harbor on the northwestern shore of the Black Sea southwest of Odessa.

The loading of ships took place just a week after Russian missiles hit the port city of Odessa, calling into question Moscow’s commitment to the deal it had signed just hours earlier.

Ukraine’s Infrastructure Minister Oleksandr Kubrakov said on Friday that a total of 17 ships had already been loaded with grain in Ukraine’s Black Sea ports, and another was now being loaded.

He told reporters he hoped the first ships would leave port by the
end of this week.

US Secretary of State Antony Blinken and Russian Foreign Minister Sergey Lavrov spoke for the first time since Russia invaded Ukraine on February 24.

Blinken told reporters afterwards: “We had a candid and direct conversation. I urged the Kremlin to accept the substantial proposal we put forward.”

Blinken referred to a proposal that the Biden administration made public on Thursday to exchange Russian arms dealer Viktor Bout, who is in prison in the US, for the arrested Americans, US Olympian and women’s basketball player Brittany Griner and former US Marine Paul. whelan.

The US Secretary of State also said he told Lavrov that the world will not recognize Russia’s attempt to annex part of Ukrainian territory.

A Russian foreign ministry said Lavrov told Blinken the US is failing to keep its food-exempt sanctions against Moscow.

Germany will supply Ukraine with 16 tanks that can be used to provide temporary bridges or bridge damaged bridges, allowing troops and military vehicles to cross holes or rivers, the defense ministry said Friday.

The Biber tanks “will allow Ukrainian troops to cross waters or obstacles in combat,” the ministry said in a statement.

It said the first six systems would ship from the fall this year, and 10 more next year.

The German economy neither grew nor shrank in the second quarter compared to the previous, according to the first estimate by the Federal Statistical Office (Destatis).

In the first quarter, Europe’s largest economy grew by 0.8%, the latest data shows.

The stagnation can be attributed to a number of factors that have weighed heavily on global economies in recent years, including the Russian invasion of Ukraine and the coronavirus pandemic, Destatis said.

Also on Friday, figures from the German Federal Employment Agency showed unemployment growth of 0.2 percentage points to 5.4%, an increase attributed in part to the inclusion of refugees from Ukraine in the data.

However, agency official Daniel Terzenbach said that “the job market remains generally stable despite all the tensions and uncertainties.”

British Defense Secretary: Putin may be looking for new plan amid failed invasion

Russia’s invading forces in Ukraine are failing in “many areas,” something that could prompt Russian President Vladimir Putin to make a change of strategy, British Defense Secretary Ben Wallace said Friday.

“The Russians are currently failing on the ground in many areas…Putin’s Plans A, B and C have failed and he could be looking at Plan D,” Wallace told Sky News.

Some parts of the frontline in eastern Ukraine are now likely to fall under the responsibility of Russia’s private military company Wagner Group, according to an intelligence update update from the British Ministry of Defense.

This is because Russia may be suffering from significant shortages of combat infantry, the update said.

“This is a significant change from the group’s previous employment since 2015, when it typically undertook missions different from overt, large-scale regular Russian military personnel.
activity,” the update said.

However, it said it is unlikely that mercenaries will have any meaningful impact on the course of Russia’s invasion of Ukraine.

International mission to review the human rights situation in Russia

The United States, along with 37 other countries, will join an expert mission to review the human rights situation in Russia amid concerns over Moscow’s increasing restrictions on freedom of expression and reports of torture of people in detention.

The mission was announced Thursday by US State Department spokesman Ned Price, who said the mission’s report would be released publicly in September.

The review was initiated by invoking the Organization for Security and Co-operation in Europe (OSCE) “Moscow Mechanism”. The mechanism has been invoked three times since Russia invaded Ukraine in February.

In April, an OSCE mission said it had found evidence of war crimes and crimes against humanity committed by Russia in Ukraine. The Russian mission to the OSCE called the report
“unsubstantiated propaganda”.

Despite Moscow’s claims to the contrary, Western sanctions against Russia are having a serious impact on the country’s economy, according to a study by researchers at the prestigious Yale University in the US. Read the story here.

Conservative politicians and pundits in the US have criticized Ukrainian President Volodymyr Zelenskyy’s wife Olena Zelenska for being featured in a magazine cover story. Fashion. But Ukrainians welcome the publicity it has given to their fight against the invading Russian forces. TBEN looks at both sides of the argument.

Since the beginning of the Russian invasion of Ukraine on February 24, there has been an ever-changing stream of arguments to try to justify the attack by Kremlin figures. TBEN looks at how the Russian story has developed in recent months.