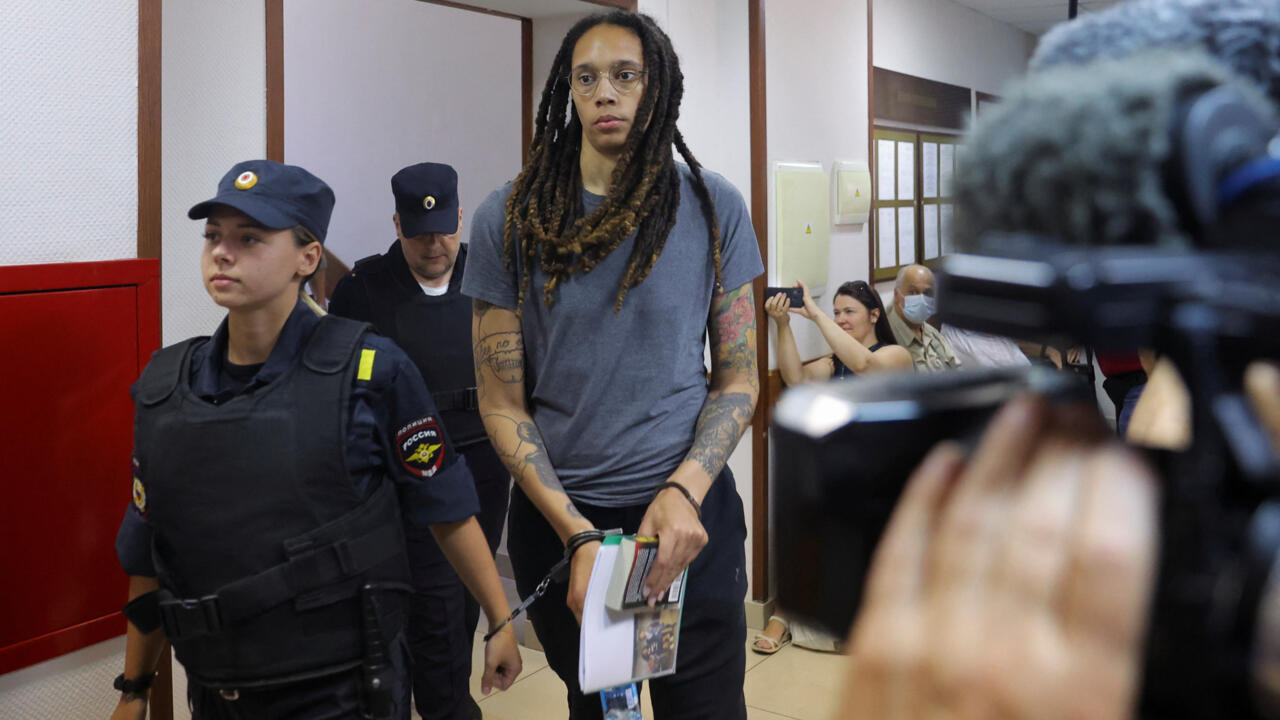 Griner was arrested in mid-February and her case threw the Texan athlete into the geopolitical maelstrom that ensued when President Vladimir Putin sent troops into Ukraine on February 24, pushing US-Russia relations to new post-Cold War lows.

Griner’s conviction could now pave the way for a US-Russia prisoner swap that would see the 31-year-old athlete and an imprisoned Russian who was once a prolific arms dealer.

Griner had admitted to having the hash oil vape cartridges, but said it was a genuine mistake. Before the verdict, she pleaded with a Russian judge not to “end her life” with a hefty prison sentence, before bursting into tears in court. The court also fined her 1 million rubles ($16,990).

Biden, pressured to help free Americans held in Russia, called on Russia to release Griner immediately and said his administration would continue to work toward her release.

“Today, US citizen Brittney Griner was given a prison sentence that is another reminder of what the world already knew: Russia is wrongly holding Brittney,” Biden said in a statement.

“It is unacceptable and I call on Russia to release her immediately so that she can be with her wife, loved ones, friends and teammates.”

Griner’s lawyers said they would appeal. The defense team said that when sentencing, the court ignored all of the evidence they presented, as well as Griner’s admission of guilt. They said they were “disappointed” by the verdict.

The Russian prosecutor had sentenced Griner, a two-time Olympic gold medalist and a star of the Women’s National Basketball Association (WNBA), to 9-1/2 years in prison if found guilty of introducing illegal drugs into the country. .

Griner was detained at Moscow’s Sheremetyevo Airport on February 17 with the hash oil cartridges in her luggage. While pleading guilty, she said she had no intention of bringing a banned substance into Russia, nor hurting anyone.

“I made an honest mistake and I hope in your statement my life does not end here,” Griner said in court on Thursday before bursting into tears.

“My parents taught me two important things: one: take responsibility and two: work hard for everything you have. That’s why I pleaded guilty to my charges.”

Griner also referred to the international politics surrounding her case.

“I know everyone keeps talking about political pawn and politics, but I hope this is far from this courtroom,” Griner said.

Cannabis is illegal in Russia for both medicinal and recreational purposes.

Griner’s defense team had called for acquittal. Her lawyers said Thursday that if the court deemed it necessary to punish her, she should be treated leniently, placing her as a sports legend alongside Usain Bolt and Michael Schumacher.

“In sprinting there is Usain Bolt, in Formula 1 there is Michael Schumacher and in women’s basketball there is Brittney Griner,” lawyer Maria Blagovolina, a partner at law firm Rybalkin Gortsunyan Dyakin and Partners, told the court.

Alexander Boikov, her other lawyer, said some of the files were prepared in violation of the law.

The United States has offered to exchange Russian prisoners for US citizens, including Griner and former Marine Paul Whelan.

“I want to say again that it was not my intention to break Russian law,” Griner told the court. “I had no intention, I did not collude or intend to commit this crime.”

Russian officials have said no deal has been reached. They argue that Griner – known to basketball fans as “BG” – has broken laws and should be judged accordingly.

Griner appeared at the hearing in a gray T-shirt and round-rimmed glasses. Before taking her place in the defendant’s cage, she held up a team photo of UMMC Ekaterinburg, the team she played for in Russia during the WNBA offseason.

In her testimony last week, Griner expressed her surprise at how the vape cartridges ended up in her luggage as she flew back to Russia to join UMMC Ekaterinburg for the playoffs.

Griner had been prescribed medical marijuana in the United States to relieve pain from chronic injuries, a treatment method common among elite athletes because it has fewer side effects than some pain relievers.

Russia suspends START weapons inspections due to US travel restrictions