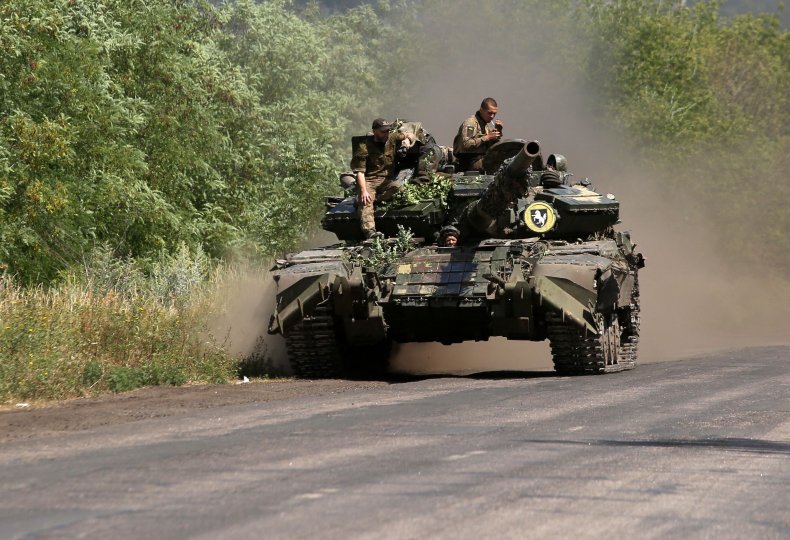 The Ukrainian army says it killed 20 enemy troops, destroyed several tanks, disabled armored vehicles and disabled a howitzer on what has been described as a “tense” day in the country’s war with Russia.

Ukraine’s “South” operational command reported in a Facebook post on Tuesday that the army had killed 20 Russian soldiers and destroyed two T-72 tanks, along with an “Msta-B” howitzer and four armored military vehicles. The battlefield in the southern part of Ukraine was described as particularly ‘complex and tense’.

The post also said the threat of Russian missile strikes to Ukrainian civilians remained high, pointing to the presence of an enemy fleet of 13 ships and boats in the Black Sea, some of which could carry missiles. The military reminded citizens to act in accordance with the warnings and obey martial law.

“Given that the threat of missile strikes and, in some areas, artillery shelling remains high, do not ignore air warning signals,” the Facebook post read. “If it is appropriate, follow the two-wall rule, take cover.”

“Do not expose yourself to danger, observe the rules and restrictions of the martial law regime, rely only on verified sources of information and defense,” it continued.

The Ukrainian Air Force also said in a Facebook post on Tuesday that its anti-aircraft weapons and a fighter jet shot down seven of eight Russian missiles bound for central, southern and western Ukraine after being launched into the Caspian Sea from two Tu- 95 strategic bombers.

Meanwhile, comments that the Ukrainian Major General Vadym Skibitsky gave to The Telegraph When he said on Monday that Ukraine was using US-supplied weapons using “all kinds of real-time information,” Russian allegations have sparked that the US is now “directly involved” in the war.

Russia’s defense ministry said in a statement that Skibitsky’s comment “proves undeniably that, contrary to the claims of the White House and the Pentagon, Washington is directly involved in the conflict in Ukraine,” according to Reuters.

“It is the Biden administration that is directly responsible for all Kiev-approved rocket attacks on residential areas and civilian infrastructure in populated areas of Donbas and other regions that have resulted in mass deaths of civilians,” the statement continued.

ALSO READ  Man held on $60,000 bail after allegedly running over pedestrians in Raymond

Questions were also raised about the health of Russian President Vladimir Putin during Skibitsky’s interview with… The Telegraph. The general said Putin was “not in good health physically or mentally” and that his confidants were “paniced about his health”.

“He uses a lot of doubles… and sometimes it’s hard to tell if it’s the real Putin or someone who replaces him,” Skibitsky said. “The main strategic goal remains the same: the total destruction of Ukraine as a state.”

Despite several baseless claims that Putin suffers from various ailments, from cancer to Parkinson’s disease, Russia has repeatedly denied that the leader suffers from any serious illness.

“Ukrainian, American and British information specialists have thrown out several fakes about the president’s health status in recent months,” Kremlin spokesman Dmitry Peskov told reporters last month. “These are nothing but fakes.”