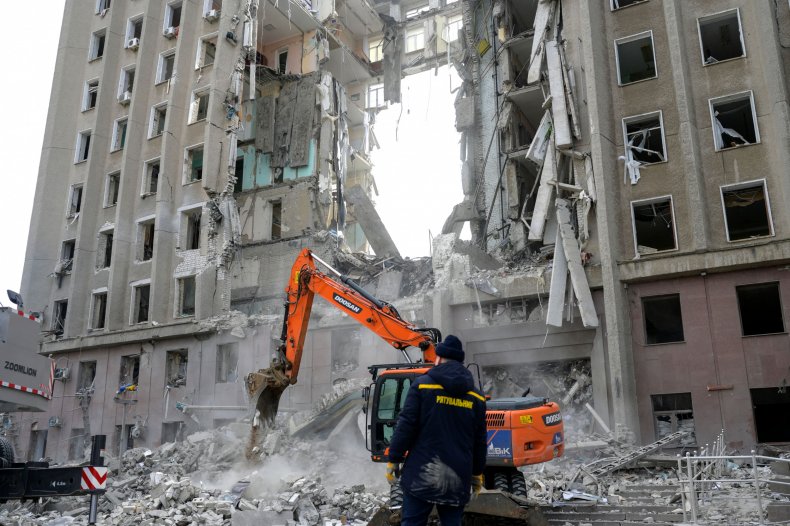 One of the richest men in Ukraine, along with his wife, was killed in a Russian missile attack in the early hours of Sunday, and a politician claims it was a targeted attack.

Oleksiy Vadatursky, 74, was a prominent magnate in the Ukrainian grain industry, who owned and operated the export company Nibulon. He was ranked as the 24th richest person in the country and was at one point the recipient of the “Hero of Ukraine” award. He and his wife Raisa were killed in their home during a heavy Russian bombing raid on Mykolaiv, a major city in southern Ukraine, local officials reported Sunday.

ALSO READ  The Abandoned Children of the Arab Spring in Egypt

Oleksandr Senkevych, the mayor of Mykolaiv, said the bombing was most likely the worst the city has endured to date. Vadatursky’s home was one of several hit, along with a hotel, sports complex, two schools and a gas station.

Mykhailo Podolyak, a Ukrainian journalist turned politician and adviser to President Volodymyr Zelensky, spoke of Vadatursky’s death, claiming he was killed in a targeted attack. As proof, he cited the fact that a rocket hit directly the bedroom in which he slept.

In his own statement on the situation, Zelensky called Vadatursky’s death “a great loss to all of Ukraine” and praised his work to build the country’s grain market, a vital service amid ongoing global food and supply shortages.

“It is these people, these companies, right in the south of Ukraine, that have guaranteed the world’s food security,” Zelensky added later, according to Reuters. “It always was. And it will be again… Our people, our capabilities, are certainly more powerful than any Russian missile or grenade.”

As a major global grain exporter, Ukraine’s hampered ability to ship products during the Russian invasion had a significant impact on global food prices. The two countries last signed an agreement brokered by the United Nations to reopen certain ports on the Black Sea and resume exporting.

However, the deal was nearly derailed when Russian troops resumed the major port city of Odessa the day after signing. The first shipment of grain is now expected to depart from Odessa on Monday morning. Odessa is only 130 kilometers away from Mykolaiv.

Russia has denied Ukraine’s claims that it stole grains harvested in occupied country and exported it for itself.