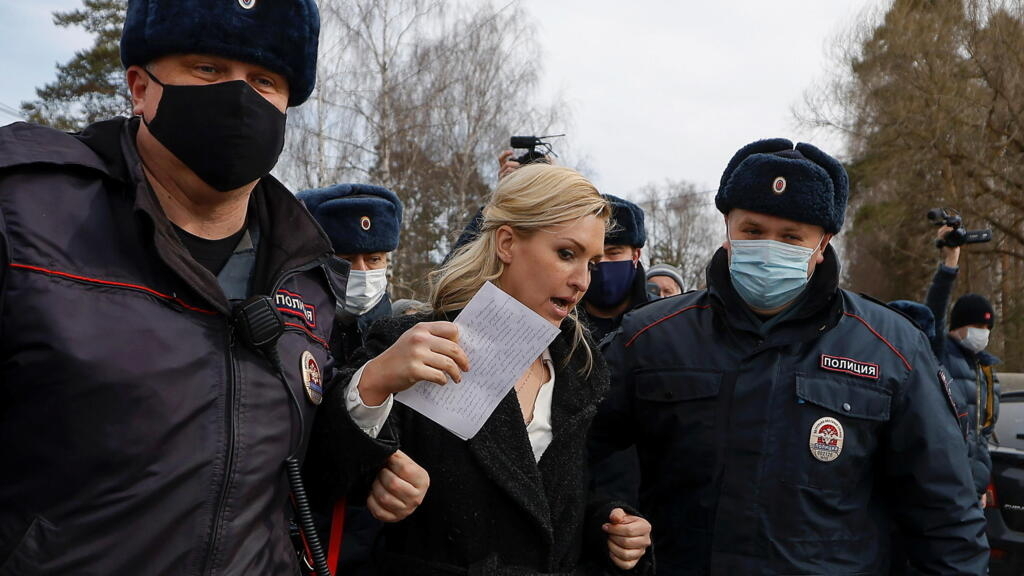 Russian police on Tuesday arrested nine people outside a prison housing Kremlin critic Alexei Navalny as a small group of his supporters walked into the facility, and authorities refused a doctor attempting to see him.

Navalny, 44, an opponent of President Vladimir Putin, announced a hunger strike last week to protest what he said was the prison authorities’ refusal to treat him properly for severe back and leg pain .

Some allies had said they would demonstrate from Tuesday at Pokrov city prison, about 100 km (60 miles) east of Moscow, unless he sees a doctor of his choice and receives appropriate medication.

The prison said his health was satisfactory and that he had received all necessary medical attention.

Navalny’s wife, Yulia, said she received a letter from prison authorities dated March 17, saying that he did not have her passport with him and that this could prevent him from being admitted to the hospital. hospital in case of illness.

Anastasiya Vasilyeva, an ally of Navalny who heads a doctors’ union, was turned away from the prison despite saying she had an appointment with a senior prison official and wanted to see Navalny and check on her. health.

“Not all of our peaceful actions are working,” she said.

Police then detained her along with at least six other people, including several supporters and two TBEN reporters, Reuters correspondents said.

Police said nine people had been taken into custody for violating public order. Security at the prison was tightened earlier on Tuesday.

Navalny was sentenced to around 2.5 years in jail in February after a court ruled he violated parole on a fraud conviction in a case he said was politically motivated.

“I believe he is innocent. I am entirely on his side,” said Antonina Romanova, a supporter of Navalny outside the prison. “It happens that for one reason or another, the people who can fix things in the country end up in jail.”

Navalny said on Monday he had a high fever and a bad cough and that three inmates on his ward had been admitted to hospital with tuberculosis.

Pro-Kremlin newspaper Izvestia later quoted the state prison service as saying Navalny had been transferred to an infirmary and tested for COVID-19.

The Kremlin declined to comment on Navalny’s health, but said he would receive medical treatment like any other prisoner if he was ill.

Italy. Matteo Salvini should not be tried for a migrant case, according to the prosecutor | TBEN | 10.04.2021