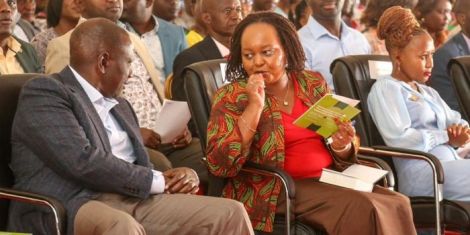 President William Ruto lashed out at Azimio la Umoja and rejected the planned Kamukunji rally to be held on Monday, January 23.

Speaking at a church service in Kirinyaga County’s Kerugoya Stadium, Ruto poked holes in the opposition’s motive for the rallies – declaring it was a ruse to serve his interests.

However, the head of state confirmed that the country would not be held hostage by selected people who did not get their way during the August 9 general election.

“Those who are against peace and unity in the nation and they want to bring us old stories. I want to promise Kenya that we will not allow the country to be held hostage by threats and blackmail from a few people who are looking for their personal interests.”

“So have no fear, TBEN. I will not allow a few people to threaten us so that we are distracted from the promises we are going to make to our people. Our focus will not be diverted from serving their interests, hence we they don’t tell anymore,’ said Ruto.

Ruto poked further holes in his critics, noting that the opposition should be satisfied with the spoils they earned from threats from the previous governments.

“What you got from threats, let it be enough and satisfy you. Now let’s work for the people. We can’t serve the same people day in and day out because they want to organize a rally. Do it all you want, but it country will move forward.”

In addition, Ruto has issued a stern warning to cartels in the agricultural sector, showing that they are part of the financiers behind the planned rallies.

“I have heard that they (cartels) finance the rallies because we ordered them to. Let them organize the rallies, but our firms can no longer be the slaves of brokers and cartels that have held our markets hostage,” Ruto noted while speaking his Deputy Sheriff Rigathi Gachagua to get them out.

Gachagua, while addressing the congregation, promised to whip the Azimio politicians before resuming his role.

“Go find those who were with you, because our president is busy. You’ve been looking for Jeffrey Smith as a whistleblower. What you do is what you have been doing all these years.

“It is my duty as Deputy President to protect the leadership of President William Ruto. And under my supervision, no one will harass him,” he stated. 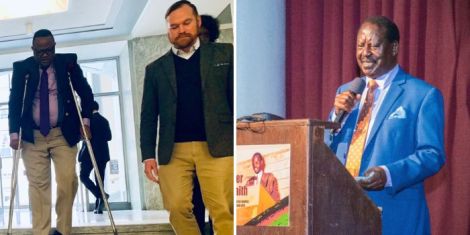