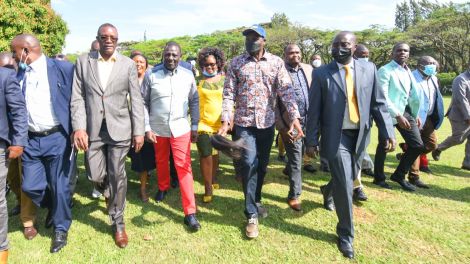 Addressing his supporters who had flocked to the streets, the DP spotted a woman with an umbrella and paid Ksh20,000 for her.

Ruto asked the woman to pass him the umbrella because it was raining and in return he asked his assistants who were in his vehicle to give him Ksh 20,000.

In another incident, the DP was seen having a private conversation with a young man on crutches to whom he gave Ksh 20,000.

Ruto had previously donated Ksh2 million to boda boda Saccos and small traders in Awendo, Migori County, where he attended a church service.

The vice president ordered that 1.5 million Ksh be given to 48 boda boda Saccos in the constituency, and that 500,000 Ksh be distributed to mama mbogas.

“The money I gave you is little. Next year we won’t give you cash. We will set aside Ksh 120 million in each constituency to empower small traders such as boda boda operators and mama mbogas, ”said Dr Ruto.

He urged the people of Awendo to vote for him, noting that he is in the best position to succeed President Uhuru Kenyatta in 2022. The DP told the congregation he has Kenya’s best interests at heart.

In 2019, DP Ruto’s son Nick Kipkurgat Ruto sparked debate, with many wondering if he had any political ambitions after donating thousands of shillings to Siaya in a fundraiser.

Together with his close allies, including Victor Ayugi, Jubilee Youth League official, George Maina, Brian Mundinia and others, they organized a fundraiser for the benefit of the Nyamasore Catholic Church in Rarieda constituency.

Reports indicated that young Ruto made a personal contribution of 250,000 Ksh and, with others, raised 800,000 Ksh for the church.

Speaking at the fundraiser, Nick asked parents to instill good values ​​and the word of God while raising their children. 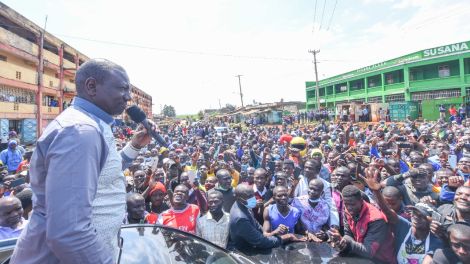