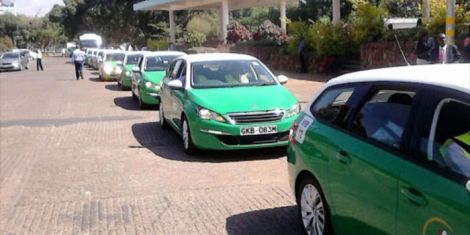 In the directive, Ruto referred the National Transport and Safety Authority (NTSA) back to the Ministry of Transport of the Interior.

Former President Kenyatta had in 2019 moved NTSA to the Department of the Interior and National Coordination.

The move was initiated by an Executive Order signed by President Kenyatta.

An image of NTSA vehicles paraded in Uhuru Park at a previous event.

ALSO READ  Missing Aide-de-Camp, Ruto & Gachagua with own bags; This is why

“For the efficient, rapid and coordinated performance of the function of road transport and security, it will be carried out by the Ministry of the Interior,” the January 21 order read.

NTSA was then located under the Department of Transportation, Infrastructure, Housing and Urban Development.

During his tenure as president, Kenyatta issued an order withdrawing NTSA agents from the roads and having traffic police as custodians of their duties.

“From now on, NTSA agents will not be on the road, as the responsibility for enforcing the traffic rules rests entirely with the police. Let the police make sure all the rules are followed,” Uhuru ordered.

The authority has had a disagreement with the police over who should man the roads, but this changed in February 2022 following a court ruling.

In the court ruling, NTSA suspended seven key services from its platform.

The move by Ruto now places the Authority under the supervision of Transport and Roads Minister Kipchumba Murkomen. 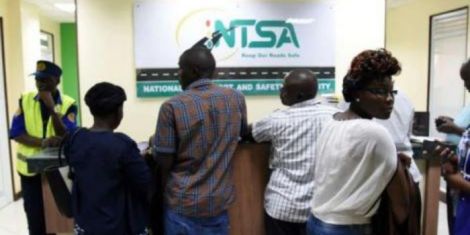 An image of citizens receiving services at NTSA offices.