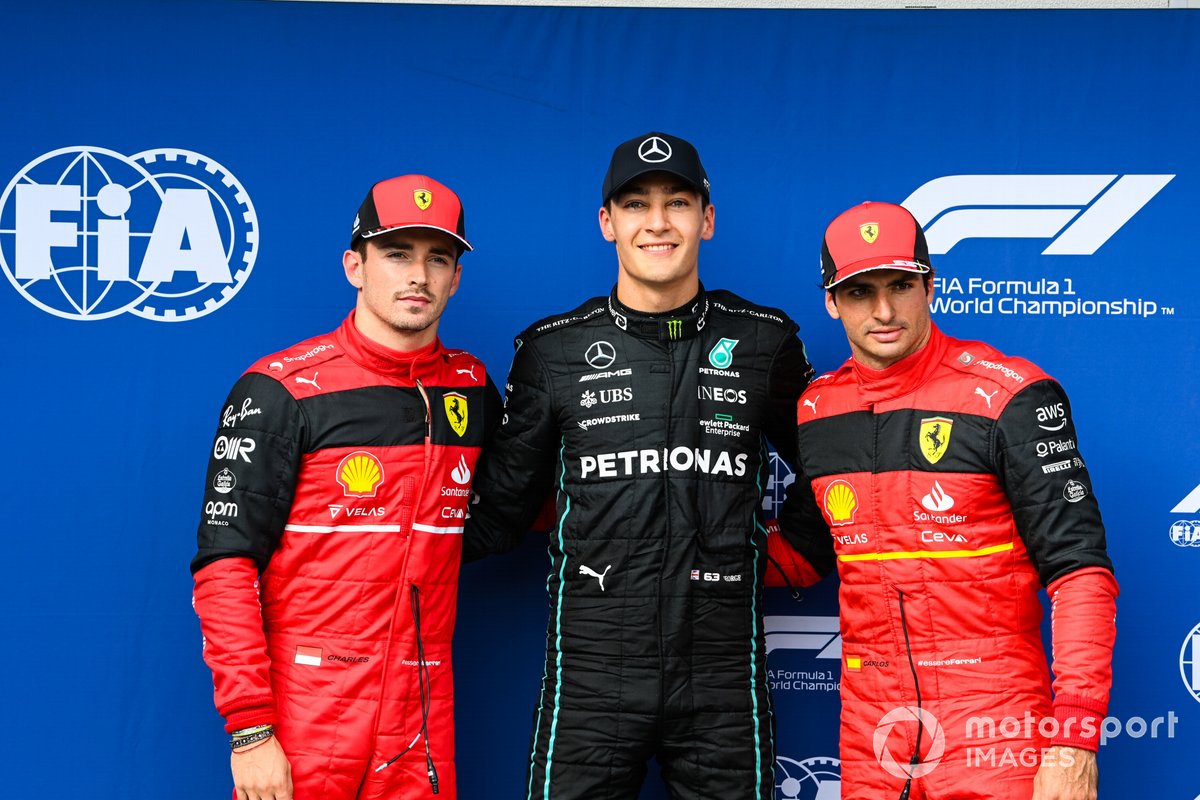 Sainz led the way after the first Q3 runs at the Hungaroring and with his Ferrari teammate Charles Leclerc unable to beat his time Sainz improved again to seemingly cement a certain pole position.

But Sainz’s bid for a second career pole was thwarted in the closing seconds of the top-10 shootout by Mercedes’ George Russell, who took a shock maiden pole.

Sainz lost just 0.044 seconds on pole and said he was disappointed to be beaten by Russell as he labeled his own last run “nothing special”.

“Probably that two-lap Q3 run was nothing special. It wasn’t good enough for pole, so I’m a little disappointed too, because with the perfect lap I would have been there for sure,” Sainz said.

“But I think George put in a really good lap today and he deserves it, so congratulations.”

Sainz, who trailed Leclerc earlier this season as he tried to tailor the Ferrari more to his liking, said his qualifying performance did indicate a better understanding in the car.

“I felt like I had everything more or less under control during qualifying today,” he explained.

“We continue to make steps in the right direction, which makes me feel more and more comfortable and more together with the car and there were some good laps today.”

After struggling through Friday practice, Russell said he had been left in the dark about Mercedes’ race pace, saying he would be “appalled” if Mercedes were able to maintain its level of performance in qualifying at Sunday’s grand prix.

With the rain from Saturday’s FP3 washing the rubber off the track, Sainz said Ferrari was in the same boat and he felt the changing track conditions on Saturday afternoon were affecting Ferrari’s pace advantage over its rivals.

“Obviously the track conditions have changed, especially on soft tyres, maybe they didn’t go in our direction because yesterday we seemed to have a pace advantage that we certainly didn’t have today,” explained Sainz.

“Even in Q1 and Q2 we didn’t have a margin that we had in other races this year and we had to make sure we put our set of new tires [on] and do it at the right time, because the midfield was definitely closer to us than where they were yesterday.

“We’re certainly not very happy with today, the way the car and everything did, but with a perfect lap I could have put it there, so that’s why I’m disappointed.”