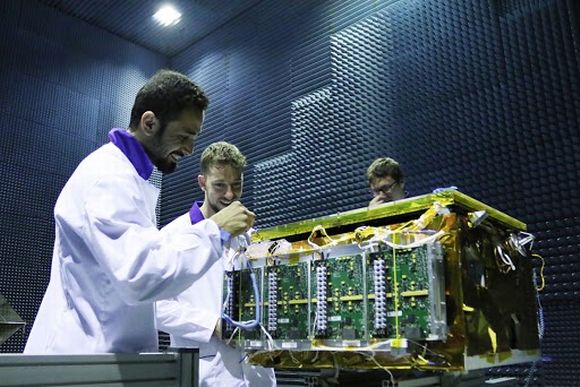 Finnish satellite technology company ICEYE sold a microsatellite in Brazil, but the deal was criticized by experts in the South American country and Finland.

The Brazilian Air Force plans to use the microsatellite to monitor and prevent deforestation in the Amazon rainforest.

However, some Brazilian researchers have claimed that the acquisition was just a form of greenwashing and that the government’s real intention was to hide the ongoing deforestation.

At the end of December, the Brazilian Air Force signed a confidential agreement with the Finnish company ICEYE to acquire a microsatellite as part of a transaction valued at around 30 million euros.

The Brazilian government posted a notice of the transaction on the country’s official website, which referred to “national security” in the brief description of the acquisition.

Co-founder and Director of Strategy of ICEYE, Pekka Laurila, the news of the deal confirmed to Svenska Yle News.

“Of course, I am very proud of our team and our technology, and also that ICEYE has been chosen as the most suitable among all [available] international alternatives, ”he said.

The deal was heavily criticized by researchers at the Brazilian National Institute for Space Research (INPE).

Searcher Gilberto Câmara said the Brazilian government’s plans for using the satellite are to distort data on the amount of Amazon rainforest being cleared. He said the satellite would become a tool for so-called greenwashing, a method of transmitting misleading information to make situations look better for the environment than they actually are.

“The government’s plan is to keep information on deforestation confidential and compromise the transparency for which the INPE is responsible,” said Câmara, who headed the Brazilian Space Research Institute in 2005-2012.

Câmara said the microsatellite in question was ineffective and unsuitable for its intended use, saying the device worked well in Finland to distinguish between ice and ships in water but was not the right tool. to monitor Brazil’s rainforest.

The Space Research Institute has been monitoring the country’s deforestation since 1988 and publishes daily reports on the subject for research purposes. The program has enjoyed a high level of international recognition for its transparency.

“Compared to the satellites already used by INPE, the ICEYE satellite would add nothing, its power is limited,” Câmara said, adding that because of this he suspects that the Brazilian government is fully aware that the satellite is not was not suitable for its intended purpose. goal.

“The army wants to measure the levels of deforestation in order to be able to ignore the data of the INPE [on the topic]. The deforestation data provided by the INPE has not been appreciated by the government, ”Câmara said.

INPE sent a warning letter on the deal to the Brazilian government.

Câmara said the deal reflects similar events that have been going on in Brazil for a long time. The right-wing president of the country Jair Bolsonaro has become known to ignore environmental issues and is committed to opening up the country’s rainforests to further exploitation.

Bolsonaro also criticized the INPE statistics, calling them misleading and damaging to the country’s reputation.

ICEYE co-founder Laurila said he was unwilling to comment on INPE’s criticism of the deal.

“Unfortunately, there is not much I can do at this point. We can confirm that there is a contract, as public documents show. But due to a confidentiality agreement, we cannot make separate statements on our behalf, ”Laurila told Svenska Yle by email.

In order to sell the satellite to another country, ICEYE needed an export permit, as these devices are classified as dual-use items as they can also be used for military purposes.

The Finnish Foreign Ministry has confirmed that ICEYE has received prior approval of the transaction, a move that will speed up the processing time for export permits.

The director of the ministry’s export control unit, Teemu Sepponen, decisions on export permits are based on information provided by the companies, as well as an independent investigation by the unit.

“I can’t comment on more at this point,” Sepponen said.

Associate Professor of Global Development Studies at the University of Helsinki, Markus Kröger, said he strongly questioned the sale of the satellite to the Bolsonaro government.

“It is not possible to sell satellite surveillance technology to such a government. It is not ethical,” he said.

The researcher, who studies Brazil in particular, said that under his current leadership the South American country was inevitably heading towards a dictatorship, adding that he believed accusations that Bolsonaro was using the technology for his own gain were credible. .

“The Brazilian government is ignoring or sacking experts who do not support Bolsonaro’s policy,” Kröger said, referring to the Brazilian president’s past conflicts with INPE experts.

Kröger noted that a key point in this situation is that the agreement on the satellite was explicitly made with the Brazilian Ministry of Defense and the Air Force.

“The aim appears to be to move satellite surveillance from civilian entities to the military, and for purposes other than protecting the Amazon,” the researcher said.

Finnish companies have yet to understand how risky doing business with Bolsonaro can be for their corporate reputation, according to Kröger, who said he believed that by approving the satellite deal, Finland was interfered with in the domestic politics of Brazil.