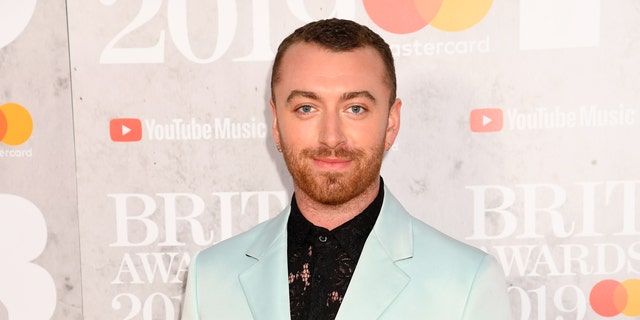 Singer Sam Smith called for an end to segregated awards for men and women, but lamented this year that no women were nominated for the now gender-neutral “Artist of the Year” category for the BRIT Awards.

British pop star Sam Smith, who identifies as non-binary, called for awards in 2021 not to discriminate based on gender.

“I look forward to a time when award ceremonies can reflect the society we live in. Let’s celebrate everyone regardless of gender, race, age, ability, sexuality and class,” he said.

Adele won the first gender-neutral award for the category in 2022, and while she said she can “understand” why the nature of the award changed, she still praised women as a distinct group and proclaimed that she is “really proud of us” is.

However, no women were nominated for the gender neutral category, which Smith said was “a shame”.

“It’s a shame,” the artist told The Sunday Times. “Things are moving forward, but it’s clear it’s not there yet. Show that [best artist] list, there’s still a long way to go.”

Smith also appeared to be calling for awards to underrepresented groups to inspire audiences, rather than praise achievement.

“[The BRITs] just have to celebrate everyone because this isn’t just about artists getting awards. Awards are for kids who watch TV and think, ‘I can make music like that,'” the musician said. Awards are there to inspire.”

A representative for the BRIT awards reportedly explained to The Mirror that there were “less high-profile female artists in the cycle with major releases”.

Commentators on Twitter lamented the lack of female representation, but some blamed Smith and those calling for the end of gendered categories.

“All the fuss about having gender neutral BRIT awards means NO female nominees for the Artist of the Year award! Well done to the men who want it ALL!” wrote British radio worker and author Dr. Pam Purr. “Just shove female artists under the bus when they already have fewer music opportunities! (I hope Sam Smith is happy!) #BRITAwards.”

Broadcaster Dominique Samuels had a similar comment about the fallout from waking ideology.

“So the Brit Awards in their insane quest to make everything ‘gender neutral’ had only nominated MEN in their Artist of the Year category after removing ‘Best Male’ and ‘Best Female,'” she tweeted. “At this point the jokes just write themselves.”

The involvement of transgender athletes in competitive sports has sparked a conversation about eradicating biologically female athletes who cannot compete with male physiology.
(Photo by Rich von Biberstein/Icon Sportswire via Getty Images)

Comedian Simon Evans joked to GB News in a rebuttal that seemed to draw parallels to women being replaced in sports by transgender athletes with male musculature: “It seems upper body strength is needed to make good pop music, is that right? “

Alexander Hall is an associate editor for TBEN News Digital. Story tips can be sent to [email protected]