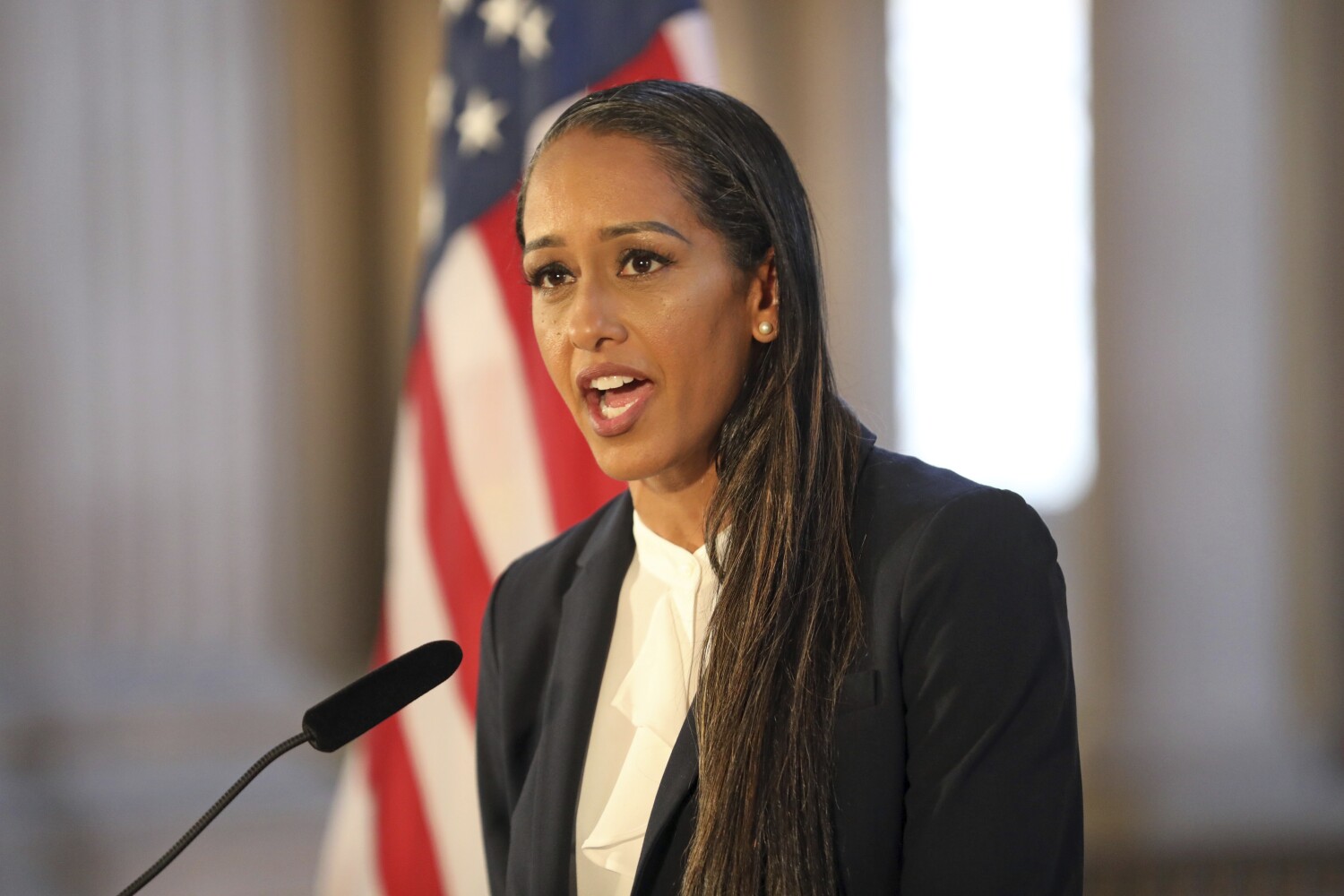 The move is part of a series of policy changes targeting drug dealers, particularly in fentanyl cases, which could lead to higher incarceration rates and higher convictions.

“We need to make changes now to save lives,” Jenkins said at a news conference on Wednesday, announcing the changes.

Under the new policy, those arrested with more than 5 grams of drugs will no longer be sent to the San Francisco community courts; dealers selling drugs within 300 yards of a school could face higher penalties; and “extreme” cases of trafficking in fentanyl can lead to pre-trial detention.

For those whose plea deals are revoked, the district attorney’s office will file a felony charge, including jail time as part of a new offer, the office said.

“We need to send a strong message that if people choose to sell drugs in our city, they will be held accountable,” Jenkins said.

The new policy is a reversal from that of Chesa Boudin, the previous prosecutor, who lost a voter recall attempt in June amid sharp blows from conservative activists and residents who criticized his government as too progressive and said that it made San Francisco unsafe. Jenkins, formerly a homicide prosecutor in Boudin’s office who resigned last October and became an outspoken critic of her former boss, campaigned for Boudin’s resignation.

According to Jenkins’ office, one of the more “outrageous” plea deals to be revoked involves a defendant involved in six pending cases for alleged trafficking of fentanyl in the Tenderloin, a neighborhood at the center of the city’s drug crisis. The defendant was in Community court and originally offered to plead guilty to a single offense to settle all six cases.

Local officials and residents weighed in online, with some criticizing the policy as a throwback to the failed war on drugs in the 1990s that disproportionately affected people of color and poor communities.

“If District Attorney Jenkins really wants to tackle our city’s problems, she shouldn’t rely on outdated and politically appropriate sound bites about tougher enforcement,” San Francisco’s public defender Mano Raju said in a statement. “Fifty years of evidence from the war on drugs has shown that these criminal practices have not prevented recidivism or improved community health and safety.”

Jenkins, who was appointed on an interim basis by Mayor London Breed after Boudin’s impeachment, will face voters in November when they will decide whether she or another candidate will complete Boudin’s term.

Boudin announced on Twitter on Thursday that he will no longer run in November.