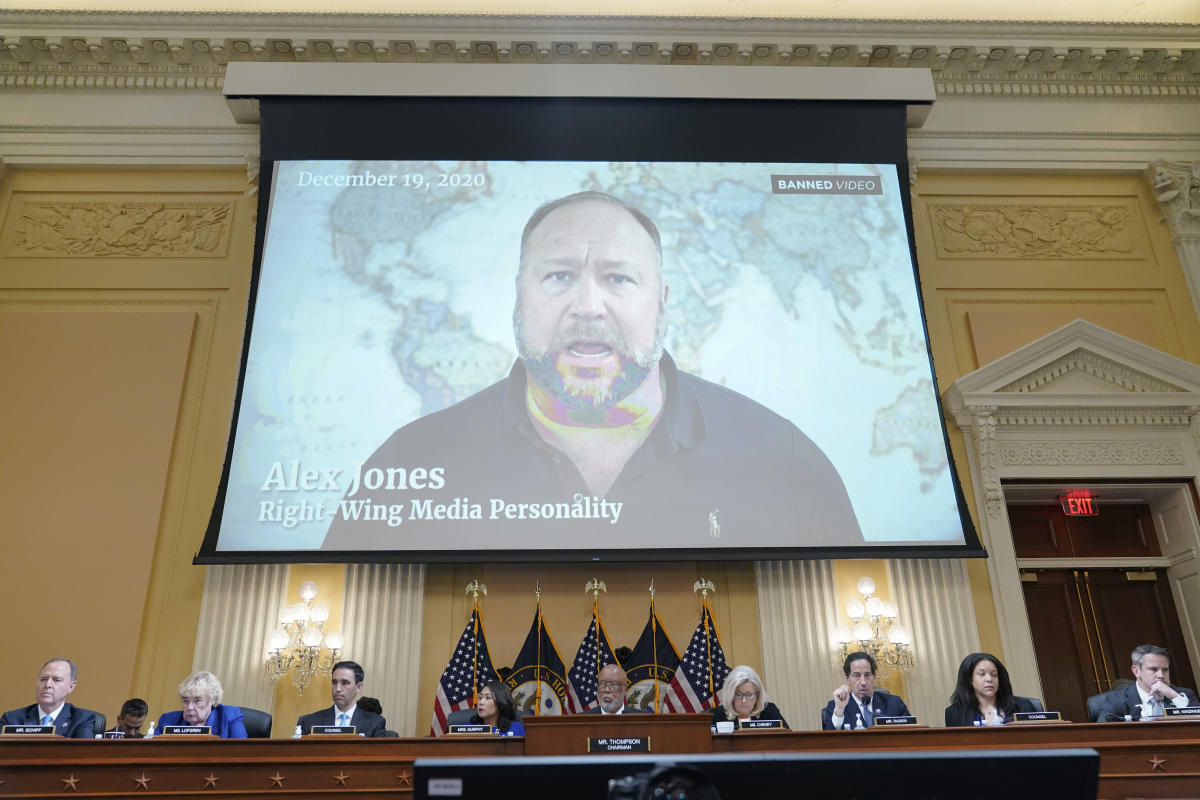 Attorney Mark Bankston said in court that the commission investigating the attack on the United States Capitol has requested the digital data.

The House Committee did not immediately return a request for comment.

The day before, Bankston revealed in court that Jones’ lawyer had mistakenly sent Bankston text messages from Jones’ cell phone for the past two years.

Jones’ attorney, Andino Reynal, asked for a mistrial over the mishandling of records, saying they should have been returned and all copies destroyed.

He accused the Bankston of trying to perform “in front of a national audience.” Reynal said the material included a review copy of text messages spanning six months from late 2019 through the first quarter of 2020.

Attorneys for the Sandy Hook parents said they followed Texas civil evidence rules and Jones’ attorneys missed their opportunity to properly request the return of the documents.

“Mr. Reynal uses a fig leaf (to cover) for his own malpractice,” Bankston said.

Bankston said the documents falsely sent to him included some medical records from plaintiffs in other lawsuits against Jones.

A jury in Austin, Texas, decides how much Jones should pay the parents of a child killed in the 2012 school massacre over Infowars’ repeated false claims that the shooting was a hoax made by gun control advocates.

Last month, the January 6 committee displayed graphic and violent text messages and played videos of right-wing figures, including Jones, and others who swore January 6 would be the day they would fight for Trump.

The Jan. 6 commission first subpoenaed Jones in November, demanding a statement and documents regarding his efforts to spread misinformation about the 2020 election and a rally on the day of the attack.

In the subpoena letter, Rep. Democratic Chair Bennie Thompson, who helped Jones organize the January 6 meeting at the Ellipse that preceded the uprising. He also wrote that Jones repeatedly promoted Trump’s false claims about voter fraud, urging his listeners to head to Washington for the rally, and march from the Ellipse to the Capitol. Thompson also wrote that Jones “made statements suggesting that you had knowledge of President Trump’s plans regarding the rally.”

The nine-member panel was particularly interested in what Jones said shortly after Trump’s now infamous December 19, 2020 tweet telling his supporters, “Be there, will be wild!” on January 6.

“You went to InfoWars that same day and called the tweet ‘One of the most historic events in American history,'” the letter continued.

In January, Jones was impeached by the committee in an hour-long virtual meeting in which he said he was exercising his Fifth Amendment right against self-incrimination “nearly 100 times.”