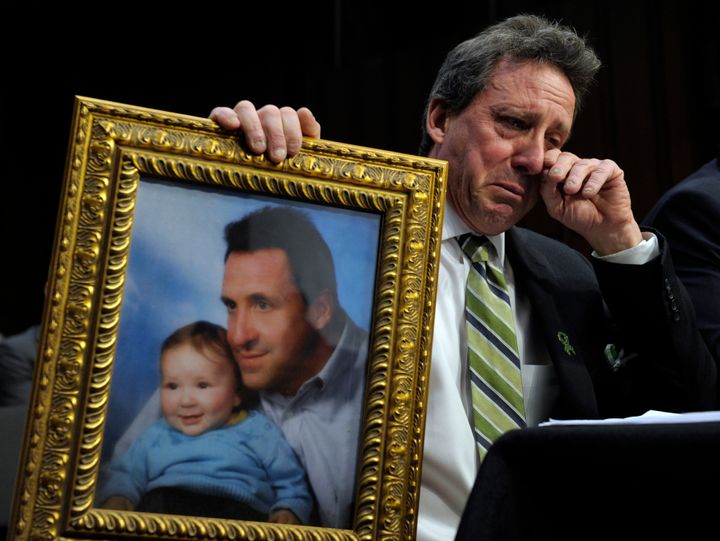 The parent of a child killed in the Sandy Hook Elementary School shooting testified Friday that conspirator Alex Jones should be held responsible for the lies he has spread about his dead child over the years.

“Alex Jones’ apologies are worthless,” said Neil Heslin, whose 6-year-old boy Jesse Lewis died in the 2012 shooting. “At this stage any apology would not be sincere, it’s too late. I don’t even know if Alex is able to apologize sincerely.”

Jones is on trial in Austin, Texas – where his conspiracy outlet Infowars is located – to determine how much money he will ultimately have to pay parents Heslin and Scarlett Lewis, whose son was killed in the shooting that killed 20 children and six adults. For years, Jones and others associated with him have spread the lie that the shooting was fake.

Heslin made it clear in court on Friday that he is not after Jones’ money, but that hitting him in the wallet may be the only way to get him to stop his lies.

“I believe this is the only way to end it, to prevent this from happening again,” Heslin said. “There has to be a strong deterrent to put an end to what is being said.”

Heslin described his son as an “energetic” child who loved animals and helped others. On the day of the shooting, Jesse led his classmates to safety and probably saved lives. Jones was not in court during Heslin’s testimony.

“It’s disrespectful,” Heslin told the jury about Jones’ absence from court. “I think it’s a cowardly act on the part of Alex Jones not to see me here in this courtroom. He doesn’t have the courage to sit here and look at me.”

Heslin described the harassment he faced over the years, including an incident he described as “a few years ago” where his home and vehicles were shelled.

“I fear for my life, for my safety, for the safety of my family,” Heslin said. He and Lewis have had private security with them as the trial, now in its second week, goes on.

In her own testimony Friday, Lewis described a Christmas morning after the shooting when a man drove to the house to take pictures. Lewis said she now has a weapon to protect against those who want to harm her surviving son.

“I am a single mother responsible for the safety of both my boys, and I was unable to protect either of them,” Lewis testified. “So I’m going to protect my surviving son.”

The court also played a voicemail message from Infowars listener Lucy Richards, who was sentenced to five months in prison for sending death threats to Sandy Hook parent Lenny Pozner.

“You’re a loser, you’re going to rot in hell,” Richards said into the voicemail played to the jury. “Death is coming to you very soon, you bastard. You’re going to die.”

Jones’ attorney, Andino Reynal, said in his questioning of Heslin that the Sandy Hook lie did not come from Jones. Heslin said that even if it were true, it was Jones’ huge platform that caused the lies to spread.

“Alex is the one who lit the match and lit the fire,” Heslin told the court. “Others brought him wood to keep it running. That’s because Alex has such a large platform.”

The plaintiffs’ lawyers are seeking $150 million in damages.

The Bharat Express News - August 17, 2022 0
Concerns are swirling in the Kremlin and splashing on the screens of Russia's tightly controlled state media. Moscow's grueling invasion of Ukraine and...