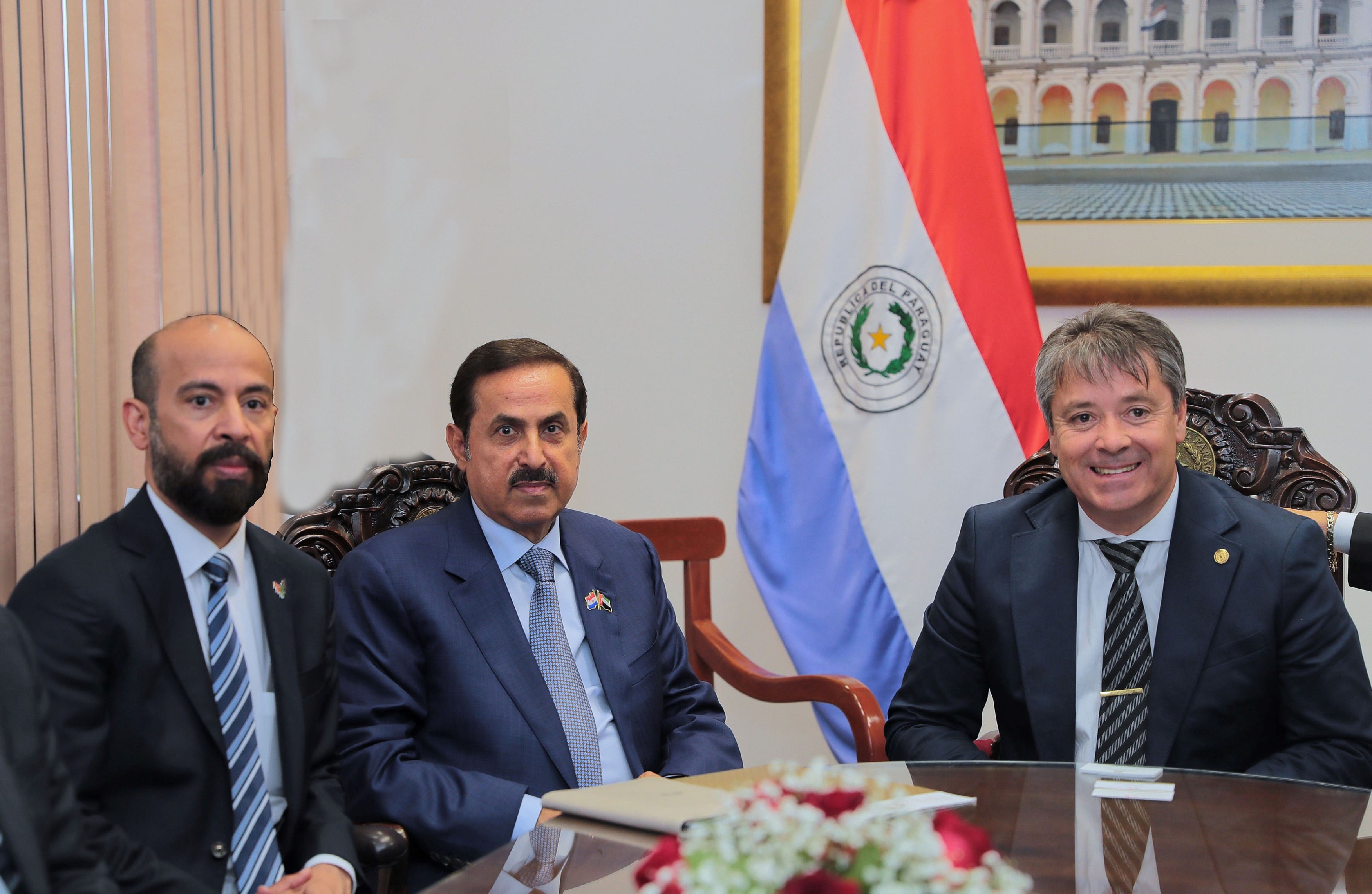 During the meeting, the importance of activating joint cooperation at the level of parliamentary work, coordination in international forums and forums, especially the Inter-Parliamentary Union, and the role of parliamentarians in combating terrorism that threatens international peace and security, as well as the role of parliamentarians in supporting the efforts of governments and their keenness to stop the repercussions of humanitarian crises and strengthen Cooperation in the fields of energy and support for the directions of the governments of the two countries and their keenness to activate cooperation in all fields.

ALSO READ  The "Health Program" ... a partnership that enriches the medical sector with specialized national cadres

His Excellency Saqr Ghobash said that the UAE, under the directives of His Highness Sheikh Mohammed bin Zayed Al Nahyan, President of the State, “may God protect him”, is keen to do everything that would develop and develop various forms of cooperation with all friendly countries and to build bridges of trade, economic and investment cooperation that would benefit and benefit the people. Our country and these countries.

He pointed out that the relations between the UAE and the Republic of Paraguay are witnessing great development and growth, expressing his thanks and appreciation for the hospitality and warm welcome accorded to the delegation of the Council, pointing out that parliamentary visits contribute to strengthening relations at the parliamentary and political levels within the framework of ensuring peace and security in the country. The region and the world, seeking to promote sustainable development efforts, paying attention to youth, environment and climate issues, confronting terrorism and extremism, non-interference in the internal affairs of countries, and resolving existing conflicts in a number of countries through peaceful negotiations.

He pointed to the importance of developing economic areas of common interest to the UAE and Paraguay, such as energy, renewable energy and food security.

And discussed the possibility of launching joint projects with leading technology companies, investments in clean technologies and the green economy, establishing joint innovation centers and cooperation between research and innovation centers in the two countries to support the energy sector.

His Excellency affirmed the UAE government’s aspiration and interest in enhancing economic cooperation and developing trade and mutual investments with the Common Market of Latin American Countries (Mercosur).

His Excellency also thanked the Speaker of the House of Representatives and the Governor of the Republic of Paraguay for its interaction through its participation in Expo 2020 Dubai.

His Excellency Saqr Ghobash invited His Excellency Carlos Maria Lopez, Speaker of the House of Representatives of Paraguay, to visit the UAE, praising Paraguay’s support for the UAE in all nominations for international membership, in addition to mutual support in international and regional forums on political issues and unifying positions and visions.

In turn, His Excellency the Speaker of the House of Representatives welcomed the invitation to visit the United Arab Emirates to enhance the existing cooperation in various vital sectors, stressing the importance of the visit of the delegation of the Federal National Council to the Republic of Paraguay, and expressed his aspiration that parliamentary cooperation would boost economic and investment cooperation between the two countries, especially that Uruguay The UAE is considered the gateway to trade in the Middle East.

His Excellency stressed the strength of the existing cooperative relations between the two countries, pointing to the importance of activating and developing parliamentary relations to achieve the common interests of both sides. He praised the role of the Emirati parliamentary diplomacy, its efforts and its participation at the level of international parliaments, stressing the aspiration of the Republic of Paraguay to strengthen its relationship with the UAE in all fields. His Excellency praised the resounding success achieved by the Expo and the distinguished position that the UAE has achieved in various fields, especially the field of organizing exhibitions and conferences, expressing his happiness for the classification of Paraguay as “the happiest place in the world” during Expo 2020 Dubai, stressing that the Expo Dubai 2020 reflected the position that the UAE enjoys at the regional and international levels, and the exhibition for the various participating countries constituted an important platform for enhancing aspects of cooperation and forging partnerships.