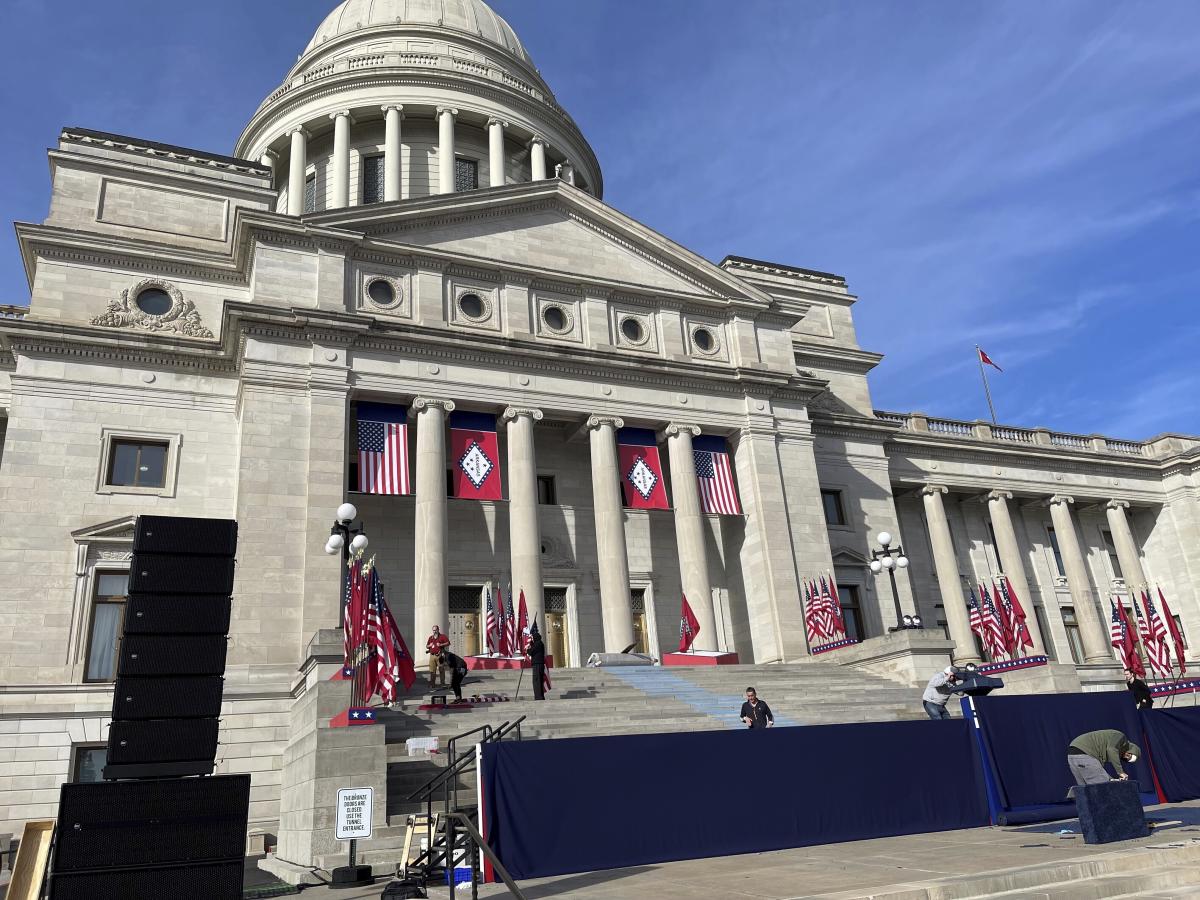 Sanders will take the oath of office in the state House of Representatives before delivering a speech to a joint session of the legislature. The 40-year-old Republican will then deliver her inaugural address on the steps of the Capitol.

Sanders, who served as White House press secretary for nearly two years, won the election for governor last year after focusing heavily on national issues and her time for former President Donald Trump. But since the election, she has largely avoided the former president and has said she wants to turn her attention to Arkansas.

Sanders becomes the most famous former Trump official in elected office. Her father, Mike Huckabee, served as governor of Arkansas for over a decade.

Arkansas lawmakers met Monday for the start of the annual legislative session. Sanders has said her top priority is education reform, which she says will focus on improving literacy, teacher pay increases, school safety measures, and some form of using government money to pay for private or homeschooling. She has also said she would support legislation similar to a Florida law banning instruction on sexual orientation and gender identity in kindergarten through third grade.

Other items on Sanders’ legislative agenda include cutting state income taxes and public safety measures. She takes office with the state sitting on more than $2 billion in reserves and with Republicans in the legislature expanding their supermajorities in November’s election.

Sanders succeeds Asa Hutchinson, who is stepping down after eight years due to term limitations. Hutchinson, a Republican, is considering running for president. He has said that Trump winning the GOP nomination again would be the “worst case scenario” for his party.