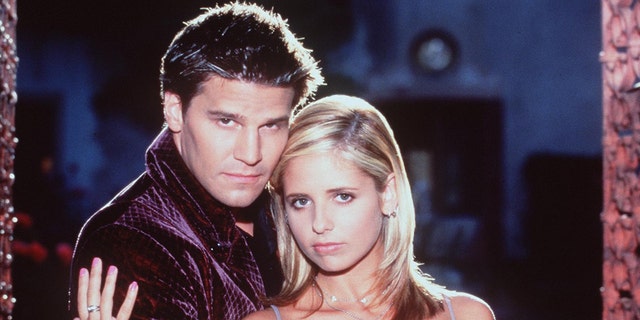 Sarah Michelle Gellar is proud to have been the official vampire slayer of her generation.

In a recent interview with SFX Magazine, Gellar discussed her time on “Buffy the Vampire Slayer,” revealing how she feels about the show 20 years after the last episode aired.

Gellar said she’s “really proud of the show we’ve made”, but she doesn’t think her story as Buffy should continue, saying “we wrapped that up”.

While she doesn’t want her character’s story to continue, she is “all for them continuing the story” as it tells “the story of female empowerment”.

“I like the way the show has been left. ‘Any girl who has the power can have the power.’ It’s perfectly set up so someone else has the power,” explains Gellar. “But, as I said, the metaphors of ‘Buffy’ were the horrors of adolescence. I think I look young, but I’m not an adolescent.”

The actress starred as the show’s titular character for seven seasons, beginning in 1997 until the show ended in 2003. Her character, Buffy Summers, inherited the mission to destroy vampires and other demons from her town of Sunnydale, which was built on a gate to the realm of the demons.

Gellar co-starred David Boreanaz, who plays Angel, a vampire cursed with a soul that renders him unable to feast on humans, as well as Alyson Hannigan, Nicholas Brendon, Charisma Carpenter, Michelle Trachtenberg, and Seth Green, whose characters team up to help Buffy. fight the demons.

In December 2022, Gellar talked about experiences she had working on a male-led toxic set. While she didn’t specify which set she was referring to, many believe she was talking about her time on “Buffy the Vampire Slayer,” which was run by creator Josh Whedon.

“I was on a set for so long that I think was known as an extremely toxic male set, and so it was etched in my head that that’s what all the sets were like,” she explained, before saying she’s ” women” felt. were pitted against each other” to keep them apart.

There were a lot of female characters in ‘Buffy’. Without naming names, Gellar explained that she felt they were being kept apart for fear that “if women became friends, we’d get too powerful” and that couldn’t happen.

Fans believe these statements about Whedon were made because of earlier comments made by Carpenter, who claimed in February 2021, “Joss has a history of being casually cruel. He has created hostile and toxic work environments since his early career. I know because I have experienced it firsthand. Repeatedly.”

Whedon representatives had no comment at the time when reached by TBEN News Digital.

Meanwhile, Gellar posted a statement on her Instagram, saying, “While I’m proud to have my name associated with Buffy Summers, I don’t want to forever be associated with the name Joss Whedon.”

While Gellar has made it clear she won’t be returning to the role of Buffy, that doesn’t mean she’s left the supernatural world behind. She will appear in the new series “Wolf Pack” on Paramount+. The show follows a group of teenagers who become attracted to each other after a series of unexplained wildfires in a California town awaken a supernatural being.

Gellar will play a wildfire investigator in the new Paramount+ series “Wolf Pack.”
(Stefanie Keenan/Getty Images for This Is About Humanity)

Gellar plays Kristin Ramsey, an expert brought in to investigate the mysterious wildfires. Not much else is known about her character and how heavily she plays a role in the plot.