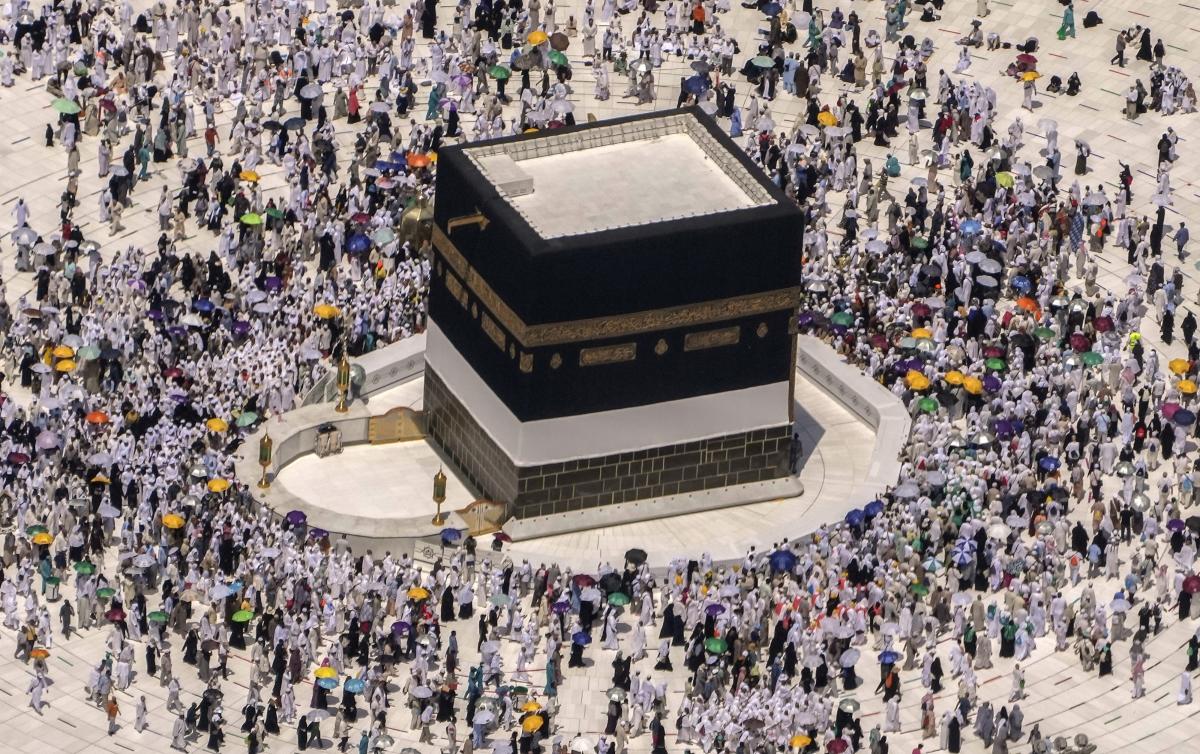 The Hajj, required once in a lifetime for all able-bodied Muslims, represents one of the world’s largest gatherings of people. Before the pandemic, pilgrimage drew millions each year to Islam’s holy city of Mecca, home to the cubic Kaaba to which observant Muslims pray five times a day.

In 2019, more than 2.4 million people took part in the pilgrimage. But in 2020, amid lockdowns due to the pandemic, Saudi Arabia drastically curtailed the hajj with only 1,000 Saudi Arabian citizens allowed to participate. It was an unprecedented step, unseen even during the flu epidemic of 1918, which killed tens of millions of people worldwide.

In 2021, some 60,000 residents of Saudi Arabia were present. Last year, 1 million believers performed the pilgrimage.

At a conference on Monday evening on the Hajj in the Red Sea port city of Jeddah, Saudi Minister of Hajj and Umrah Tawfiq bin Fawzan al-Rabiah announced the lifting of the restrictions.

“I bring you two pieces of good news at this meeting. The first: the return of the number of pilgrims to what they were before the pandemic, without age restrictions,” al-Rabiah said, according to the state-run Saudi news agency.

“And the second, to allow any Hajj mission from around the world to do business with any recognized company that meets the requirements of those countries’ pilgrims,” ​​he added.

Only those between the ages of 18 and 65 have been able to attend Hajj in recent years. Saudi Arabia also had a limited number of private companies that could arrange travel arrangements for the Hajj.

The coronavirus is not the first public health disaster to hit the hajj. The kingdom’s ruling Al Saud family stakes its legitimacy in this oil-rich nation on overseeing and protecting the hajj sites. Ensuring the Hajj takes place has been a priority for them – as well as a major economic driver bringing billions of dollars in non-oil revenue to Saudi Arabia.

Disease outbreaks have always been a concern around Hajj. Pilgrims battled a malaria outbreak in 632, cholera in 1821 killed an estimated 20,000, and another cholera outbreak in 1865 killed 15,000 before spreading worldwide.

More recently, Saudi Arabia was threatened by another coronavirus, one that causes Middle East respiratory syndrome, or MERS. The kingdom increased its public health measures during the Hajj in 2012 and 2013, urging the sick and elderly not to participate.

In recent years, Saudi officials have also imposed a ban on pilgrims from countries affected by the Ebola virus.

It was not immediately clear what health measures would be taken for Hajj, which falls at the end of June this year according to the moon-based Islamic calendar. While Saudi Arabia does not require vaccines or tests for the coronavirus, pilgrims are required to be vaccinated for other diseases.

Muslims are forbidden from kissing or touching the cube-shaped Kaaba, the metaphorical house of God in the center of Makkah around which pilgrims circle as they complete the hajj.

The hajj also involves close contact in large crowds, with more than 2,400 people killed in a riot and stampede in 2015.