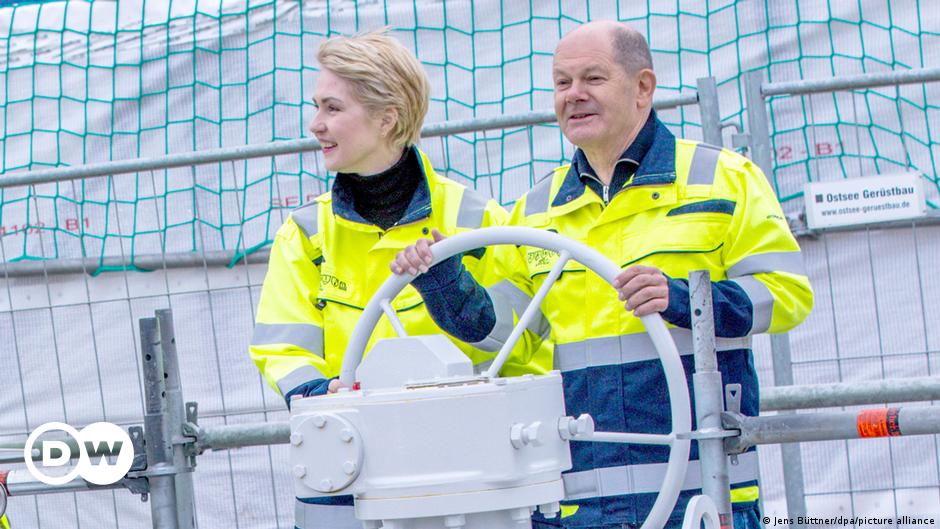 The Lubmin LNG terminal was commissioned on Saturday in the northeastern state of Mecklenburg-Vorpommern.

Last December, Germany opened its first terminal in Wilhelmshaven in the northwest. A third terminal will soon be commissioned in the northern city of Brunsbüttel.

Scholz applauds ‘getting through winter’

Scholz praised the government’s energy planning as he attended the launch of the new terminal.

“We will get through this winter, everyone will notice at home, the gas supply will not be affected,” he said.

“There has been no economic crisis in Germany either,” said Scholz, adding that this was due to the government’s ability to rapidly turn around energy infrastructure, secure new gas resources and implement multibillion-euro utilities. to enter.

Europe’s largest economy is hard at work avoiding an energy crisis after Russia’s war against Ukraine forced it to cut ties with its largest gas supplier.

In 2021 alone, Germany received some 60 billion cubic meters of natural gas through the now-defunct Nord Stream 1 pipeline. The pipeline ran under the Baltic Sea and supplied Russian gas to Germany before Russia cut power in September last year due to equipment problems.

Soon after, both Nord Stream 1 and Nord Stream 2 pipelines, which were not yet in use, were sabotaged in a mysterious incident that rendered them unusable. Western countries have suggested that the sabotage was deliberate.

What do we know about the new terminal?

The Lubmin terminal has been injected with gas as a test operation since the beginning of the week. The terminal is the only fully privately financed terminal in Germany.

It is expected to supply the east of the country with up to 5.2 billion cubic meters of natural gas annually.

Mecklenburg-Vorpommern state premier Manuela Schwesig praised her state’s contribution to energy security when she attended the launch on Saturday. She said the new terminal shows that the government is doing everything it can to ensure that energy remains sufficient and affordable.

LNG arriving by ship from different parts of the world arrives at the newly operational terminals to be converted back into gas and pumped into the grid.

Germany has struck several gas deals in recent months, including a deal to receive about 2 million tonnes of LNG from Qatar annually.

Germany cuts the ribbon at the first LNG terminal