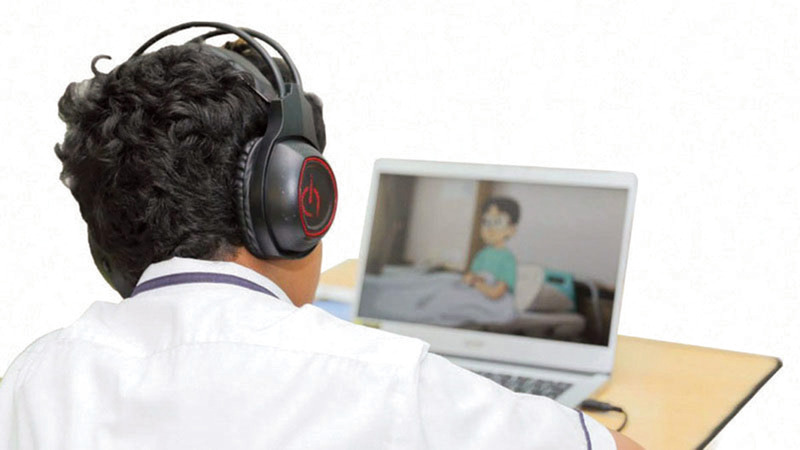 The administrations of private and public schools in the eastern region confirmed that students’ commitment to “Covid-19” measures while they were in their classrooms and school yards had a clear positive impact in the absence of the need to integrate classes into the “distance” education system, as there were no HIV infections among students and educational staff since the beginning of the year. The new academic year 2023/2022.

They indicated that they had not received any request to integrate the attendance classes into the “remote” educational system from the parents, stressing that the school administrations sensitized the students’ parents to the necessity of checking the temperature of the children and noticing any symptoms before leaving the house, and not bringing them in the event of symptoms on them with The need for the guardian to be keen to inform the school administration in case of injury, suspicion or contact, and to follow the recommended instructions, in addition to the need to download and activate the Al-Hosn application to ensure tracking in the event of a student’s injury.

ALSO READ  "The Emirati is a Saudi and the Saudi is an Emirati" tops "Twitter"... and tweets: "Together forever"

For her part, an administrator in a private school that follows the British curriculum in the Emirate of Fujairah, Asmaa Muhammad, confirmed that the school provided parents with special contact numbers in the event that the guardian suspects that his student’s son has been infected with the “Covid-19” virus, to be given the instructions and procedures to be followed, stressing that since At the beginning of the school year, there was no need to open the distance education system because a request was not submitted by parents or the educational staff of the system due to the absence of the teaching and administrative staff and students from infection or suspected infection with the virus.

A first-cycle teacher in a government school in the city of Kalba in Sharjah, Fatima Al Mazrouei, confirmed that the school administration was keen to educate the guardian during the first week of the academic year with the updated procedures and measures for the educational sector that are in the interest of the student in the first place and maintain his safety from infection with “Covid-19”. She pointed out that the cases of HIV infection among the students seemed almost non-existent since the beginning of the first semester, as all the students of her class committed to attending without notifying her by their parents of a case of contact or suspected infection or infection.

She indicated that the teacher has a role in maintaining the educational facility by educating students about the importance of wearing masks and washing hands through awareness and educational posters describing the steps for washing hands and other measures.

On the other hand, an administrator in a private school, who preferred not to be named, said that the school recorded full attendance of students, starting from the kindergarten stage to the ninth grade, since the beginning of the new school year and their discipline with the “Covid-19” instructions that the school administration directed and sensitized them to from. Through classroom teachers according to each stage.

He pointed out that only one student receives “remote” education, and he was excluded because of his injury in a traffic accident that prevented him from joining his classmates, which called on the school administration to study and evaluate his case and take a decision to enable him to catch up with his class through the “distance” education system after They follow the procedures required by the responsible educational facility.

Vehicle derailment causes two deaths and injuries to another