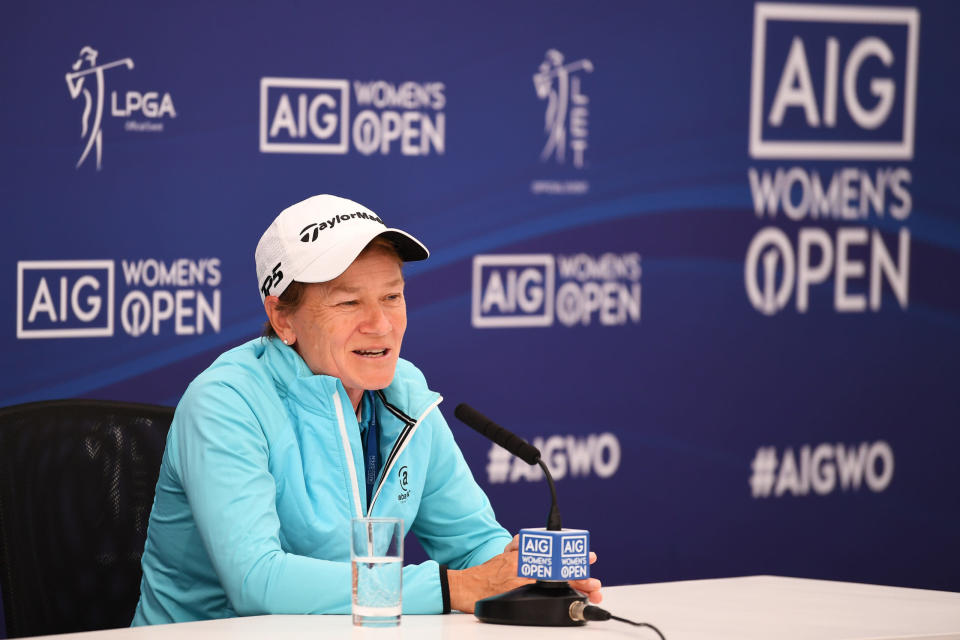 Catriona Matthew will hit the first tee shot at the 2022 AIG Women’s British Open in Muirfield at 6:30 a.m. local time. The historic moment belongs entirely to Matthew, who grew up on the Wee Course at nearby North Berwick Golf Club, where she still lives with her husband and their two girls, Katie and Sophie.

Matthew understands better than anyone what it means for the best women in the world to finally take part in Muirfield, the venue of 16 men’s British Opens. Growing up, she volunteered to compete in some of those championships and picked up trash the first time.

“I think probably one of the first times I remember being a garbage collector for one of The Opens here,” she said, “and then I was actually a scorer a few times.”

Matthew grew up naturally, winning the 2009 Women’s British Open at Royal Lytham & St. Annes, 11 weeks after the birth of her second daughter. Her most recent fame: becoming the first captain to lead Europe to consecutive Solheim Cup victories.

She’s a legend in East Lothian, and North Berwick recently reopened a clubhouse lounge in her name.

“For me personally, obviously living on the road and growing up on the road,” she said, “I never thought they’d ever play a major so close to home.”

Matthew, 52, is a four-time winner of the LPGA but has not played a full program on that tour in several years. While she joked about the challenge of getting her kids up early enough to make it to the first tee on Thursday, the meaning of the moment will take center stage for the woman many call “supermom.”

A general view of the 18th hole at The Honorable Company of Edinburgh Golfers Muirfield, the venue for the 2013 Open Championship on August 30 in Gullane, Lothian, Scotland. (Photo by David Cannon/R&A/R&A via Getty Images)

It’s only been three years since the Honorable Company of Edinburgh Golfers invited its first female members in 275 years. Matthew said she has some girlfriends who are members.

The club was actually removed from the R&A roster of the British Open host venues after a membership vote in 2016 failed to reach the two-thirds vote needed to change the rule to admit women.

They voted again in 2017 and pushed through.

“I think you should just look forward instead of backward,” said Matthew.

“Golf, starting in Scotland, we may have had a lot more traditions; that we are slowly moving with the times.”

Team Europe captain Catriona Matthew is lifted onto her players’ shoulders to celebrate her teams’ victory during the final day of singles matches of the Solheim Cup at Gleneagles on September 15, 2019 in Auchterarder, Scotland. (Photo by David Cannon/Getty Images)

As for the wave, Matthew said stronger winds than predicted would play in her favor. Players will have to take advantage of scoring on the first nine, she said, and then hold on to get in. The par 3s, she noted, are particularly difficult with no rescue areas.

“It’s actually very fair,” she said. “It’s not one of these situations where when you hit a shot in the middle of the fairway, you’re still staring at it, thinking, ‘Oh, it’s going to kick into a bunker.’

“I think if you get a good shot you stay on the fairway and on the green. In that regard, I think it’s probably very fair.”