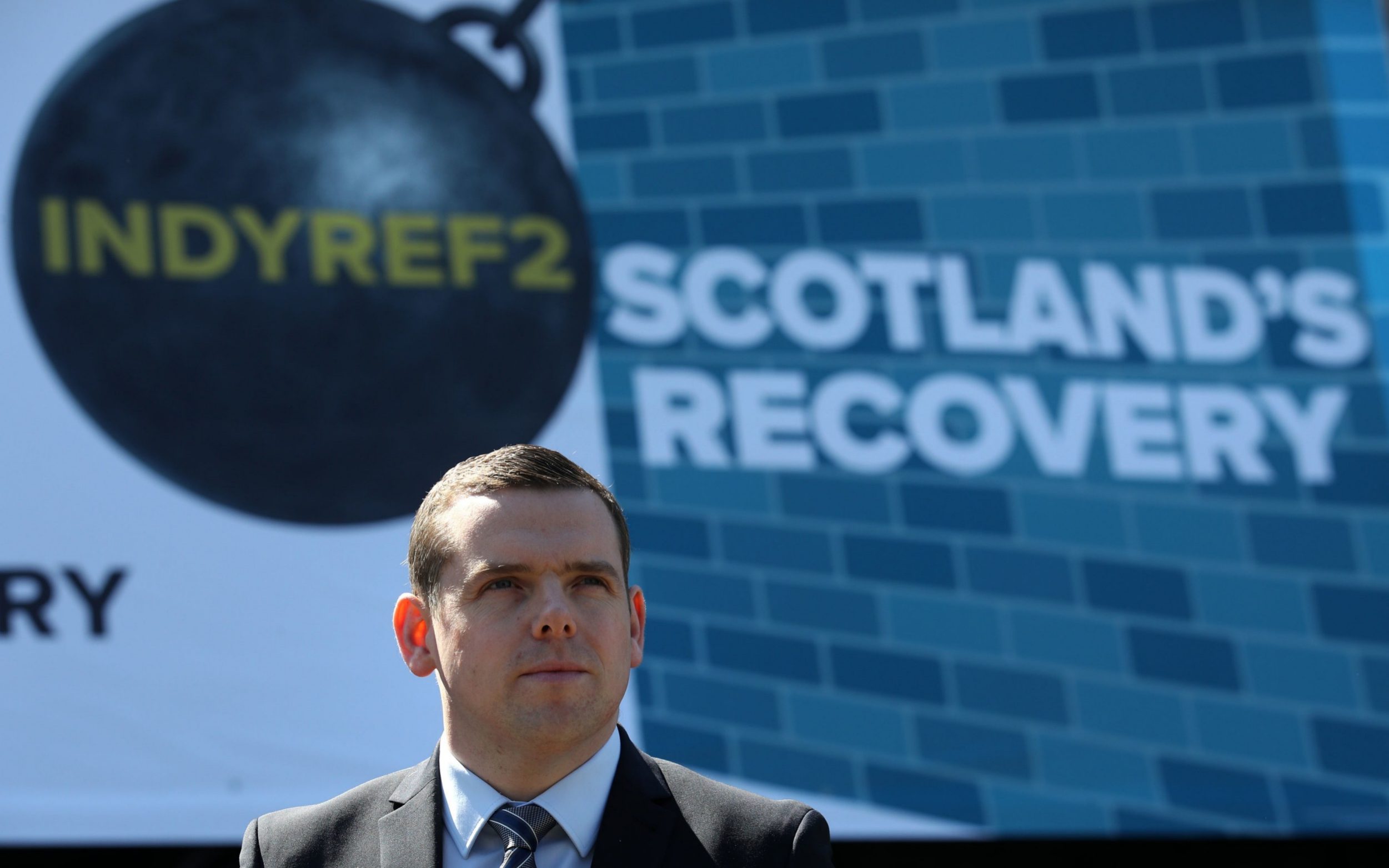 Opposition to another independence referendum is at the heart of the Scottish Conservatives’ campaign, as they attempt to deprive the SNP of a majority in this year’s local election on Thursday 6 May.

Douglas Ross, the leader of the Tories, launched the party manifesto on April 19, calling on pro-UK voters to unite behind the Scottish Tories to prevent the “reckless and dangerous” SNP plans for another referendum.

Mr Ross, who plans to continue the party’s electoral success in 2016 under the leadership of Ruth Davidson, said the Tories will keep Scotland on ‘recovery path’ in the wake of the coronavirus pandemic, and has announced a series of measures to stimulate the Scottish economy. and support businesses.

The Tories also want to recruit 3,000 more teachers, spend £ 2bn more on the NHS and send more police to the streets of Scotland.

It comes as Boris Johnson plans to spend billions of pounds on new road and rail links and to treat Scottish patients on English NHS beds in a desperate counter-offensive against the SNP.

Here is a full rundown of the key policies included in the Scottish Tories’ manifesto ahead of the Holyrood election on Thursday.

Launching his party’s manifesto, Ross has repeatedly attacked Nicola Sturgeon’s plan for a new referendum by 2023, saying a separation vote would leave the country “paralyzed”. The manifesto makes it clear that the Scottish Tories would vigorously oppose any SNP attempt to hold another referendum. The party also pledged to repeal the SNP referendum law, passed in the last legislature, which was intended to pave the way for future referendums.

Conservatives say supporting the economy to recover from the coronavirus pandemic will be the “main challenge” for the next parliament. The party is proposing a faster easing of lockdown restrictions, a 10-day deadline for processing Covid grant applications and postponing the implementation of any non-Covid regulations that would hamper businesses until 2023.

Business tariff relief of at least 25% would be offered to businesses in 2022-2023, with a full review of the proposed business tariff system by the end of Parliament. Grants of £ 500 would be offered to each adult to learn new skills. An economic development agency would be established in each part of Scotland. All homes and businesses would have access to fiber-optic broadband by 2027.

2021 Champions League final, Man City vs Chelsea: what date is it, what time does it start and what TV channel is it showing...