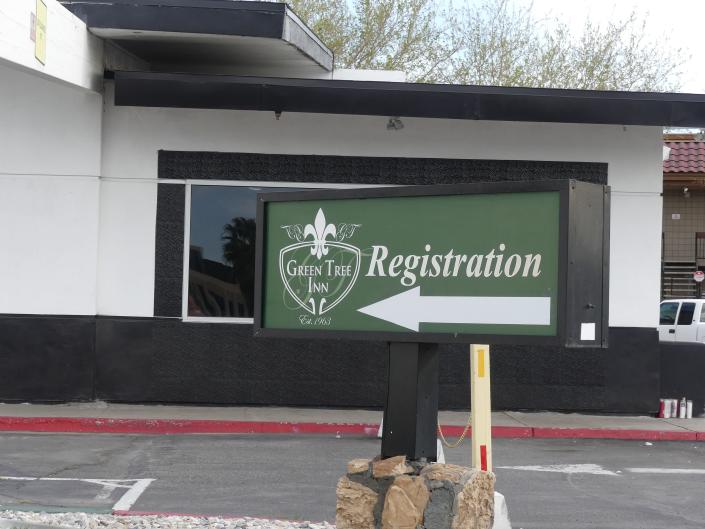 Update September 17: Homicide detectives have identified Reshawn Wingfield, 37, of Victorville as the man who was fatally shot during a physical altercation with another man. The gunman has not been identified, the San Bernardino County Sheriff’s Office said.

The sheriff’s homicide detectives continue to investigate the fatal shooting of a man in the parking lot of the Green Tree Inn in Victorville.

The shooting was reported at about 8:47 p.m. Thursday at the Green Tree Inn on the corner of Green Tree Boulevard and Seventh Street.

Upon arrival, medical personnel offered life-saving measures to the man, later identified as Reshawn Wingfield, 37, of Victorville, who was pronounced dead at the scene.

The Sheriff’s Specialized Investigations Division – Homicide took over the investigation and determined that Wingfield was involved in a physical altercation with another man when the shooting occurred.

The suspect was not found and remains unknown, according to sheriff’s officials, who gave no further details about the shooting.

Thursday’s murder marks the third violent death at the Green Tree Inn since 2021.

In July, detectives arrested 32-year-old Clarence Jones of Apple Valley as a suspect in the April 1 fatal shooting of 29-year-old transient Alexander Jackson-Baldwin.

Sheriff officials launched a murder investigation in April after a man, later identified as Jackson-Baldwin, was fatally shot outside the Green Tree Inn.

Sheriff’s officials have not disclosed how they came to the conclusion that Jones was a suspect or where he had been arrested.

In April 2021, a 45-year-old man was found dead in his vehicle at the Green Tree Inn in Victorville after sheriff’s officials said he caused a disturbance and fought with a security guard.

Deputy sheriffs found the man unconscious in his vehicle with no pulse after he responded to a report of an attack at the hotel on Green Tree Boulevard, officials said.

The Sheriff’s Department is asking anyone with information about the current shooting investigation to contact Victorville Sheriff’s Station at 760-241-2911 or Sheriff’s Dispatch at 760-956-5001.